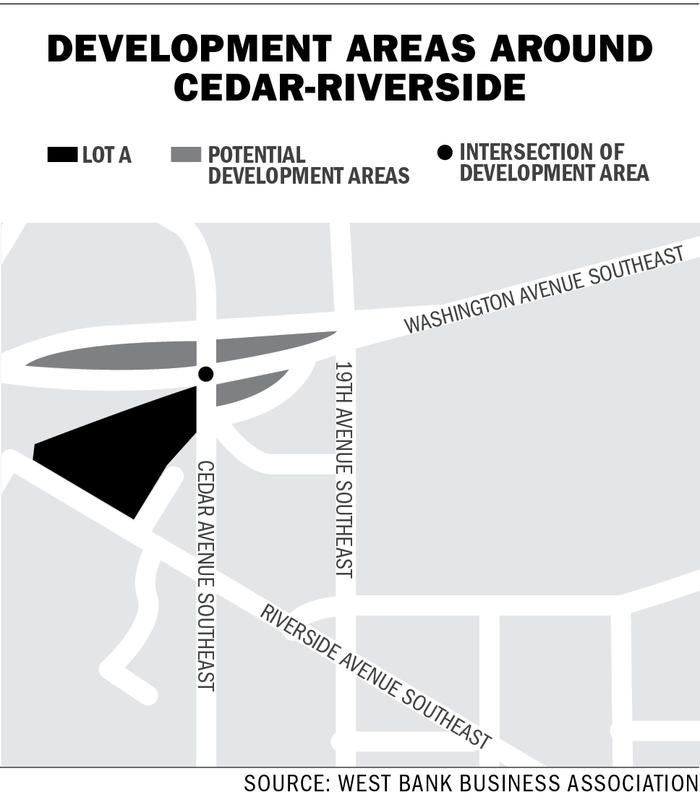 A wave of development surrounding light-rail construction has crossed the river to the West Bank, as have some familiar issues.

The Central Corridor light rail, aka the Green Line, connecting downtown Minneapolis and St. Paul, is slated to open next year. A number of developments are in the works in the Cedar-Riverside area, but they’re under scrutiny from the community.

A city-owned parking lot behind the Red Sea Bar and Restaurant that’s known as “Lot A” is likely to open up for development proposals later this year, according to city officials.

“The city sees … increased density near our transit stations,” said David Frank, director of transit development for Minneapolis. “We’re looking forward to the opportunity to replace a surface parking lot with tax-paying development.”

Discussions are just beginning for Lot A, but local businesses are worried construction would displace precious parking space in the area.

“It’s a really important lot because it has a lot of the public parking that the small businesses rely on along Cedar Avenue,” said Jamie Schumacher, executive director of the West Bank Business Association.

Community leaders also highlighted the need for a supermarket and for employment and home ownership opportunities — other possibilities for occupying the site.

“We’re not trying to dictate necessarily what the developer says, but just engaging the community with that development because it is such a critical piece of property on the West Bank,” Schumacher said.

Because of its location on the Central Corridor, there is potential for development on the other corners of Washington and Cedar Avenues as well, said Robin Garwood, policy aide to Cam Gordon, city councilman for the 2nd Ward.

“One of the hopes is that the development on the southwest corner where Lot A is will help spark some of that,” Garwood said.

Some community members are concerned about the gentrification that could come with new development. Since much of the area is rent-controlled, affordable housing isn’t as much of a worry, but businesses are a different story, said Debbie Wolking of the “Don’t Pass Us By” project.

The West Bank Community Development Corporation created Don’t Pass Us By after a University student studied the effects of light-rail stations in other low-income neighborhoods nationwide, Wolking said.

“There are … immigrant Somali, East African or Asian business owners who don’t own their buildings,” Wolking said. “There’s a potential for them to be forced out by rent increases and the gentrification process.”

“If the new developments come in, it becomes a nicer area, the rents go up because it becomes more attractive,” she said.

But if there are more units available, she said it could mean more options, and rents would remain the same.

Density is another concern for the area. Five15 on the Park, a six-story, 260-unit affordable housing complex next to Riverside Plaza, was approved earlier this month. But the project was appealed by residents worried about high density and the loss of open space.

The development is supported by the city’s plan for the Cedar-Riverside area, said Becca Farrar, a Minneapolis city planner.

“So I think … the general consensus is that this is a good project for the area.”

A public hearing is planned for April 4, and the City Council will vote on whether or not to approve the project April 12, Farrar said.

As for Lot A, the city will outline standards in its request for proposals, but developers will decide what is built there, Garwood said.

In terms of size, he said, anything on Cedar Avenue would need to be about the same scale as the Red Sea or Midwest Mountaineering.

But for the Lot A site, Garwood said, “the sky’s the limit.”