When it comes to Deb Pleasants, the question isn’t “what does she do with her time?”—it’s “what doesn’t she do?”  Mother, wife, volunteer, runner, Irish dancer, citizen journalist and all-around amazing person, Pleasants is a woman of many talents and abilities, a person who enjoys living, cares for those close to her heart and tries on a daily basis to make the world a better place.

Born in Chicago in 1961, Pleasants grew up with two older brothers.  Her parents, she said, made a lot of sacrifices so the kids would have opportunities unavailable to them.  Her mom and dad went so far as becoming Catholic just so that their children could be guaranteed admission into the Catholic school, since the public schools in Chicago were a big gamble at the time.

Her family lived for the first seven years of Pleasants’ life in what was known as “the projects” on the 12th floor of a 14-floor high rise.  (Pleasants attributes her powerhouse calves to walking up and down the stairs.) 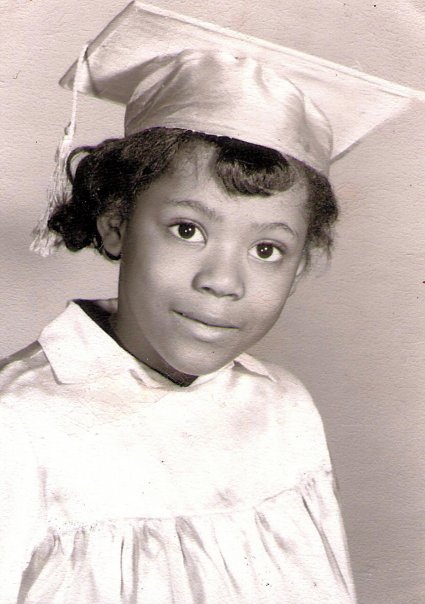 In 1969, when she was seven years old, her family became the first black family to move into their new neighborhood in the South Shore area.  “That was in 1969 and the country was still recovering from the assassinations of MLK and the Kennedys,” Pleasants said.  “Race riots had taken place in Chicago that same summer at a nearby beach when blacks tried to integrate. These were the days of ‘white flight.’  White families were moving out at night and fleeing to the suburbs to get away from people that looked like me.”

After they moved, the kids went to a new Catholic school, and were the first black students there, too.  Pleasants remembers her first day of third grade when an older girl walked up to her on the playground, called her the “n” word, and spat in her face.  The next day, another girl walked up to Pleasants and asked if she wanted to play.  The second girl’s name was Regina and she is to this day one of Pleasants’ dearest friends.

Citizen journalism – with a few detours

That year Pleasants wrote a school essay that won a city-wide writing contest.  The essay was printed in the Chicago Sun-Times. In high school, she had a part-time job writing for a neighborhood paper called the South Shore Scene and she volunteered for a teen paper sponsored by the Chicago Tribune. At Bradley University, she started out majoring in journalism but ended up majoring in criminal justice.

In her subsequent career as a probation officer, she discovered the value of writing well.  One of her key responsibilities was writing presentence investigative reports that judges used to help determine the appropriate sentence an offender should receive. “I loved writing these reports” Pleasants said, “because they were similar to the type of investigative reports journalists often wrote.”  She saw how a well-written report could influence the outcome of the case.  “I learned I didn’t need to be called a journalist to be the type of writer I really wanted to be,” she said.

Pleasants quit her job as a probation officer after fifteen years when she became pregnant with her second child.  “I decided I wanted to stay home and enjoy motherhood.”  But she kept on writing – for online publications, and at the Star Tribune where she had an essay published.

One of the places she wrote for was a publication called Mother’s Movement Online, where she published an essay called Camping While Black, in which she described a frightening camping incident in Lanesboro involving a confederate flag.  She tied the incident to her experiences growing up in Chicago during the civil rights movement.  Shortly after publishing that essay, her supervisor at the Science Museum of Minnesota, where Pleasants has volunteered since they had their Race exhibit, suggested to Jennifer Holder, a Twin Cities Daily Planet writer, that Pleasants would make a good profile subject for an article Holder was writing about volunteering.  Holder read Camping While Black and told Pleasants that TCDP editor Mary Turck was looking for good writers.  “Prior to that, I had no idea a publication like the Planet existed,” Pleasants said.  “I have written for the Planet ever since.”

Citizen journalism works, according to Pleasants, when the stories are “vetted and operate under a code of conduct which generally ensures the information is accurate and well researched,” which she believes TCDP accomplishes.    She says of TCDP editor Mary Turck: “As editor, Mary works double time fact-checking story content and making sure our writers uphold high standards. It’s not simply blogging your opinions; it real journalism.”

The big difference, Pleasants said, between citizen and traditional journalism is in the amount of legwork citizen journalists have to go through. “We are often the writer, researcher, and photographer for a story,” she said.  But citizen journalists are also motivated by passion.   “That passion is what motivates us, not money.”  Still, she appreciates the amount of money that TCDP does pay, as it helps her feel more like a traditional journalist.

The rest of the story

When she is not writing, Pleasants is a full-time stay-at-home mother and wife. She and her husband have both been married before and have three adult children, all living their own lives. Together, they have a 10-year-old son.  Her son fills her days with joy, and when she is not writing, she takes care of him. “Being there for him is extremely important to me,” Pleasants said.  “I volunteer at his school whenever possible, because I believe parent involvement helps a child achieve his best academically. I guess that’s a value instilled in me from my parents.” 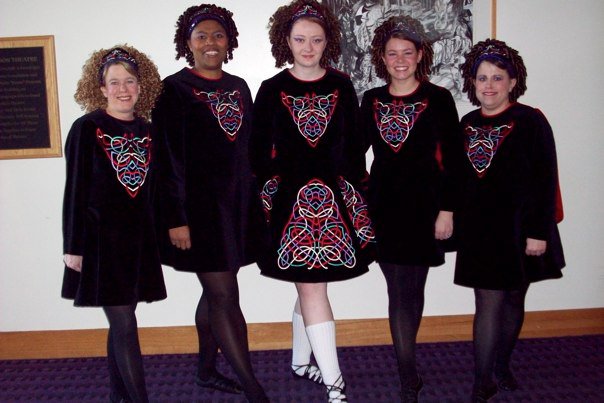 Three years ago, Pleasants began taking dance lessons at Rince na Chroi School of Irish dance. “I started, oddly, because I love all things Irish like music and dance; but especially my husband,” she said.  She discovered that the school offered adult beginner lessons and she decided on a whim that she should give it a try. “I must admit I am the oldest student in the school but I don’t care, it’s been a total blast,” Pleasants said.  “Besides, once I put my wig and dress on, I look just like all the other dancers.”  Last year, her son decided to join the school and this past spring, the two of them danced on stage together, a moment that Pleasants will treasure forever. 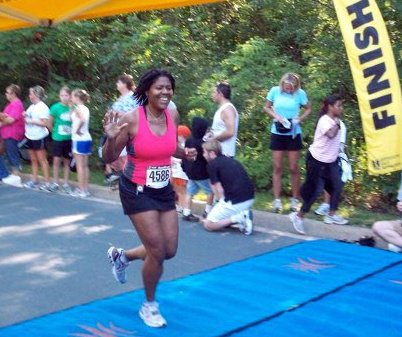 In May, after her doctor told Pleasants that she was overweight and her blood pressure was soaring, she started running.  At first she absolutely hated it.  Eventually, though, she started seeing results – her weight and blood pressure dropped.  Now she’s hooked, and running is her preferred form of exercise, which she couples with a sensible diet.  On Mother’s Day, she ran her first 5K race.  She said she probably walked more than she ran, but since then she’s seen her times steadily improve, and recently finished a race at the Minnesota Zoo with her best time to date. “Three months ago I could barely run a block,” Pleasants said.  “In September, I will complete a duathlon which consists of running and biking. In 2011, I turn 50 and I would like to complete a 10k race. I want running to always be a part of my life.”

If she could, Pleasants would love to live to be 100, but not if she’s trapped in a useless body, barely aware of her surroundings. “I want to be vivacious and always on the go,” she said.  “When I do leave this world, I hope I contributed in some way to making it a better world for everyone. “