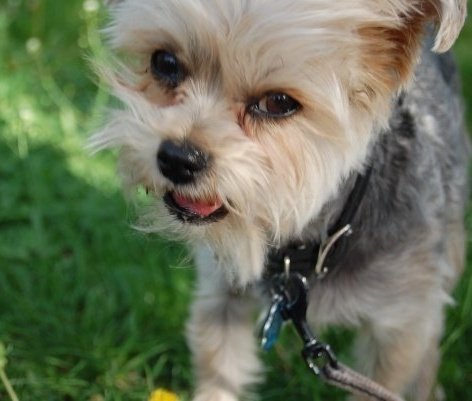 Do you believe in dealbreakers? Like, things about a person that as soon as you find out about them, you decide it’s never going to work between you? If so, how small a thing can a dealbreaker reasonably be?

I believe in dealbreakers but not teeny-tiny ones. I think we all have things on our Will Not Date lists. I’ve met chefs who won’t date vegetarians, I (usually) won’t date smokers, and I (definitely) won’t sleep with Republicans. I do believe in giving chances to men and women even if they have traits you don’t normally like (bad shoes, beards, et al). I have friends who won’t date men who don’t own books, who wear pleated pants, or who have bad teeth. It really varies from person to person. Big things like being rude to waiters or talking about how they kick their pets are things that I would consider dealbreakers, but I try not to consider “loudly brushes teeth” as a dealbreaker. No one’s perfect.

That being said, you have to decide what you’re willing to put up with and what you won’t budge on. I think it’s impossible to find someone who meets your every need, has every trait you’re looking for, and doesn’t possess any of your turn-offs. We all have things that we do that we aren’t proud of, at least I know I do, but I certainly hope these things won’t be a dealbreaker for that hottie I’m interested in; I admit that I’m a super obnoxious gum-chewer!

In my dating world, it’s hard enough to find a man who is straight, single, and can hold my interest for more than a couple weeks, so if I start weeding out guys because they live in the ‘burbs (eeew), have bad style, don’t have facial hair (I love beards!), or something else “small,” who’ll be left?

My general rule with dating is to be open to as much as you possibly can. You don’t have to accept everything. For example, if you insult my dog, I will kick you out. If you’re super-religious, we’re probably going to have issues. If you’re a picky eater, I’m going to hate you (kidding…or not). However, usually in the dating world, you meet a lot of new people and don’t know them very well before you start considering them as a possible mate, so if you don’t overlook some “dealbreakers” then you might be missing out on getting to know some really awesome folks. Sometimes a dealbreaker may be more than made up for by some other really awesome trait. Would you care if a woman had two left feet on the dance floor if you knew she had all the right moves in the bedroom?

Be as open as you can be,
Nicky