A photograph displayed in the exhibit shows the early preservation of the scrolls. Photos by Meredith Westin.

What, exactly, are the Dead Sea Scrolls? I posed the question to a few of my friends.

“They are all kinds of old and depict battles and such. Are they a tapestry? Wait, I’m totally thinking of something else. Way to make me feel dumb. What a crappy non-Jewish Jew I am. Sigh.”

“Aren’t they a collection of ancient documents having to do with the Bible? I think they are some of the only transcripts of the original Bible documentation.”

“I’ve heard of them, but I can’t recall what they are.”

Bingo! The Dead Sea Scrolls: Words That Changed the World opens Friday at the Science Museum of Minnesota, where it will be on display through October 24. The exhibit, which is visiting a series of museums around the world, showcases three sets of five scrolls that will rotate over the course of the exhibition.

The exhibit designers had their work cut out for them, as Michael Wise—a Northwestern College professor who consulted on the exhibit—acknowledged at a Thursday morning press conference. Unless they specialize in the study of the scrolls, he said, even expert scholars of antiquity might not really understand the complex story of the scrolls.

In brief, the Dead Sea Scrolls are indeed a collection of really old pieces of paper—about 900 of them. Created by ancient Jews over a span of time from the third century BCE to the first century CE, they were stowed in a desert cave in the area now called the West Bank by parties still unknown and remained hidden until 1947, when they were discovered by shepherds. (After bouncing around the world, they were ultimately purchased by Israel, where they are currently under the stewardship of the Israel Antiquities Authority.) The find was one of the great archaeological discoveries of the 20th century; the scrolls are significant for many reasons, and scholars are still debating their provenance and implications.

Most significantly, Wise noted, the scrolls feature passages from the Old Testament that predate by a thousand years the oldest copies of those books previously known to exist. “These are real treasures,” said Wise, likening them to the artifacts pursued by Indiana Jones. “They’re not the kind of treasures someone ran from a giant boulder to save, but they are treasures. To stand before the scrolls is to have an unmediated encounter with the past.”

In the galaxy of archaeological treasures, the Dead Sea Scrolls are on a par with the Rosetta Stone and the contents of King Tut’s tomb. For that reason alone, they’re worth a trip to see. My advice, though, is to do your homework before you go—when it comes to understanding the scrolls and their significance, the exhibit does not hold your hand. 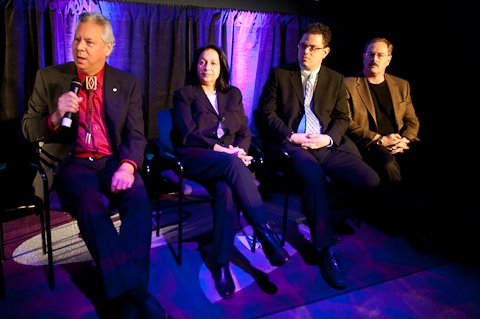 Present at Thursday morning’s press conference were (l-r) Eric Jolly, president of the Science Museum of Minnesota; Hava Katz of the Israel Antiquities Authority; Alex P. Jassen, assistant professor of early Judaism at the University of Minnesota; and Michael Wise, chair of Biblical and theological studies at Northwestern College.

Upon entering the exhibit, the visitor is barraged with wall-size quotations from scholars debating various aspects of the scrolls: Who wrote them? Why? How were they stored? What do they mean? It’s like walking into a seminar room when the seminar’s already begun, and the effect is more confusing than exciting.

If you’re like my friends and me, you’re likely to arrive at the exhibit with some very basic questions: What are the scrolls? What do they say? Where were they found? By whom? Where are they now? Why do they matter? The answers to those questions emerge, more or less, as you walk among ancient urns, Roman roof tiles, and plaque after plaque explaining the history of the Second Temple period and the early politics of the Middle East.

Compared to Titanic: The Artifact Exhibition, which was a model of clarity and well-judged presentation, walking through The Dead Sea Scrolls feels like making your way through an information blizzard. Not until reading a small-print photo caption three rooms in did I learn the specifics about how exactly the scrolls were found, and not until seeing the published translations of the scrolls—in an odd little study area that feels like a space-filler near the end of the exhibit—did I appreciate just how extensive their contents are. 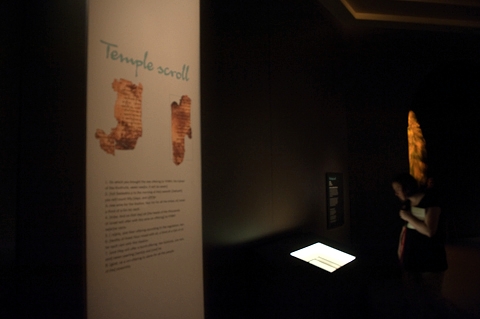 The scrolls themselves come at the very end, in a hushed, dark room where the small fragments can be seen through polycarbonate plates, suspended in polyester net. If the experience of seeing the scrolls makes the ancient past seem more immediate, it also demonstrates just how distant that world is: for written documents from the Biblical era, these eroded scraps are as good as it gets.

A Science Museum staffer told me that they’ve seen great interest in the exhibit from many religious groups, and the scrolls serve as an apt reminder that the three great monotheistic faiths of the world—Judaism, Christianity, and Islam—are cut, so to speak, from the same parchment. The scrolls have many other lessons to teach us, but the lessons visitors learn from this particular exhibit are likely to be as fragmentary as the ancient documents themselves. 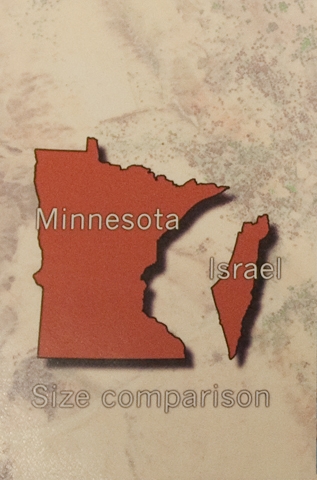 A graphic from the exhibit. 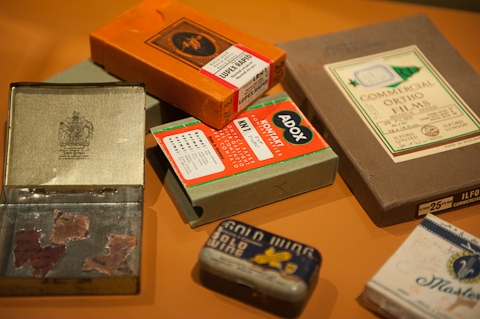 Items used in the initial preservation of the scrolls. 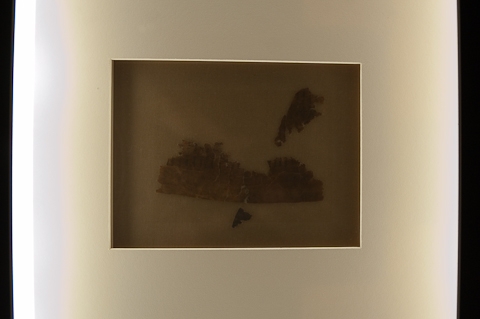 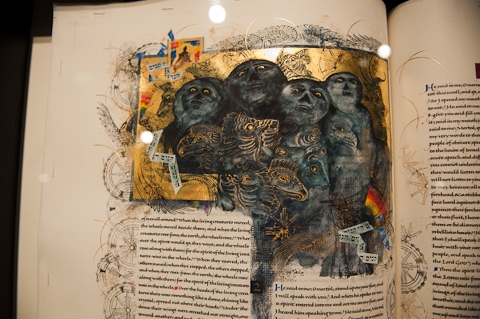 Pages from the St. John’s Bible. 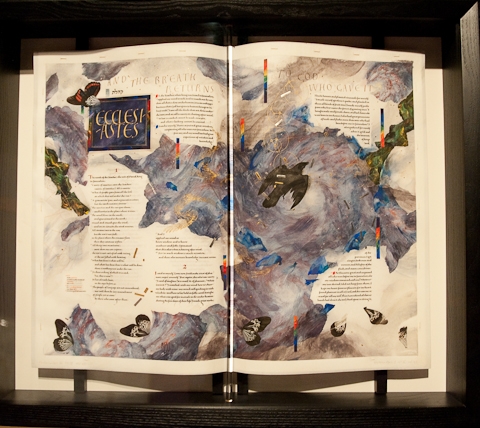 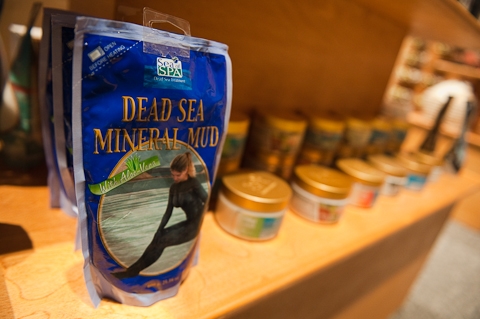 Items for sale in the exhibit’s gift shop. 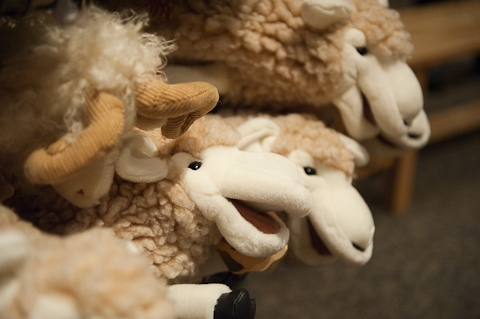