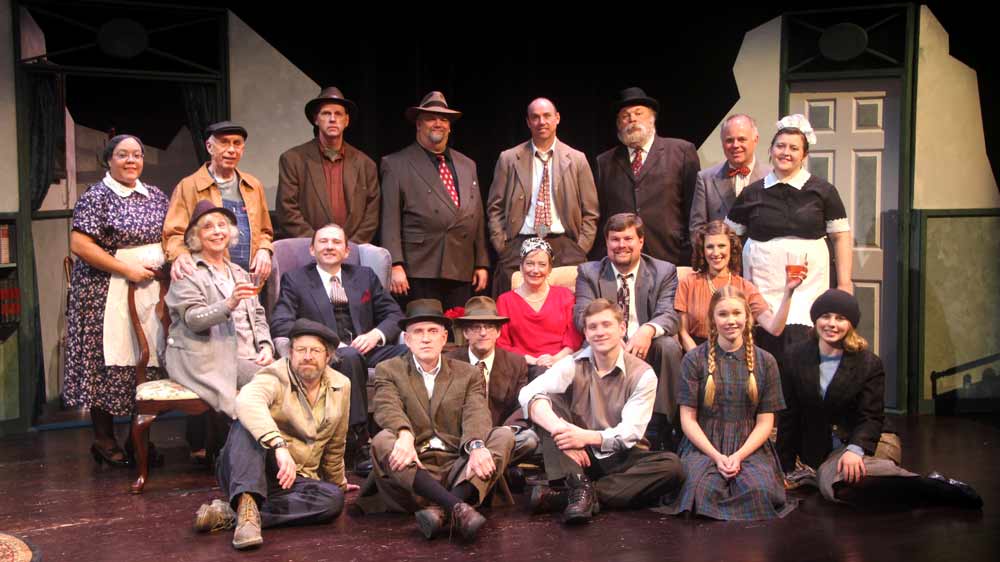 John Townsend, the critic for Lavender Magazine, has been very supportive of my plays, so I thought I’d return the favor.

Last weekend, a play opened which he directed for Lex-Ham Community Theater (a group which provided Mom and me with a great Fringe experience a couple of years back).

The play is Lillian Hellman’s Days To Come, about a labor strike in the 1930s.  Wow, a hostile environment against union workers – thank God it’s just a period piece and all those problems are solved, huh?  Of course, I’m being silly.  There’s a reason they’re doing this play now.  It is sadly just as timely now as it was when it was first produced.

Performances are, fittingly, at the Wellstone Center in St. Paul (179 Robie Street East).

Lillian Hellman is a playwright best known for her scripts The Little Foxes, The Children’s Hour, and Watch on the Rhine.  She was also one of the artists on the right side of history, refusing to name names to the House Un-American Activities Committee and getting blacklisted by Joseph McCarthy.

If you like your political drama served with a side of righteous anger to get you all fired up for the coming election, this is your show.

Thursday, October 25th they also have a post-show discussion on labor in the Twin Cities in the 1930s with Peter Rachleff – a specialist in labor history who has taught at Macalester College for thirty years.