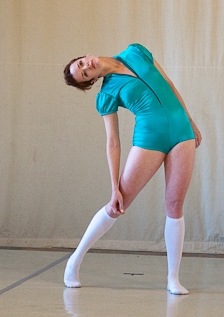 At an open rehearsal Friday afternoon, members of Zenon Dance Company presented a new work created by Minneapolis choreographer Morgan Thorson. The piece, which will have its public premiere at the O’Shaughnessy as part of Zenon’s upcoming spring season, is currently called The Tone of Invitation. “I think that’s settled,” mused Thorson with reference to the title. “It might change.”

Set to an eclectic soundtrack featuring Queen, Christopher Cross, and ambient sounds collected and mixed by Thorson, the piece explores themes of connection and distance with what Zenon artistic director Linda Andrews approvingly referred to as Thorson’s “idiosyncratic movement vocabulary.” Sometimes solo, often in groups of two, dancers move about in counterpoint to one another—often with one or more performers serving as a fulcrum at center stage, and often with tone and pacing in distinct contrast to the music.

After the rehearsal, Thorson explained that the piece was built up from cells comprising just a few movements each. “Like taking a necklace and putting pearls on it,” said Andrews, as Thorson nodded in agreement.

The development of the piece, said Thorson, was informed by her newfound interest in “corporeality”: she “lovingly” invites the audience to look at parts of the body she notes they were going to look at anyway. “It’s saying, ‘Look at these thighs and ass.'” Many elements and movements repeat, which Thorson described as a way to gain the audience’s empathy. “I think people have an emotional connection to patterns,” she said.

Thorson praised the Zenon dancers, who she said “have this skill of zapping you.”

A woman in the audience agreed. Praising the performers’ ability to add personal nuance to Thorson’s choreography, she added candidly: “I’ll look at any of your asses any day.” 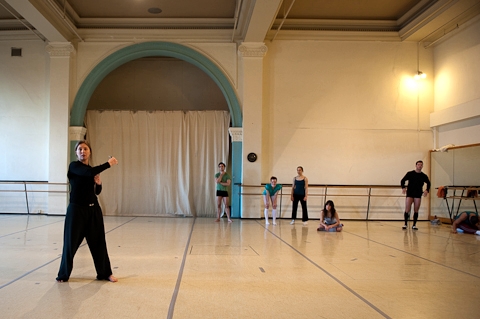 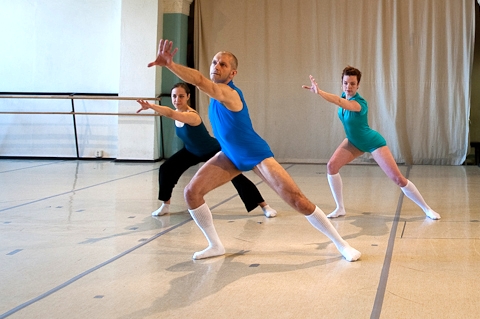 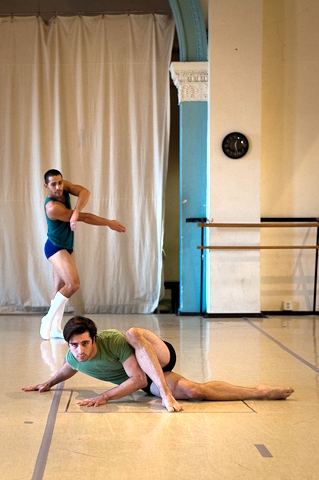 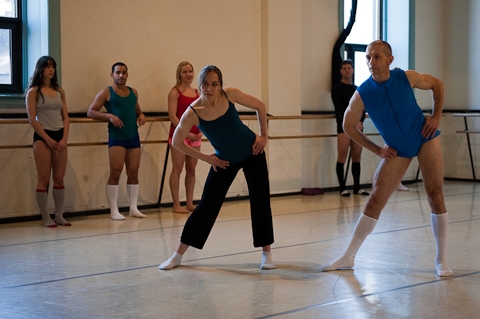 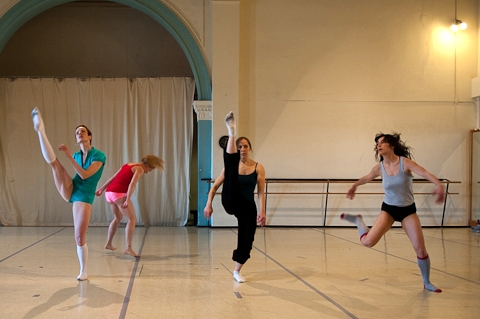 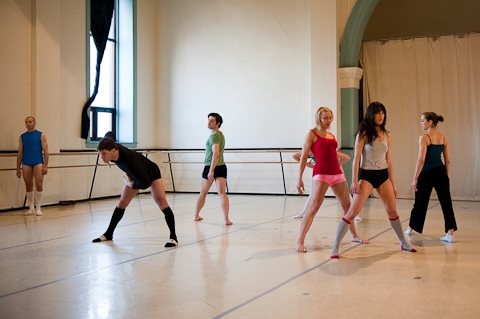 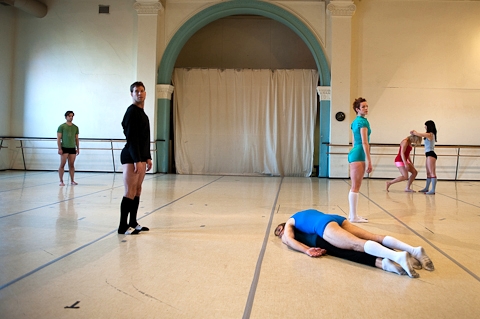 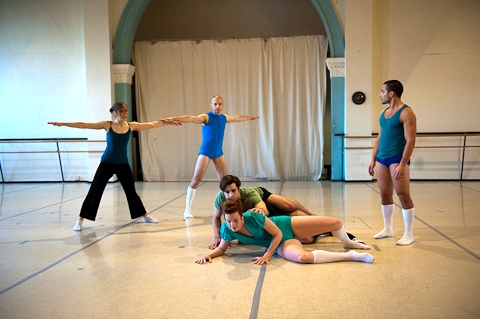 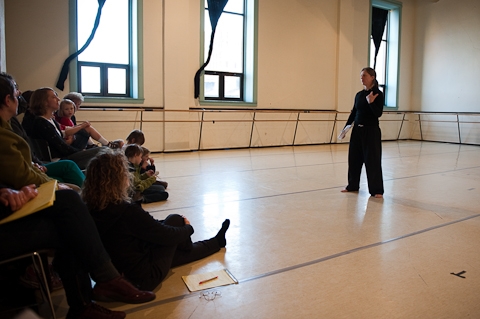 Discussion after the rehearsal. Above, Linda Andrews seated in foreground. 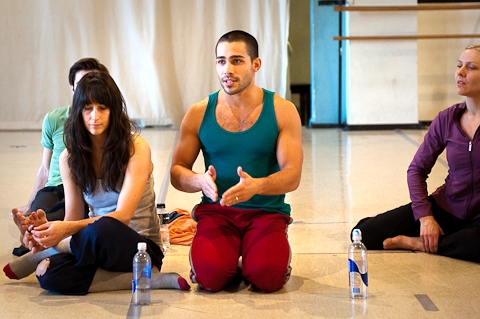