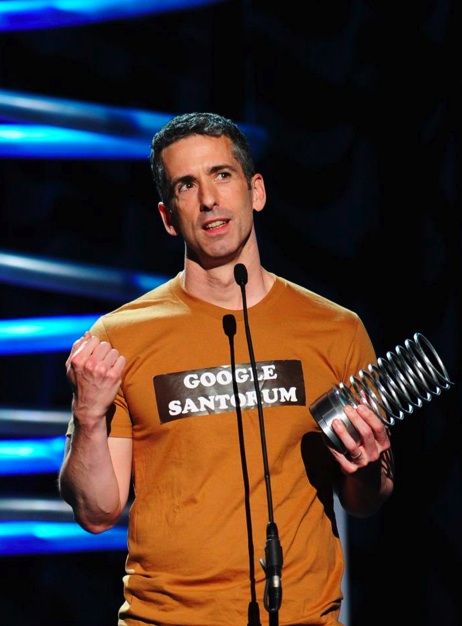 On Friday, June 22, author Dan Savage returned to the Twin Cities for a stage show of his sex advice column, Savage Love, at the Pantages Theatre in downtown Minneapolis. As a straight, married woman, I find myself to be a little outside of the demographic that Savage wishes to serve—a feeling that exploded during the first few minutes of his show when he AKA-ed his show something along the lines of, “Things I didn’t know straight people do … man, you guys are kinky”—though I frequently read his column during long bathroom breaks, and find myself listening to his podcast while I’m pwning n00bs in the world of Call of Duty Black Ops.

However, as a straight, married woman, in my late 20s, I’ve been reading Savage’s words and paying attention to his advice for most of my sexual years, so I’m pretty familiar with his thoughts on monogamy, how often sex should occur in a relationship, and what to do in case of a wide array of sex emergencies, odd scenarios, and sex-negative sex partners. And, while I’ve never read any of his books, I’m pretty familiar with his Savage Love routine: Savage waxes political, or antagonistic, or thoughtful for a while and then dives into the questions that people have submitted, moving through them at whatever pace he feels like that day. Friday night’s show was not any different than his usual shtick, except for a tinge of discomfort following Savage’s reading of a question while folks in the audience looked around to see who might have asked that question about “rimming.”

The absolute best part of the night for me, and I think also for the people behind me, was watching the American Sign Language interpreter do his best to accurately repeat what Savage was saying. It was an amazing sexual pantomime, and the man never took a break. (Savage also let us in on the fact that he had taken a couple years of ASL in college, though all he could remember was an introductory phrase and the sign for “rim job.”)

Aside from everyone’s general excitement about seeing Savage, there was also an energy in the air because of Pride weekend, which got to be pretty moving, at least for me. Part of this excitement was channeled into clapping after just about everything that was said involving triumphs—both large and small—over those who seek to keep the gay community from marrying, and into donating money to Minnesotan’s United. At the beginning of the show Savage encouraged everyone in the theater (about 800 people) to each donate $10. If the audience raised $5,000, Savage vowed to match the donations with a part of his speaking fee. While I was unable to find any hard news on this, a tweet from MN United notes that the audience raised $7522, which is a hefty sum for an event that was not intended to be a fundraiser.