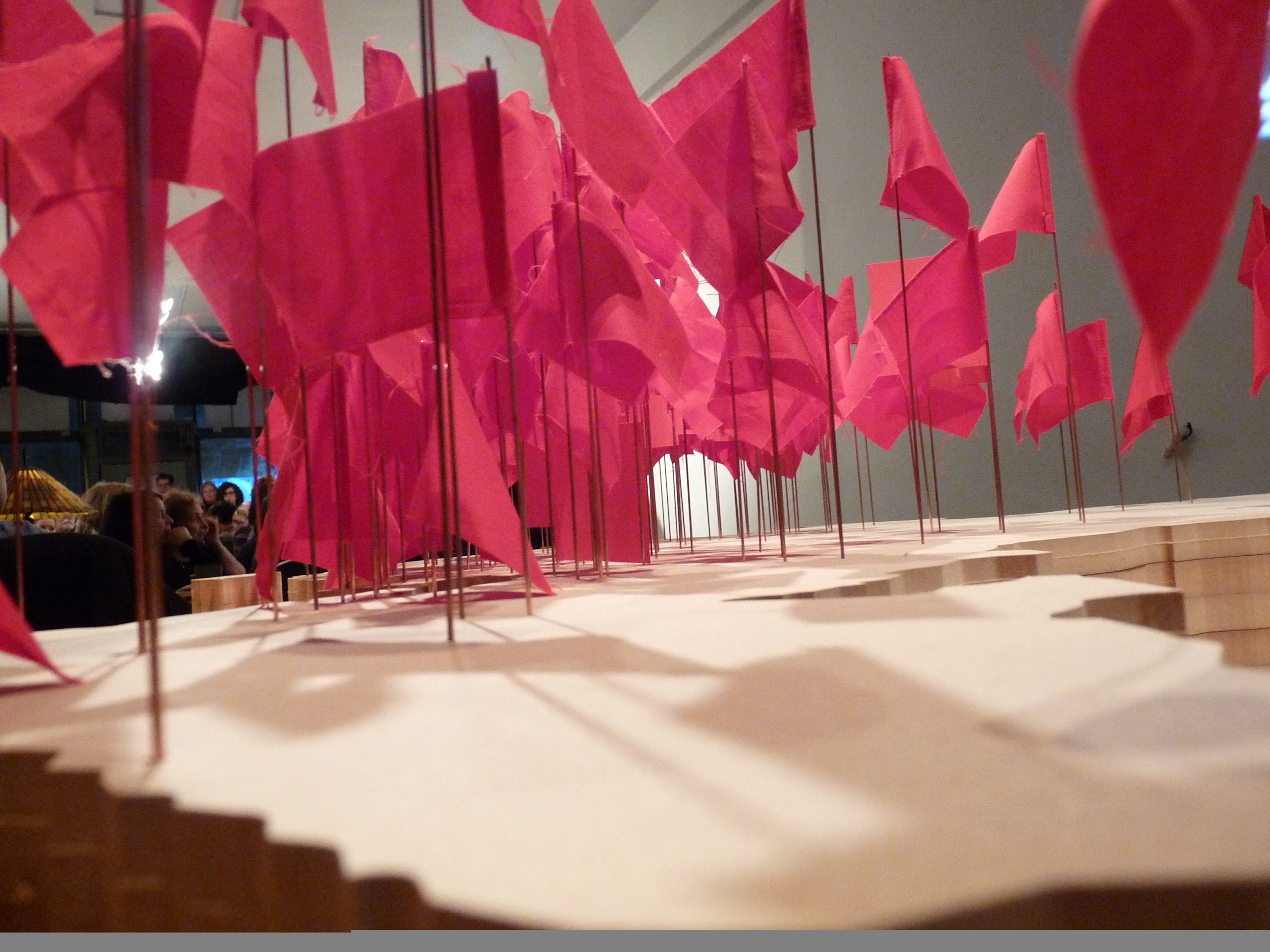 Ping-pong and karaoke are not what you might expect to find at an art gallery, but they go right along with exhibit openings and artist dialogues at Wing Young Huie’s Third Place Gallery in south Minneapolis. Same Difference: A cross-cultural dialogue featured artists Shana Kaplow and Meng Tang presenting their various works at the Third Place Gallery in Minneapolis and entering into a dialogue about their impressions on the Chinese and U.S. cultures on October 19.

Shana Kaplow, who was born in the United States, has visited China twice and did a six-week artist residency there. Her work shows her experiences in the series, Close to Home. She stayed in Beijing in China when she started to work on the series. This work includes the video Facetime and some ink-on-paper paintings. Her paintings are about “connection and disconnection.“ She said they describe the desire from each of us, and how we are trying to make a connection but at the same time we disconnect ourselves with the new media.

Meng Tang presented her sculpture, Land of the Free. Visitors had the chance to symbolically place their own mark on China with multi-colored Post-It notes. A large map of China had 293 flags for each large citynotes. Combined with her art video, A Brief History of Time, the work speaks to the cumulative effect of many individual voices.

At the beginning of the evening, both artists spoke about their different experiences as a teacher in the United States and also in China. Both have left their home country for a long time and experienced a new culture.  Currently, Kaplow teaches painting and drawing at St. Cloud State University, and Tang is a lecturer in the Department of Art at the University of Minnesota. Both have exhibited nationally and internationally.

The artists talked about the pressure in China and how difficult it is to become an artist because of the high competition. They said the artist must be very skilled with many techniques before they even start to study art. They talked with the audience about the differences of studying art in America. They said that the Americans are raised with more individualistic values, and this can be seen in the results as well. Meng Tang was surprised to see how creative the results have been throughout her time as a teacher in the United States.

After the dialogue people had the chance to round out the evening with a ping pong match or with a karaoke singing contest.

To see the exhibition by individual appointment, contact Wing Young Huie, the owner of the gallery at 612-817-2771 or info@wingyounghuie.com)

Information about this and future events is on the Third Place Gallery website. The Third Place salon is a monthly event, described on the web page as “a performance or presentation, followed by ping pong, karaoke, darts, and general good fun.”

CORRECTION: Shana Kaplow has visited China twice and did a six-week artist residency there. The article originally stated that she lived in China for ten years — this was an error.

the topic of the painting is called connection and disconnection

the audience at the ping pong match