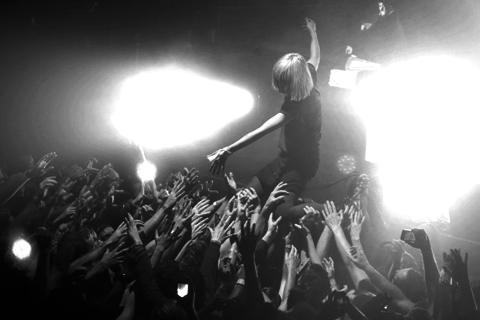 “Alice taking pulls of Jack Daniels, spitting it on the crowd,” tweeted The Current’s Andrea Swensson from First Avenue on November 1. “Rock’n’roll is still very much alive. It just doesn’t sound like it used to.” True, on both counts—though the irony of Andrea’s tweet, I thought as I read it from the throbbing perch we shared in front of the speaker bank at stage right, is that even the aggressive electro-centric gallop of Crystal Castles‘ music doesn’t sound all that newfangled any more.

The Canadian duo were playing a return engagement in the Mainroom that would be followed the very next day by a return visit by New York noise-rockers Sleigh Bells. Both acts have been among the most popular indie-rock artists making waves by combining electronic pulses with shrieking female vocals and, underneath all the clamour, sharp songcraft. Both acts play withering live shows focused on their charismatic frontwomen: Alice Glass and Alexis Krauss, respectively. And both acts are now settling in and broadening both their sound and audience.

Compared to a compelling but thorny 2011 gig at First Ave that featured the injured Glass in a foot cast and at which no photographers were permitted—hence my review of the show in a series of historical images—Glass and her bandmate Ethan Kath were sunny and spry this time around. Glass jumped into the crowd during the second song, “Baptism,” and frequently returned to the sweaty throng’s welcoming arms.

Not only did Glass crowdsurf, she crowd-sat, at one point smoking a cigarette and handing it off to a spectator before climbing back on stage. She even handed that bottle of Jack to a woman in the crowd who surfed her way over to the photo pit—photographers being permitted this year. After the fan presumably had a swig (she dropped out of my view), First Ave’s attentive security returned the bottle to Glass for the show’s conclusion.

With Crystal Castles’ third self-titled album set for release on November 12, Glass and Kath—playing with live drummer Christopher Chartrand—previewed material from the new disc (multiple singles have already been released) but gave fans plenty of favorites from both the first (2008) and second (2010) Crystal Castles albums. Dozens of programmed multicolor lights kept eyes popping, and even Glass’s prone-on-stage moments seemed to be for the benefit of a crowd that expected at least a little darkness with all that light.

In the end, Crystal Castles sent ’em home smiling and whiskey-soaked. Rockers from Jerry Lee Lewis to Duane Allman to Robert Pollard would, indeed, have approved. 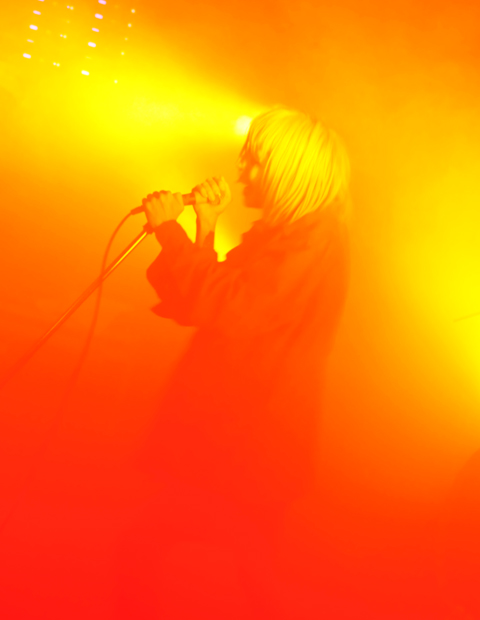 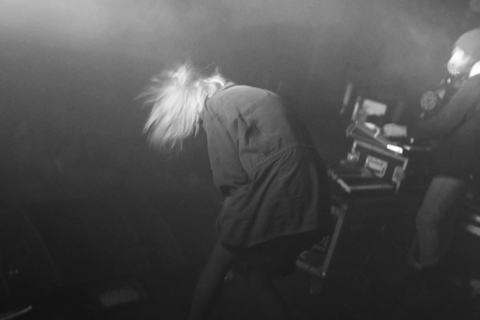 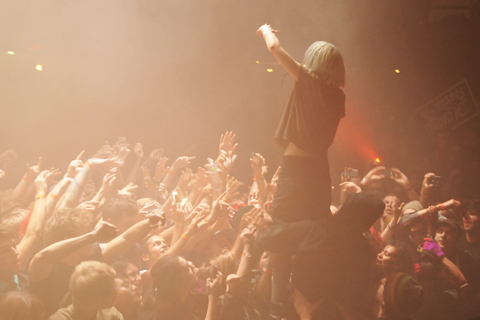 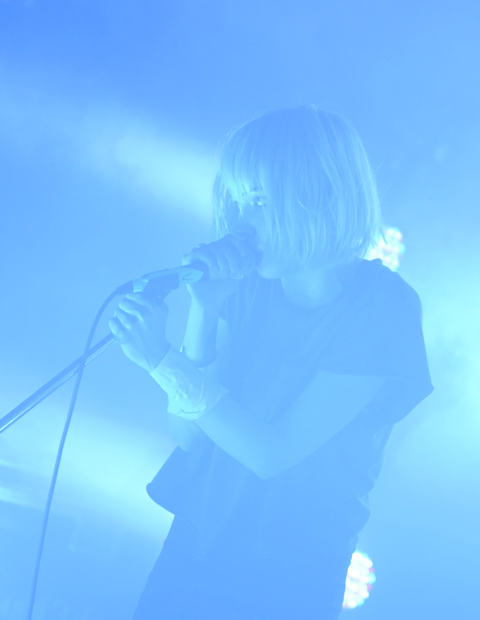 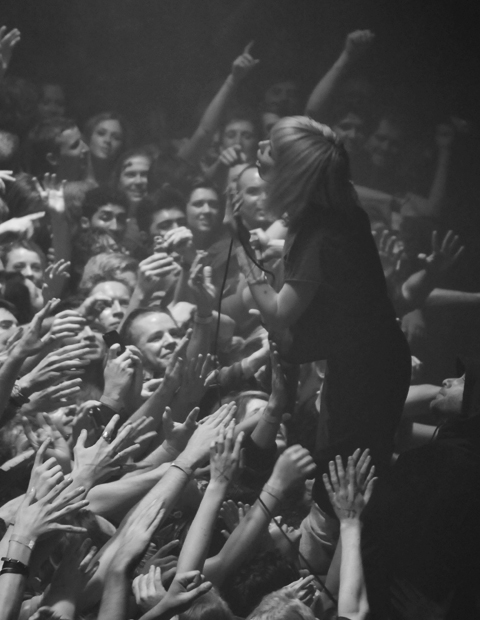 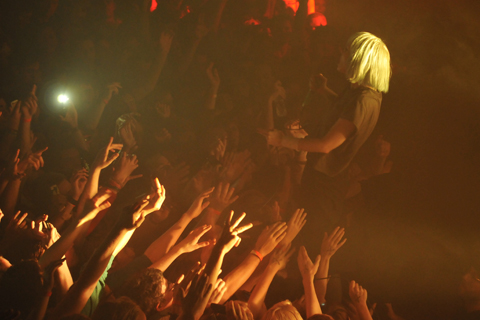 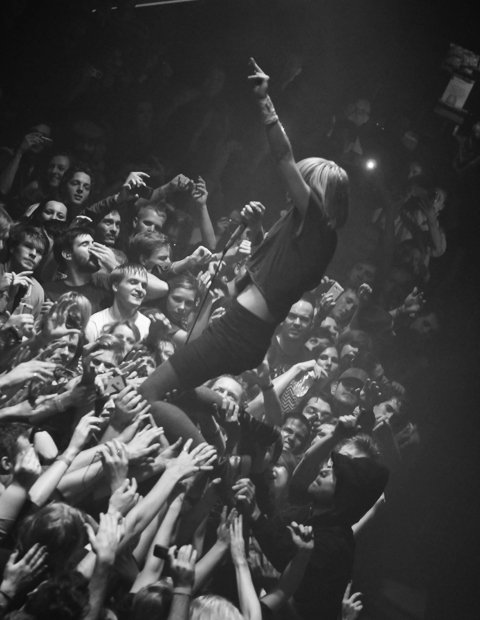 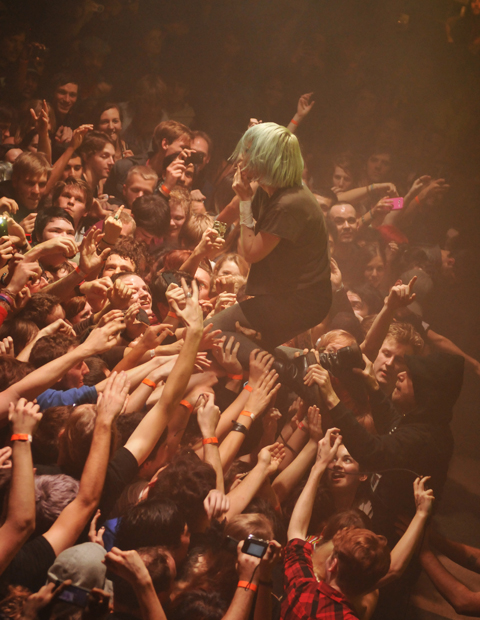 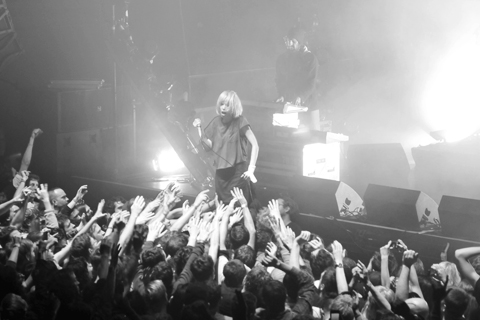 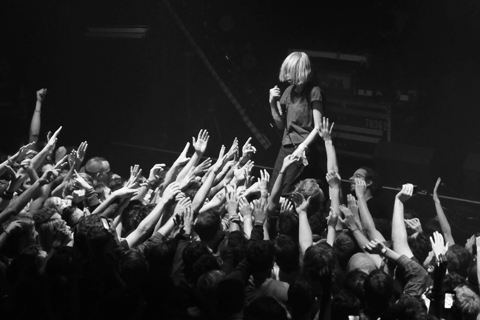