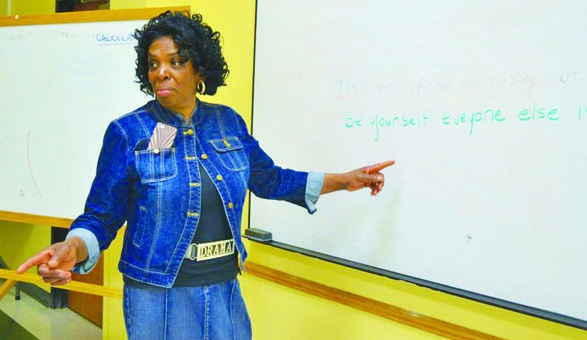 If you’re going to salvage a community, the important populace to focus on is the young. And, face it, the urban African American community is seriously imperiled, which renders a program like Crossroads Panorama — Youth Education Through the Arts (crossroadspanorama.com) — helmed by determinedly committed Executive Director Joyce Marrie, Ph.D., a vital resource.

Based, fittingly, at South Minneapolis’ venerated Sabathani Community Center, known as a community cornerstone, Crossroads Panorama utilizes the concept that the arts aren’t only for entertainment. “Creative drama therapy,” says Marrie, “provides a means by which youth can learn to take control of their feelings and engage in self-discovery. As they take a role in acting out therapeutic issues, this equips and empowers them to learn how to cope, and not only in a classroom setting but in their everyday lives.

“In one touching role-play, an adolescent played the part of a child traumatized by their mother’s additions for crack cocaine. Although those cast in their scene were acting, real tears were shed and healing began as [she] first recalled early memories and saw them enacted, allowing her to feel, touch and visualize the situation. This therapeutic approach brings healing to the mind with positive results.

“As we know, many of our battles start in the mind and are internalized, which may result in negative actions. Youth face crossroads in their lives where they may have no knowledge or understanding of why they react negatively. They need to be challenged to change their unhealthy thinking and given the knowledge and tools to do so. This teaches them how to rise above their unhealthiness. Troubled youth today experience a host of mental health issues and have extensive trauma histories.”

If you question who qualifies as troubled youth, a May article in Clutch Magazine quotes Lee M. Pachter, D.O., chief of general pediatrics at St. Christopher’s Hospital for Children in Philadelphia, as stating, “Sixty years after Brown vs. Board of Education, racism remains a toxic stressor commonly experienced by youth of color.” The article asserts that “the discrimination that [Black] teens receive [is] associated with an increased risk of mental health problems.” This is without even taking into account Black-on-Black pressures from peers and negative role models to become, as it were, thugs and hoochie-mamas in training.

Marrie continues, “I’m committed to making a difference that will impact young people. They are our future college students [and] professionals, teachers, doctors, lawyers, judges.”

The program came about as result of her passion for the arts. “[That] gave me a way of tapping into my potential and realizing I had unlimited ability to expressing myself and make some accomplishments through writing plays that relate to everyday life situations. ‘Keeping it real’ has been a joy. 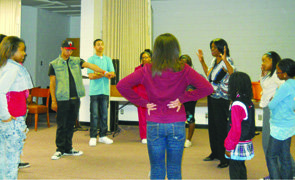 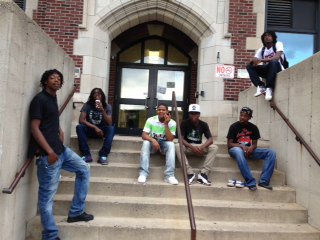 “My mission is to bring change through a reflection, as to looking into a mirror and to see ourselves on the theater stage and the stages of our own daily lives.”

She has enlisted the aid of impressive professionals to help her accomplish Crossroad Panorama’s goals. Program Director Jamela Pettiford’s performing pedigree as an actor, spoken word artist and vocalist is well known throughout the Twin Cities. She is, says Marrie, “a powerful force [and] a true leader when it comes to empowering our youth.”

Josephine Jackson brings a background in film, acting and directing as artistic director. They clearly share Joyce Marrie’s mission to “reach and teach, the heart and soul of psychotherapy for teens; if you can’t reach them you can’t teach them. To equip youth with positive lifelong learning experiences that will empower purpose, self-worth and change.

“My heart goes out to the youth, knowing they have many qualities and are gifted. I’m after the diamond. The hard shell on the outside that looks many times like the black coal is not the real thing. It’s what’s inside that matters.”

As irrefutable proof that CrossRoads Panorama makes an important difference, Joyce Marrie notes, “One young boy began his involvement with CrossRoads Panorama acting in plays as a way to keep off the streets. Prior to this he hung out on the streets [and] sold dope, repeatedly getting into trouble. He had been expelled from school and placed in an alternative school.

“Eventually, after working with CRP, he was able to land a job where he is now successfully teaching in the school system. He knows how to speak to troubled youth to reach and teach them.”

Operating through August 23, with an August 9 ceremony to honor community leaders, Crossroads Panorama — Youth Education Through the Arts — will conclude its 2014 program with a showcase production at Sabathani Community Theater.

For more information on CrossRoads Panorama, see their website at crossroadspanorama.com.