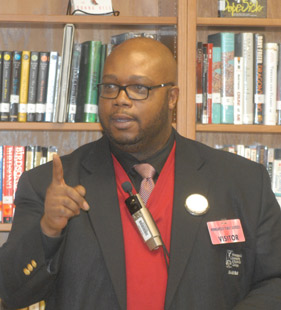 “Without the students of UMOJA, staff and administration, this day would not be possible,” said South High Principal Cecelia Saddler. “What’s great about South High is you have a lot of students and staff that already have an invested interest to make sure parents are involved.”

Mason opened his speech with a poem, titled “The Skin I’m in,” which depicted the love not only of himself, but his people despite negative stereotypes; as well as showing appreciation for other cultures. Mason asked students a simple, yet perplexing question. 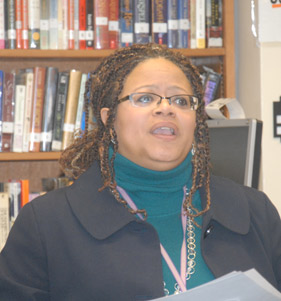 “Are we who they say we are,” quizzed Mason. “How many of you think there are more Black men in prison than college?”

More than half the room raised their hands.

“You would be incorrect. There are actually more Black men in college,” said Mason.

In addition, he stated that the blame game is another aspect of affecting children’s environments and learning capabilities. According to Mason, parents blame the school system and the teachers; African-American administrators and teachers blame parents and the community, while faculty at colleges and university blame the public school system.

“Even if they (incoming college students) come in with a high GPA, they still have a problem with basic literacy,” said Mason.

Mason has participated in research and applied programming in health and education disparities and is a graduate from Morris Brown College with a Bachelor of Science in Psychology and a doctorate in Cognitive and Biological Psychology from the University of Minnesota. 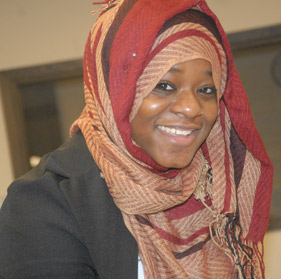 UMOJA president and South senior, Amatullah Muhammad, said the purpose of UMOJA is to have a safe space and create a voice for African-Americans.

“We have a diverse group of African-American students. Some are Somali, some are Sudanese, but we are all African-American or Black. It’s a nice cross-culture within the culture,” said Muhammad.

The South High UMOJA student group meets every Thursday after school. Umoja, Swahili for unity, is the first of seven identifying Kwanzaa principals. The concept behind Umoja is to strive for and maintain unity in the family, community, nation and race.

Every year, UMOJA goes on a Black College Tour with the money raised through volunteer work, such as bagging groceries at Cub Foods.

The principal at South, Saddler said African-American history is important year-round, not just during February.

“I am an African-American woman who happens to be in a position of authority,” she said. “I take that with pride and respect; it also means I have to make a difference with this position.”