Think of the things you love about your favorite restaurants: a certain ambiance here, a fabulous cocktail there. Now conjure up an image of a place that combines all these beloved elements. The result is a “private restaurant.” It’s the latest brainchild of Philip and Desiree Dorwart, adventurous chefs who have been everywhere, done everything, and now this: their company, Create Catering & Consulting, is both a straight-up catering service and a private restaurant called The Dining Studio. 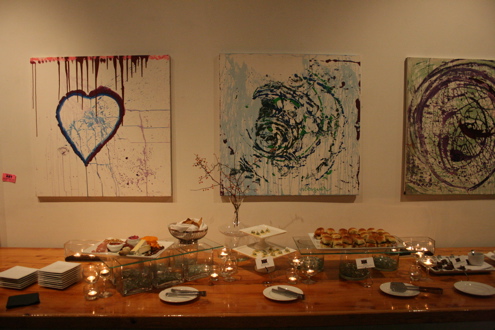 They change up the art every few months; this month it’s Rachel Becquer’s.

Create Catering’s home base is a former art studio in a trendy-ish warehouse in NE Minneapolis. Before going to a little open house they threw last month, I checked out their Facebook page, which exclaimed, “We have the only private restaurant in the country!” I asked Philip Dorwart about this odd claim — what’s a private restaurant, and what do you mean you’re the only one of it?

He demurred; he’d just heard about one in Sacramento, and maybe one in Chicago. Now their FB page says, “We have the only private restaurant in the Midwest and one of only three in the country!” Apparently the idea is catching on. And what is that idea, exactly? 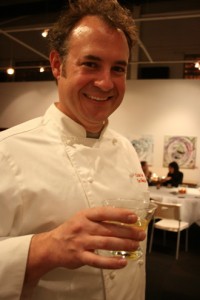 “Customers can create their own restaurant in this space,” says Philip. “They work on the menu with the chefs, decide what the decor will be, what music they want to hear. It’s literally like having your own restaurant for a night.”

I suppose most people in the natural world don’t want to plan their own restaurant; they just want to hunker down and be fed. But for control freaks, restaurateur wannabes, and foodie show-offs, the Dining Studio is a dream come true.

You get to work with people like Dorwart (left), a hugely accomplished and popular chef (of Table of Contents, Red Fish Blue Fish, and Tejas fame), thereby rubbing elbows with greatness, and you get to impress the bejeezus out of your guests, because they get waited on like customers in a real restaurant, hanging out with hipster cooks and eating the cuisine du jour that you thought up your very own self.

“It’s a great experience for us, too,” says Philip. “In regular restaurants, the chefs don’t get to see the customers loving the dish. The food is whisked away to the table and we don’t really know how people react. Here, we work with the customers, we get to know them. They’re like part of the family.” 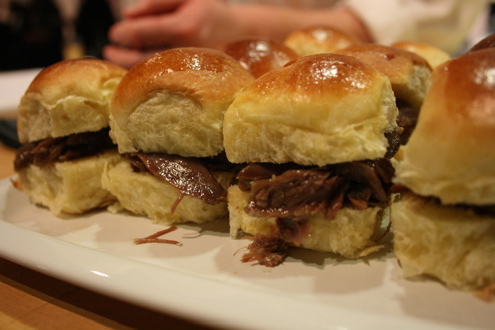 Customers can also request cooking demos and classes; both individual foodies and corporate “team-building” groups can gather round and learn how the magic happens. They even have an in-house chocolatier: wouldn’t that make a nice Christmas gift for that special addictive personality in your life? 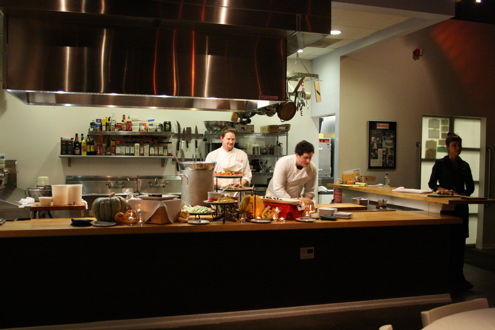 The kitchen is wide open for all to see, the peppy young cooks scurrying around in their efficient and creative fashion. In the interest of furthering culinary inspiration, sous chef Corey Meier gave all his colleagues a notebook and asked them to come up with three new ideas a week. Janene Holig proposed meatballs simmered in fresh peach barbecue sauce, to mixed reviews; someone came up with chocolate creme brulee with red wine caramel sauce and local roasted cranberries. 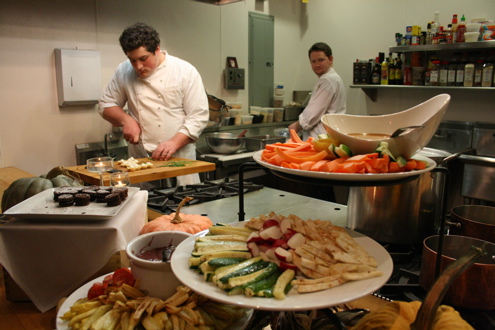 These people are contenders. Both Corey and Janene were students of Desiree Dorwart at Art Institutes International in Minneapolis, apparently an excellent proving ground for genius chefs in the making. This is not to rule out the possibility that Desiree is a genius teacher who then culls her best students and lures them into Create. 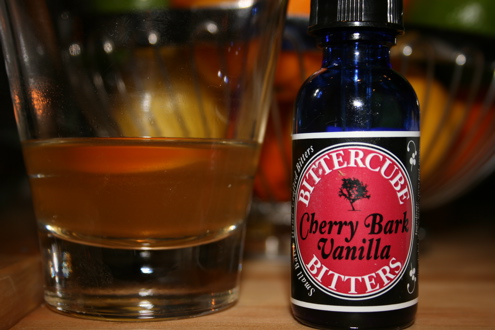 The occasion for the Dining Studio’s open house was that they finally scored a state catering liquor license. Now they can serve cocktails of every variety; Philip says they lost about 30 gigs last year because they couldn’t legally serve booze. It seems that customers want booze. Create teamed up with the überhip mixologists of Bittercube, a new artisanal bitters company, so they can pour every drink you’ve never even conceived of. It was a good move; I mean, look at these Bittercube dudes. Ironic indie band? or proprietors of a nationally acclaimed company producing an obscure substance that will render your beverage consumption experience way more far-out than you ever could have imagined? 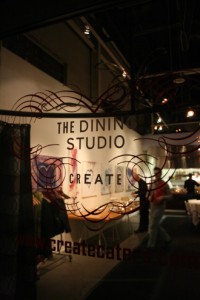 Still, one wonders why the Dorwarts decided to go the catering/private dining route instead of just starting their own restaurant, which would obviously be fated for success. The answer, once you think about it, is unsurprising: Philip and Desiree chose to live a semblance of a normal life, if by “normal” you mean living with a 2-year-old and an 8-month-old and buying a 35-acre organic farm in Wadena. With the zillion-hour week of restaurant owners, they couldn’t do it; with their catering/private restaurant business, it’s working out.

An impressive feature of this operation is that the cooks do not like to waste food. If those beautiful red grapes intended for your cheese plate start to wither before they’re used up, the chefs toss them in the oven (on a sheet pan at 250 degrees with the fan on) until they’re somewhere between a fresh grape and a raisin: a sweet, smushy, intentional-seeming accompaniment to a brie or a blue. They do this with orange slices too, and mandarins, which turn out “like little gummi bears,” according to sous chef Corey Meier. They oven-dry tomatoes and make their own catsup; they pickle or cure anything that’s threatening to go bad. 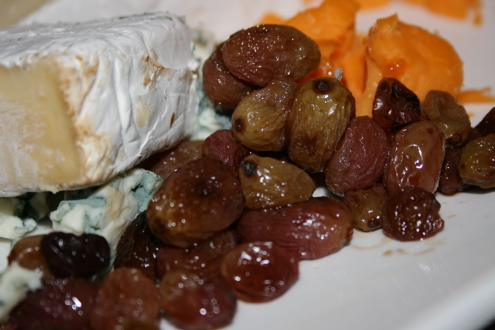 “We all work on the Dorwarts’ farm,” says Corey. “When you see how much work it takes to grow things, you really don’t want to waste anything.” Hearken, youth of America! Your food does not actually originate in the grocery store. It’s cheering to see the Create people strive vigilantly to keep the food out of the garbage and/or compost. 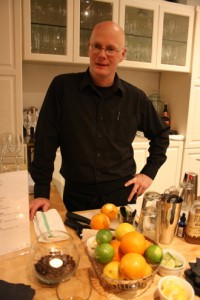 Exhausted by the virtuous enthusiasm of the Create staff, I stopped by the bar to see what their mixologists were concocting. Actually, when I asked bartender Brian Velenchenko (left) what he preferred to be called, he suggested “intoxicologist” or “inebrieologist.” That’s another feature of Create: everyone around there seems suspiciously witty and charming. I tried the “Cider House Rules,” which contained some of the Bittercube bitters and a homemade cider syrup, along with Knob Creek bourbon, vermouth, and other mysterious ingredients. If I had had a terrible cough, this would have cured it.

Last week they had another event, to celebrate the repeal of Prohibition on December 5, 1933, because why not? It looks like they have these events now and again, if you’re curious to spy on them. You can “like” Create Catering on Facebook so you don’t miss anything. In the meantime, go ahead and daydream about your own private restaurant, in case this turns out to be the next big thing.