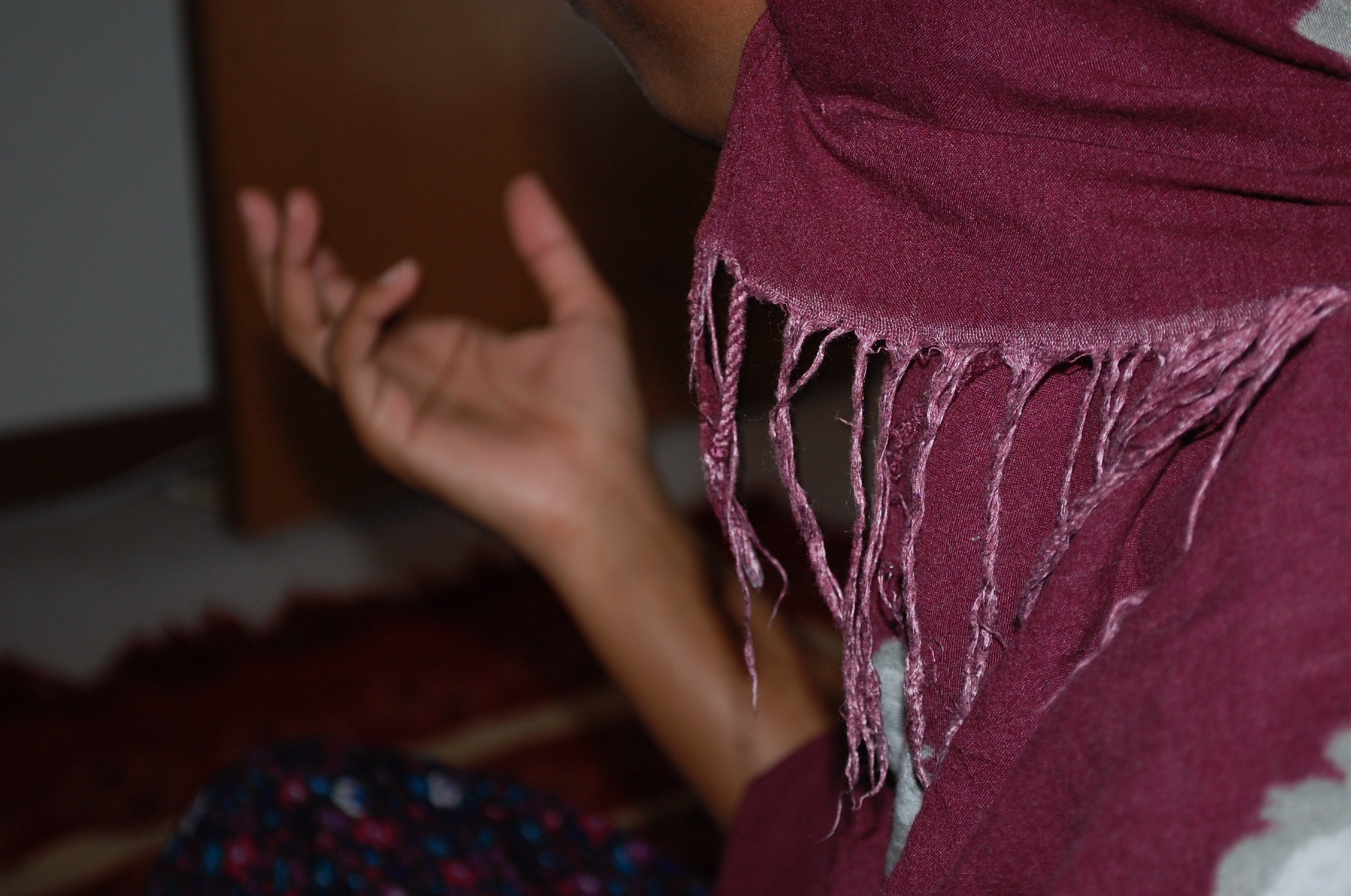 Woman from the Horn of Africa shares with Mshale reporter her parent's experience with government in Somalia. (Photo by Ramla Bile/Mshale)

Despite the fact that the U.S. Supreme Court has time and again upheld the spirit and confidentiality of census information, issues regarding access and privacy continue to persist with communities across the state.

Members of the African immigrant and refugee community present unique challenges, ranging from fear of disclosing housing information to overcoming the legacy of brutal regimes in their home countries. Census workers and organizers working with this subpopulation will undoubtedly face these questions in the months leading up to the count on April 1st, 2010.

“Sacdiyo Isse,” a resident in the Skyline Towers, says her greatest fear concerning the U.S. Census is disclosing her current place of residence. Sacdiyo lives in a house with a relative who has more people living in the apartment than the lease allows. She fears that her participation in the census count will jeopardize her current living situation, and place this generous woman and the other inhabitants in a vulnerable position. “I can easily [opt] out of the count and not hurt anyone… I can’t displace the same person who took me in,” she said.

She says the idea of participating in the count brings her anxiety, as she believes this information will be shared with the landlord. When pressed about this fear, she simply said, “I’m one person, [the census count] is not worth all problems I can cause.”

The truth is, Sacdiyo is one of many who will perhaps not participate in the census count because they fear backlash from disclosing residence and occupancy information. For many, it is not far fetched to assume that U.S. Department of Housing and Urban Development, Homeland Security’s Immigration Customs Enforcement, and the U.S. Census engage in a massive collaborative effort.

New Americans from Liberia, Ethiopia, and Somalia also expressed concern that they could not confidently say they had faith in how the information would be used. Though neither sources could cite an incidence of institutional racism or seemed to suggest foul play, they often referred back to their experiences in their home countries. American immigrants and refugees from the aforementioned countries have experienced war, as well as harsh leadership. One woman said her mayor almost fatally shot her son for information disclosed in a news story. Since then, she maintains a strong mistrust of government and would rather share as little as possible, including basic information. “One question will lead to another until I find myself spilling my life story over tea – I’m not ready to put myself in that situation.”

Hannah Garcia, Project Director with the Minnesota Center for Neighborhood Organizing oversees census outreach to various communities, expressed that many immigrants and refugees mistrust the census because these communities have traditionally been undercounted, and do not trust the benefit factor of participating in the census.

“Too many communities feel like they have not yet reaped the benefits of being counted, and too often people will say, ‘we’re used to feeling like we don’t count, so there’s no point.'” Another organizer described this mentality as “a cyclical issue.” He added that the more communities fail to participate in the data collection process, the more they lose. “We anticipate better engagement this year because the last two census counts disproportionately missed ethnic minorities, but the organizing scene in 2010 is radically different from those years because more of those doing the count will represent the communities they will work with.”

The census campaign is centered on the idea of 10 questions over 10 minutes, a simple process that captures a snapshot of America. Even though the poster has been translated into different languages, it will perhaps take decades before communities are familiar and appreciative of this process. The census form which provides limited options for African immigrants and refugees to identify themselves as such will likely compound the feeling of exclusion. These groups will have to write in their hyphenated identity. The 2020 census will likely have to address emerging identity issues in order to provide options for people to self-identify. According to Representative Keith Ellison, organizing efforts will promote write-in opportunities for communities who find themselves unrepresented in the current format.

“New Americans are among the best citizens… they are knowledgeable on history and politics through the naturalization test and the pathway to citizenship. They are already invested in the engagement and activism, our job is to ensure that we carry out an inclusive count that addresses language and other barriers.” Ellison stressed that steps were being taken to build trust with undercounted communities, and his office worked to create a network of partners from different communities. Ellison says he believes the 2010 count will outperform our projected numbers and has hope that Minnesota will be able to keep it’s eighth congressional seat.

While community organizing efforts have heavily addressed language issues by hiring diverse staff and translating material, other questions remain. The Director of the U.S. Census, Dr. Robert Groves, said building trust takes time and that while it is difficult to erase the memories that people have of government either here or abroad, the U.S. Census is investing in diverse and capable staff to reach out to all communities. The challenge is, of course, communities vary and maintain unique challenges, as there is not a blanket solution to working with historically underreported communities. For example, what happens when you have communities that come from countries that have a brutal history of intimidating its people? How do you provide relief and security to those with ambiguous immigration situations fearing deportation or those in compromising housing arrangements?