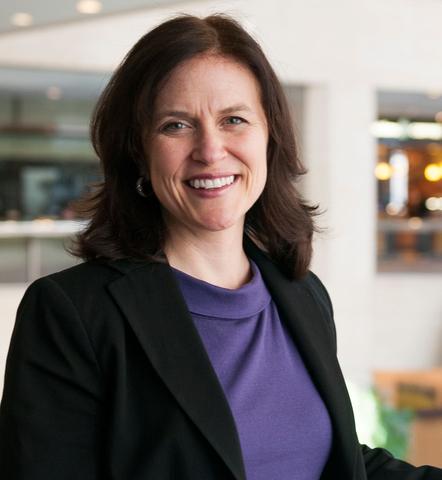 Minneapolis City Council member Betsy Hodges was the first candidate to announce her campaign for mayor. Hodges has served on the city council for seven years. (Photo by Chelsea Gortmaker)

Betsy Hodges says some of her proudest accomplishments as a Minneapolis city councilwoman wouldn’t make her popular at a cocktail party.

But helping to fix a broken pension system for city employees that saved more than $20 million on property taxes last year should help make her popular with voters, she said.

Hodges, who serves the 13th Ward in southwest Minneapolis, was one of the first candidates to announce an intention to run for Minneapolis mayor. She said her seven years’ experience on the City Council will set her apart in a crowded race.

Sen. Scott Dibble, DFL-Minneapolis, worked with Hodges on the pension issue and authored the bill to fix it at the state Legislature.

It wasn’t the first time the two have worked together. Hodges said Dibble is the one who encouraged her to run for City Council in the first place; she was first elected in 2005.

“She does her homework,” he said. “She’s really dug in and solved some difficult and thorny problems.”

But some city employees say the cuts she’s made aren’t in the best interest of public safety.

Mark Lakosky, the head of the city’s firefighters union, said Hodges has to bear some of the blame for cuts made to the fire department while she was chair of the Council’s Ways and Means/Budget committee. Cutting crucial staff, he said, contradicts her pro-public safety stance.

“She’s come out and said she’s pro-public safety, but to me over the last couple of years she’s been just the opposite,” he said.

The Minneapolis firefighters union on Wednesday announced its endorsement of Hodges’ fellow councilmember Gary Schiff in the mayoral race, but Hodges has garnered a wide range of supporters elsewhere.

Before serving on the council, Hodges worked for social justice as a fundraiser for the Minnesota Justice Foundation. She played a big role in campaigning against the marriage amendment last fall.

Hodges said she hopes to address transit issues as mayor and supports expansion and innovation in the city’s public transit.

In the city’s 2011 resident survey, 21 percent of respondents said transportation-related issues were the biggest challenges facing Minneapolis in the next five years.

“Street cars and light-rail [lines] are foundational for the city of the future,” she said.

Building up transportation options in the city will help retain students, she said.

“What’s important is how the city is going to be set up for folks to stay in it once they’ve graduated,” she said. “If we can answer that question properly, we will have built the city of the future.”

Dibble said Hodges’ work on social justice was one of the reasons he encouraged her to run for City Council in the first place, and people don’t realize how much work she put into the “vote no” campaign.

“I would wager this: no other councilmember that I’m aware of did more to defeat this amendment than Betsy Hodges,” Dibble said.

Hodges said she’s always wanted to include all people in the democratic process, and as mayor, that would continue.

“I’m a progressive that can organize people,” she said. “I can bring everybody to the table, and that’s where the real progress can happen.”