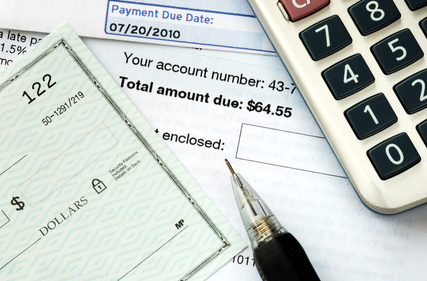 For thousands of Americans occupying the streets and government centers nationwide, major corporate banks have been a pain, so customers have moved their money to community financial services. But for a Minneapolis-based web project manager, there is no reason to close his Wells Fargo accounts.

“Corporations in general are being treated unfairly,” Kevin Quinlan said. “You can’t just make a blanket statement and say that every major corporation is big and greedy.”

This is one in a three-part series of articles on banks, credit unions, and the “unbanked” in Minnesota:
• Thousands of Minnesotans move money to credit unions
• Corporate banks “very important” for some
• Many Minnesotans stay unbanked

Day said he understands the concern of the thousands of Americans complaining about overdraft fees and the unneeded services, which bank tellers sell to customers every time they make a deposit.

“Banks could be a lot more customer friendly,” Day said. He also noted that often people are not well served because they don’t have enough money.

Day attempted to shift to community banks such as credit unions, but he said it’s nearly impossible for him to do so.

For Quinlan, nothing can top corporate banks, such as Wells Fargo where he has banked for 14 years.

“I haven’t thought of moving my money because I like a bigger bank,” said Quinlan. “[Bigger banks] usually mean they’ve more services, especially online. Banks are going to have a better website and more tools online than credit unions.”

“Part of what distinguishes Wells Fargo as a modern financial services company is our history of working to satisfy all of our customers’ financial needs and helping them succeed financially,” said John Stumpf, Wells Fargo chairman, president and CEO, in a statement.

But in June, according to an article in the Chicago Tribune, Wells Fargo Bank, along with other corporate banks, was reported to have not performed performing sufficiently in helping the struggling homeowners. “The government’s audit,” according to the article, “found that Wells Fargo needed substantial improvement in the way it communicated with borrowers and evaluated borrowers for loan modification.”

But when it comes to fixing overdraft fees, Quinlan said the bank has been doing a good job in his case.

“There has been times ws hen I’ve gotten [an overdraft] fee. I called Wells Fargo customer services, and they waived the fee,” Quinlan said. “So if you call, for the most part, I don’t think that they are just faceless. You’ll get pretty good service, if you go in with the right attitude and explain your situation.”

According to a Wells Fargo news release, the bank, which is headquartered in San Francisco, serves one in three households in the United States.

With $1.3 trillion in assets, the bank “provides banking, insurance, investment, mortgage, and consumer and commercial finance through more than 9,000 stores, 12,000 ATMs, the Internet — wellsfargo.com and wachovia.com — and other distribution channels across North America and internationally,” according to the statement.

With its more than 270,000 team members, Wells Fargo has 24/7 customer services, a reason that Quinlan likes about big banks.

“The bigger banks are more available 24/7 versus the credit union, which has limited serving time,” Quinlan said.