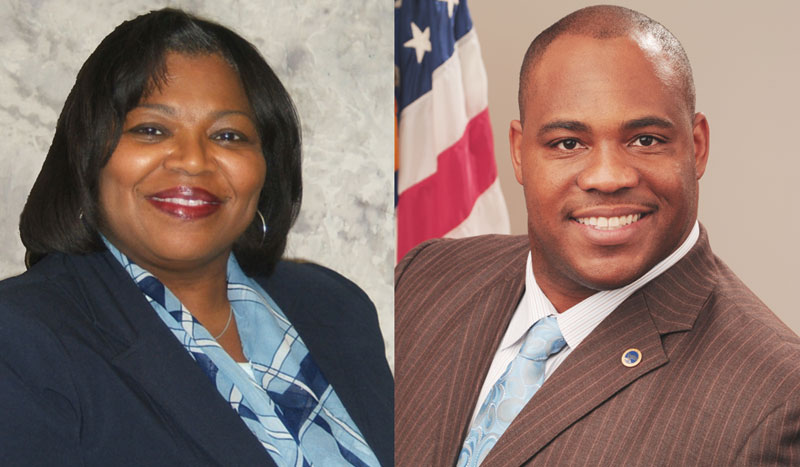 The U.S. Health and Human Services Department (HHS) earlier this year released new data indicating that nearly four million Blacks will gain health insurance coverage by 2016 because of the Affordable Care Act (ACA), which last month the U.S. Supreme Court ruled constitutional. The Supreme Court challenge did not interrupt the government’s ongoing action to put the provisions of the ACA into practice.

“We at the department have never [stopped] implementing the law,” explained Health and Human Services (HHS) Intergovernmental and External Affairs Director Anton Gunn in a phone interview with MSR. Since 2010, the HHS has implemented such provisions as uninsured Americans with pre-existing health conditions gaining access to coverage, prohibitions against children being denied coverage because of pre-existing conditions, the elimination of lifetime limits and coverage of preventive health services.

“But now [after the decision] we know that the American people have greater security and greater protection knowing that the Affordable Care Act is making health care more accessible and better quality for them,” said Gunn.

Minneapolis barber Bernard Walters depends on MinnesotaCare, a publicly subsidized program for state residents who do not have access to other affordable healthcare coverage, because “that is the cheapest.” He has had a couple of major surgeries and gets annual check-ups. “When you get 50 and 60 years old, you’ve got to have it.”

New HHS data on the ACA reveals that an estimated 5.5 million Blacks with private insurance now have access to expanded preventive services, including blood pressure and cholesterol screenings, Pap smears and mammograms for women, and flu shots for children and adults with no cost sharing. Over 4.5 million elderly and disabled Blacks who have Medicare now have expanded preventive services as well, and 410,000 young Blacks between ages 19 and 25 now are covered under their parents’ health insurance.

Not having health coverage because of a pre-existing condition “held a lot of people hostage,” says NorthPoint Health CEO Stella Whitney-West. “They were afraid to move or lose their job because they wouldn’t have insurance or insurance for their child.”

Eliminating lifetime limits on insurance coverage is another ACA provision Whitney-West points out. “Anyone who has been in the hospital for any type of major disease or surgery knows that you can get tosome of those caps in a short period of time. How can you put a cap on someone’s life? What a tragedy of paying insurance premiums…and the time [they] actually need it, their company cuts them off.”

Despite the Supreme Court’s decision, Whitney-West believes the healthcare debate isn’t going away. “There is still a great deal of opposition in this country to what President Obama is trying to do.”

Ghita Worcester, UCare public affairs and marketing senior vice-president, adds that “the very significant rhetoric” about health care and the ACA still continues. “My fear is that you and I are going to be seeing a debate about what was in the Affordable Care Act all over the airwaves and the newspapers up until the elections [in November],” she notes.

Both Gunn and Whitney-West attribute much of the problem to a widespread lack of understanding of the reform provisions. “There are mountains of misinformation,” said Gunn. “We need to stop the barbershop talk, or what your girlfriend or your uncle tells you about the Affordable Care Act that doesn’t have any basis or fact about the law. Any number of people can spin their own interpretation of the law and make it sound like a fact.”

He explained that because of the ACA, “There is a new rule in place with insurance companies that they cannot spend more than 20 percent out of the dollar that you pay as a premium for overhead costs. They have to spend 80 percent of what they collect in premiums on providing better quality care to you.

“If they spend more than 20 percent [on overhead], they have to give that money [back] to the people as a rebate.” Gunn said that the HHS website, www.healthcare.gov, “is completely accurate to what is happening with the Affordable Care Act.”

There is “a lot of misinformation that’s out there — a lot of fear” about the ACA, agrees Whitney-West, who supports the requirement that everyone must be insured or pay a penalty.

“At some point in your life, you are going to need medical care,” she states. “I think it makes perfect sense. If you have someone who has the ability to get insurance but they choose not to, that means they are making the decision that the rest of us are going to pay their insurance.

“Another misinformation is that [the ACA] will allow government now to get in between a patient and their doctor. That is so far from the truth. People who already have insurance and have a relationship with [a physician], nothing is going to change for you. You still have choices.”

Calling it a tax or a penalty is just semantics, says Whitney-West. “It doesn’t matter what you call it. The reality is [that] it’s a benefit for everyone.”

“You look at the rising costs of health care… Another misinformation is that this law is going to cause this dramatic increase in healthcare costs, and we won’t be able to afford it. We have to do something with the way the healthcare costs are now.”

“I’m working, and I’ve got medical [coverage],” says Jesse of St. Paul [last name withheld by request]. His health insurance pays 80 percent, “but 20 percent is a chunk of money. I was in the hospital a couple of months ago with an abnormal heartbeat. I’m looking at 700-some dollars.”

Whitney-West puts much of the blame on the current healthcare industry’s setup. “The health care cannot be regulated and monitored as other industries. You are talking about what everybody needs — that’s different than other commercial industries. Not everybody needs a car, nor does everybody have a right to a car.”

Community health centers such as NorthPoint have received additional federal funds to serve more patients because of the ACA, says Whitney-West. The ACA established the Community Health Center Fund that provides $11 billion over five years for expansion, operation and construction of health centers throughout the U.S.

Whitney-West says that as a result of this fund, her clinic received a federal grant “to help us recover some of our costs [from helping uninsured patients]. It doesn’t cover all of it 100 percent, but it helps.”

She calls the Affordable Care Act “one of the greatest opportunities that we have in this country to actually ensure equal access to a basic right, and not a privilege. People should have the right to health care. It is afforded to us in the Constitution.”