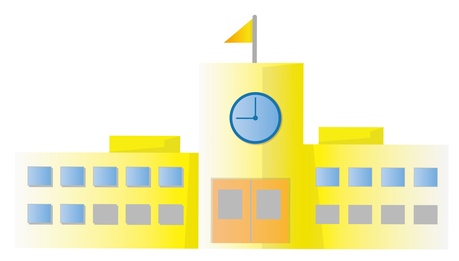 Sleepy Eye Public Schools officials have done a fantastic job managing the district’s finances. At the beginning of the school year, the district had a fund balance of $1.6 million, no short term debt and was one of only five school districts in the state that does not ask district residents to supplement its budget with local property taxes.

Thanks to financial mismanagement at the state level, Sleepy Eye’s superintendent says the district could be in statutory operating debt within two years. At the very least, the district will have to ask local voters in November to raise taxes and help make up for the state’s lack of school funding.

To add insult to injury, thanks to budget delays from the state the district will likely have to pay $30,000 in fees and interest on a short-term loan to pay its bills this spring. This will cost the district the equivalent of nearly one teacher’s salary.

First, the state has cut revenue to schools an average of 14 percent since 2003. Without a local levy, Sleepy Eye made up the difference through cuts to programs and staff – a total 10 percent of their budget in the past two years alone.

Last summer Gov. Tim Pawlenty ordered 27 percent of state aid to schools be delayed until June 30. That means that more than one quarter of Sleepy Eye’s budget won’t get to the district until the end of the fiscal year.

Then on Tuesday, the state announced that aid payments in March and April will be delayed until May 30. This means Sleepy Eye will need to take out a loan to meet its financial responsibilities, costing the district at least $30,000 in interest and fees.

“We did everything we are supposed to do,” Cselovszki said. “We’ve been responsible with our money. The state didn’t do its part. It’s supposed to provide funding for schools and it hasn’t done that.”

The Sleepy Eye school board will decide this spring if it will ask voters to raise their taxes to keep the district out of debt, but Cselovszki holds no illusions about the referendum’s chances. The economy is in rough shape. Sleepy Eye schools work with a large number of students from migrant families that aren’t in town in November and typically don’t vote if they were.

But Cselovszki’s biggest concern is that Sleepy Eye is also home to St. Mary’s Catholic School with an enrollment of about 400 students. “People support public schools when you talk to them in the café, but when they’re in the voting booth, who knows what will happen,” Cselovszki said.

During his tenure as governor, Pawlenty has performed contortions to both raise taxes while keeping his “no new taxes” pledge. This required him to avoid paying for regular cost increases (like energy) in education spending (that’s the no new taxes part) while making districts pick up the slack by running local levy referenda elections (that’s the raising taxes part). The result is that taxes are raised, but not by Pawlenty himself. Pretty slick, eh?

So now we have Sleepy Eye administrators. They handle their money responsibly. They refuse to ask voters to raise taxes. Where does that land them?

Right in the bullseye. The state is going to withhold $539,194 until May 30, and has withheld more than $1 million of its $6 million budget since July 1. Now the district will take out a loan to cover their spring bills, costing $30,000 out of pocket for interest and fees.

They only money the district can count on, is from the state. Will Sleepy Eye get its money back? The state says it will pay the money back, but with a deficit of more than $1 billion dollars, school leaders are right to wonder where the money is going to come from. They fear this is a way to carve out money and never pay it back.

Is this any way to run an education system? No it is not. Minnesota’s education leaders should be worrying about things such as curriculum and teacher excellence, not short-term loans and fiscal irresponsibility. Minnesotans have a right to be ashamed of their state government.

Cselovszki speaks for every other school district leader in the state when he says “This has put us in an absolutely dire financial situation. I don’t know how we’re going to get out of it.”