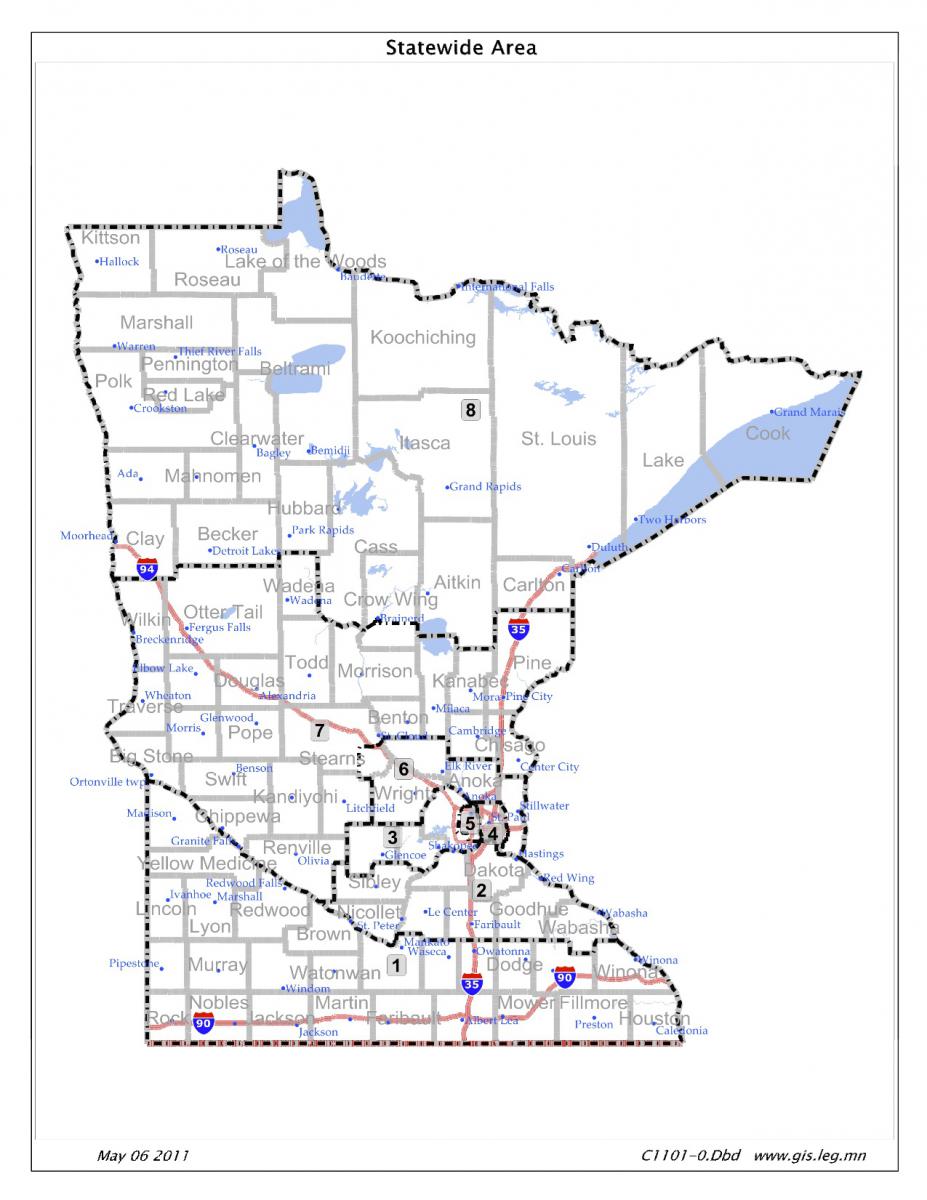 Of course, the map is likely to meet a gubernatorial veto, even if it does pass the GOP-controlled legislature before May 23. That will mean an opportunity for more wrangling before the 2012 session, and probably, in the end, a court-drawn redistricting plan.

The new 7th is clearly designed for Republican comfort. The new 6th, Michele Bachmann’s district, should be a safe haven for her. The 2nd and 3rd Districts are not greatly changed, though the 3rd becomes even more Republican friendly by sweeping slightly farther west.

Want to find where your new district would be? Just click here, and enter your address or zip code to find your district under the GOP plan, complete with census summary information.