America is founded on the ideals that families should stick together, that hard work should be rewarded, that those fleeing persecution should find refuge on our shores, and that our justice system should give due process and a fair day in court to everyone who comes before it.

The immigration reform bill passed by the U.S. Senate last month goes a long way to restoring these values, but trading off increased militarization along U.S. borders for a road map to citizenship sells our American values short.

For decades the United States has poured money into a military infrastructure complete with personnel, technology, even drones. Since 1986 the United States has spent more than $186 billion in immigration enforcement, including $11.7 billion to border security in 2012 alone – an 85 percent increase in spending since 2005. Today over 21,000 border patrol agents (in addition to 20,000 other U.S. Customs and Border Protection agency employees) are stationed at our borders, subject to scant oversight on use of force, racial profiling, or community policing. Over 650 miles of fencing have been built, at a cost of billions of dollars and the waiver of over 30 environmental protection laws. 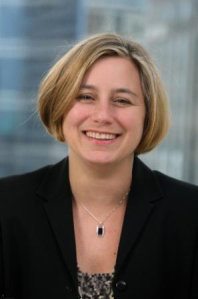 Today the rhetoric – and the lobbyists – of war permeate the discussion around border policy as defense contractors, looking for new opportunities, push hard for defense technology applications in the immigration reform bill. So far, they have been rewarded with $46 billion allocated in the Senate bill to border security.

Building a commonsense immigration system that reflects American values won’t be easy, but the essential elements are no mystery. Read about these elements and more in The Hill.