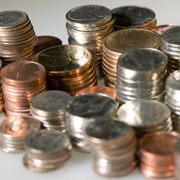 How large is government in Minnesota relative to other states? How high are taxes? The answers depend in large part on how and what we choose to measure. This article gauges Minnesota’s size of government relative to all 50 states by looking at state and local government revenues.

A common way of measuring the level of taxes is through the “effective tax rate” (ETR). The ETR is equal to taxes as a percentage of income. Using data from the Institute on Taxation and Economic Policy (ITEP),* it is possible to calculate 2007 average ETRs for all 50 states. Based on this data, Minnesota has the 11th highest state and local average ETR among the 50 states.

However, it is important to note exactly what this ETR does and doesn’t measure. The ITEP report focuses on the final incidence of taxes, after taxes paid by businesses have been shifted to those who ultimately pay the tax. For example, a portion of business taxes are not ultimately borne by business, but are passed on to consumers through higher prices or to labor in the form of lower wages. In this way, a large portion of business taxes are exported out-of-state. The ETRs calculated using ITEP data includes only the portion of state and local taxes borne by state residents and excludes taxes that are exported to non-resident consumers and businesses.

An alternative to the effective tax rate is total state and local taxes as a percentage of personal income. The tax data used is from the U.S. Census Bureau and, unlike the ITEP data used to calculate the ETR discussed above, it includes all tax revenue collected by state and local governments, including taxes that are exported to non-residents.†

In terms of total FY 2008 taxes as a percentage of personal income, Minnesota ranks 17th among the 50 states. The decline in this ranking relative to Minnesota’s 11th ranking in ETRs is primarily the result of tax exporting. Some states–particularly states that are large energy producers–are able to shift a large portion of their tax load to non-resident taxpayers. For example, through taxes on oil production Alaska is able to export a larger portion of its tax load to non-residents; this explains why Alaska ranks 50th in the nation in ETR but 1st in total taxes as a percent of personal income.

States that are able to export a substantial share of their tax load through energy taxes–including Alaska, Louisiana, North Dakota, West Virginia, and Wyoming–move higher in tax rankings when exported taxes are included.‡ These states rank below Minnesota in ETR, but rank higher than Minnesota in terms of total taxes as a percent of personal income.

Furthermore, taxes represent only a portion of the total revenue collected by government. In addition to taxes, states collect fees and charges, special assessments, interest earnings, and other general revenue. All sources of revenue collected by state and local governments excluding assistance from the federal government is referred to as “own-source” revenue. Own-source revenue data used here is also from the U.S. Census Bureau.

Finally, own-source revenue excludes a major source of state revenue: dollars from the federal government. Minnesota is below average among states in terms of the level of assistance received from the federal government. FY 2008 total general revenue–including both own-source revenue and federal aid–is available from the U.S. Census Bureau. In terms of total general revenue as a percent of personal income, Minnesota ranks 31st among the 50 states.

The graph below shows the percentage by which Minnesota is above or below the national average in terms of ETR and taxes, own-source revenue, and total revenue as a percentage of personal income.

As we move from limited measures of public revenue (taxes borne exclusively by state residents) to broader measures (total own-source revenue), Minnesota’s rank among the 50 states and position relative to the national average declines. Based on the broadest measures of public revenue, Minnesota is actually a below average state. Click here for a table showing the four tax and revenue measures examined above for all 50 states.

The effective tax rate is a legitimate way to measure taxes paid by residents of a state, though it is not particularly useful as a measure of the total level of taxes or the overall size of government in a state. Based on the broadest measures of public revenue, Minnesota is not a big government state.

*Specifically, this analysis uses data from an ITEP report entitled “Who Pays? A Distributional Analysis of Tax Systems in All 50 States.” While this report does not list the average ETR for all taxpayers, it is possible to calculate the average ETR for each state using data in the report. The most recent edition of this report focuses on taxes paid in 2007 adjusted to reflect the impact of permanent tax changes enacted through October of 2009. The scope of this study is limited to non-elderly families.

‡Another reason that some states rank below Minnesota in terms of ETR but above in terms of taxes as a percent of personal income has to do with tourism. States that rely heavily on tourism, such as Hawaii, are able to export a significant portion of their tax load to non-residents through sales and other taxes paid by tourists. As a result of tax exporting to non-resident tourists, Hawaii moves from 12th highest in ETR (below Minnesota) to 6th highest in total taxes as a percent of personal income (above Minnesota).