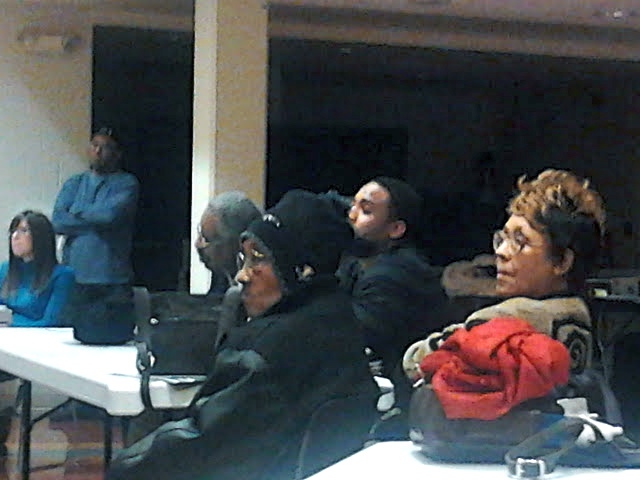 Though GangNet, the controversial gang database run by Ramsey County’s now defunct Gang Strike Force, was shut down in August, and the Gang Pointer File, run by the Bureau of Criminal Apprehensions, has dwindled to less than a third of its numbers because its main feeder was GangNet, it’s seemingly not over for the Gang Pointer File.

The Violent Crime Coordinating Council, a legislatively authorized group established to provide guidance related to the investigation and prosecution of gang and drug crime, held two community meetings — one at Little Earth in Minneapolis on November 10 and one at the MLK Center in St. Paul on December 1 — in order to get community input about “how to best identify people involved in gangs and violent criminal activity,” according to their website.

As articulated in a report by the Community Justice Project of St. Thomas Law School in collaboration with the NAACP, community members have long held concerns about how gang members are identified, believing in some cases, communities of color are racially profiled and harassed. In addition, criticism has focused on the 10 point criteria used for both GangNet and the Gang Pointer File, which includes such criteria as being photographed with a gang member, corresponding with a gang member, or being seen to be associated on a regular basis with a gang member, all of which might be true of someone who lives in the same community and/or is a family member of a gang member. In order to be submitted to the Gang Pointer File, an individual must be 14 years of age, have committed a gross misdemeanor or felony, and fit 3 of the 10 criteria.

According to minutes from a meeting held by the Violent Crime Coordinating Council on August 10, 2011, the Gang Pointer File was down to 2/3 of its original size, from 2700, to 1700, and will likely go down to 1000 during the next purging process. But even with GangNet gone and the Gang Pointer File diminishing without new data being added to it (the majority of the data previously coming from GangNet), community members expressed concern about issues related to the Gang Pointer File — its criteria and lack of transparency (especially its failure to notify parents that their children are on the list) as well as other issues.

At Thursday’s community meeting, Dianne Binns, an African American woman who has worked as a parole officer for Hennepin County for the last 22 years, says she worked on the Pointer system with the Council of Black Minnesotans when it was first getting started. Back in 1998, she didn’t know much about gangs, she said, other than that her cousin was killed by a gang member. “When we worked on this,” she said. “We didn’t get it right.”

Binns thinks that 10-point criteria needs to looked at. “I have clients who are 60 years old, and they laugh about the fact that they are a Disciple, though they haven’t gang-banged in 20 years… just because a person wears their pants down doesn’t mean they are a gang member. I threw symbols when I was a kid — and I didn’t know anybody in a gang.”

Another community member, David Conover, spoke of the database’s inability to help an individual who has made mistakes. “If you say ‘if you are a gang member and that’s what you are,’ then people don’t get second chances,” he said. “People change.”

Other criticisms from community members on Thursday included the recommendation that people be notified when they are taken off the list, as well as when they are put on it, and many felt the 10-point criteria were unfair. “This is just the Gestapo,” one man said. “Maybe we should take a point file of all the law enforcement officials.”

Another issue that was brought up by several people was that the majority of the presenters (with the exception of Melvin Carter Jr., who serves on the VCCC) were white. “Look at the people making the decisions,” said one elder gentleman. “They’re 90 percent white. We’re used to this being done to us.”

Nekima Levy-Pounds, a law professor from the University of St. Thomas stated that if there was a similar gang database system happening in Edina or Minnetonka, “it would not be allowed to happen.”

Meeting notes from the Community Meeting at Little Earth show similar criticisms- especially the unfairness of the criteria and the lack of notification to individuals and parents.