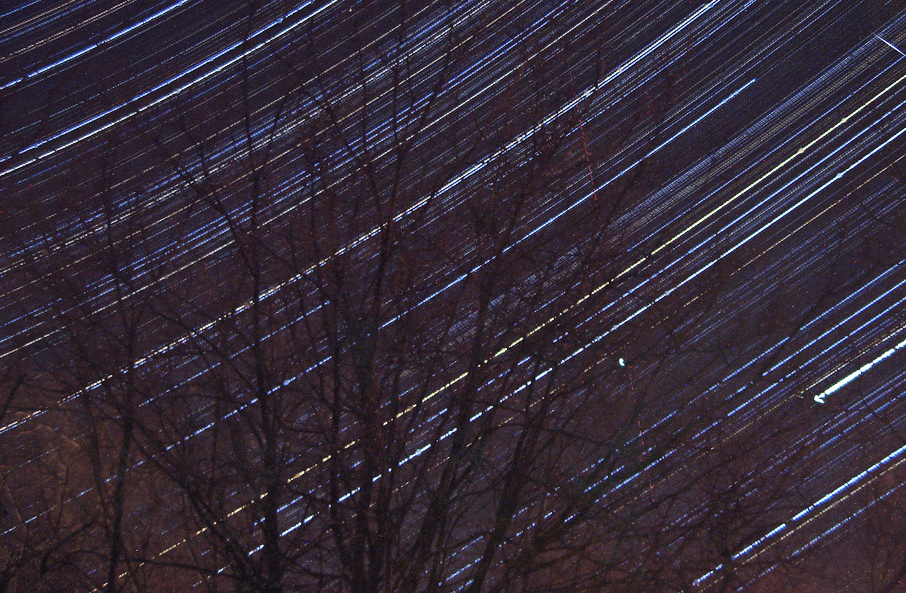 When I was five, I thought the paper factory in my home town made the clouds and our village was responsible for making the rain. On cold mornings, steam fogged downtown. From the hill where my elementary school sat, if you squinted your eyes, the blue factory turned into a shimmering lake. In high school, I played a different game, imagining what our town looked like before houses. I unpaved the roads and looked between the trees for remnants of valleys and curves left behind from the original, unlandscaped terrain. Everything went quietly, except the factory and its long billows of smoke, tied stubbornly to the banks of the Mississippi.

One day last month, the world woke up to a 10-ton meteorite exploding over central Siberia—among news reports about Syria, the destruction of Alepoo, and President Obama’s agenda to raise the minimum wage. It tasted like sticky-sweet fiction, the kind of story we make up to scare ourselves and draw symbols from. Especially paired with coincidental news about a second space rock passing within 17,000 miles of Earth’s atmosphere—one baseball grazing the neighbor’s window, the other landing in his backyard.

But what really, really thrilled me, is that nobody predicted it.

Today it’s snowing again, and climate models are calling for a wet Minnesota spring. I know the stock market will impact my meager portfolio. Scientists know I’m genetically dispossessed to high-blood pressure and breast cancer. Google has enough data to predict what I’ll buy. My career involves analyzing emails to understand what makes certain demographics open, click, and tweet our content. So rarely do I  wake up to the unpredicted, unannounced pieces of a world not controlled by men and women, regardless of their claim to power.

So today I played a game where I imagined our elders—not our scientists—were the first people we turned to when a falling star broke open the morning sky. Instead of asking how many tons the rock weighed, what if we asked our poets how we should tell the story to our children? What if our awe translated into ceasefires instead of fact collecting? Not what might have happened if the meteorite had hit the city of Chelyabinsk, but how events like this should remind us we’re vulnerable onlookers whenever we look up at the sky, or into our DNA, or at the factories pouring smoke into the atmosphere.

One July a few years back, my friends and I heard reports about an usually bright occurrence of northern lights circling the globe. We piled in the car as the radio described brilliant green skies over Iceland, moving our way. We drove beyond the Twin Cities suburbs with blankets and beer, looking for an opening in the sky. On a dirt road near Hugo, Minnesota, we pulled over next to a lake and walked to the shoreline. We waited for hours, squinting at the horizon. Occasionally a passing satellite flickered over us, and we pointed at breaks in the darkness. But it was only our imagination.