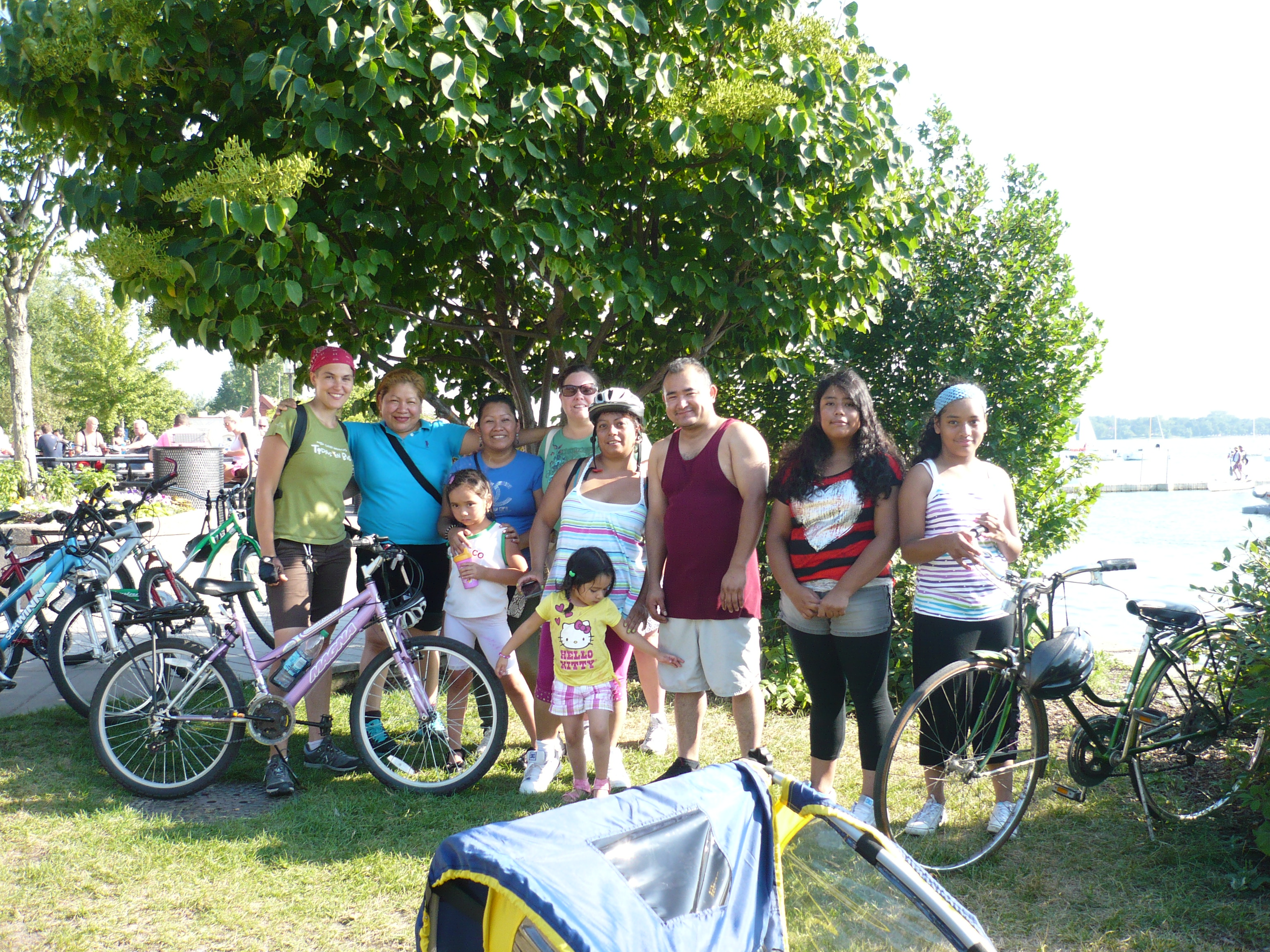 Even on the most blustery day, one can see bicyclists braving the icy roads here in Minnesota. Commuters and recreationalists alike take to the streets, making the Twin Cities one of the top bike regions in the country. The city of Minneapolis was second only to Portland, OR as the most bike-friendly city in the nation, as deemed by Bicycle Magazine in 2012. Not only are the Twin Cities competitive on a national level, but continue to impress locally with ever-increasing cycling statistics. In the past five years, Bike Walk TC has noted a bicycle traffic increase of 51% in the metro area.

This increase shows that Minnesotans are warming up to the idea that cars are not the only answer to transportation needs. Bicycling can provide personal health benefits, safer streets, and the obvious environmental benefit of pedal power. It also relieves financial strain, as the average Minnesotan spends almost $9000 year to own and use a car (2001 est. by AAA).

However, this pedal push is not always equitable. Of all the bicyclists in the Twin Cities, only up to 37% identify as women, according to the American Community Survey of the Census Bureau. Though higher than the national average of 24% women cyclists, this low statistic reflects how women continue to be marginalized from the cycling world. Time constraints, safety concerns, public perception, and costs are common barriers noted by women cyclists that are simply not being addressed by the overarching movement. To get more women on bicycles, there has to be a targeted effort to address these barriers and specifically focus on empowering women. 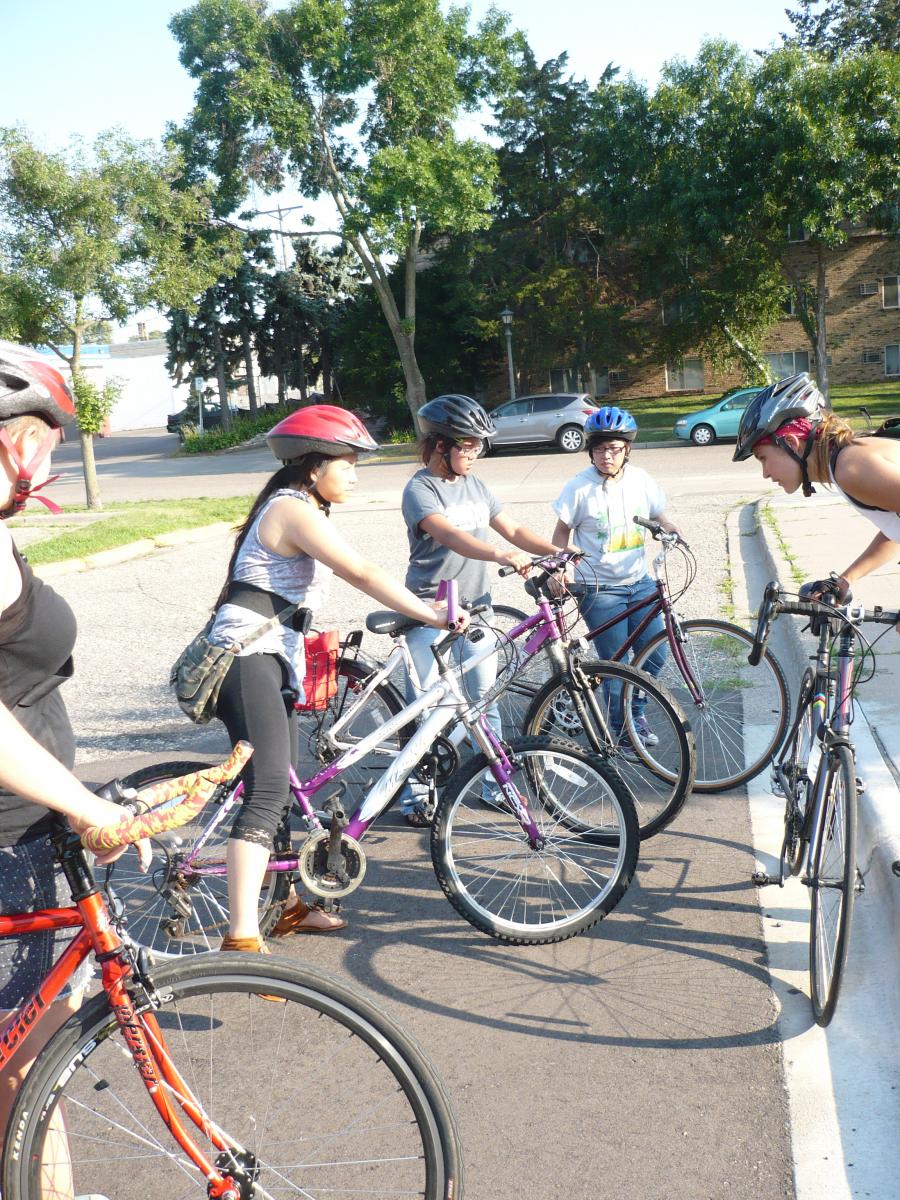 One such effort is the Community Partners Bike Library (CPBL), a program of Cycles for Change. CPBL offers free bicycle loans for up to six months to members of local organizing groups and social service organizations that specifically work with traditionally marginalized groups including women, immigrants, and low-income communities. The CPBL and its partnering organizations take a critical look at the barriers to bicycling and address these with programming such as Learn-to-Ride and Riding in Traffic classes. For passionate cyclists, CPBL offers Train-the-Trainer workshops to engage Bike Library patrons and other community members in learning how to teach other adults how to ride in order to spread bicycling throughout the community. The CPBL also connects more community members to free programming available at C4C including women and trans* open shop, Earn-a-Bike, and leadership opportunities that are available to both Bike Library patrons and the general public. By offering courses specific to the needs of its community partners, the Bike Library program works to engage and empower participants to succeed in bicycling.

Jacquie, a resident at Sarah’s Oasis, a partner of CPBL, shared her testimony about overcoming her fear of traffic through CPBL programming. “I never knew I would ride a bike in traffic until I joined the Bike Library program. I was always nervous to see someone riding beside a busy road with traffic. I made sure that I would never ride a bike on a busy road with cars…but wait until I got to the class and everything changed. I gained my confidence by attending the classes and practically riding in traffic.”

Jacquie is now an intern with the program and thrives on teaching others riding skills. She has even built her own bike through the Earn-a-Bike program at Cycles for Change.

This year, over 250 bikes will be loaned through CPBL with at least 60% reserved for female-identified folks. In addition to doing targeted outreach to women, including women-led organizations around the Twin Cities, the Bike Library also has a track record of working with communities of color, with 92% of 2012 participants identifying as such. To keep an equitable voice and progressive movement, bicycle and transportation justice programs must identify the needs of their community and proceed with intention. Programs like the Community Partners Bike Library here in the Twin Cities offer a hopeful outlook to this and other cities in increasing equity in the bicycling movement. To get involved with the Bike Library, send an e-mail to bikelibrary@cyclesforchange.org. The CPBL engages with diverse communities and offers many volunteer and partnership opportunities.