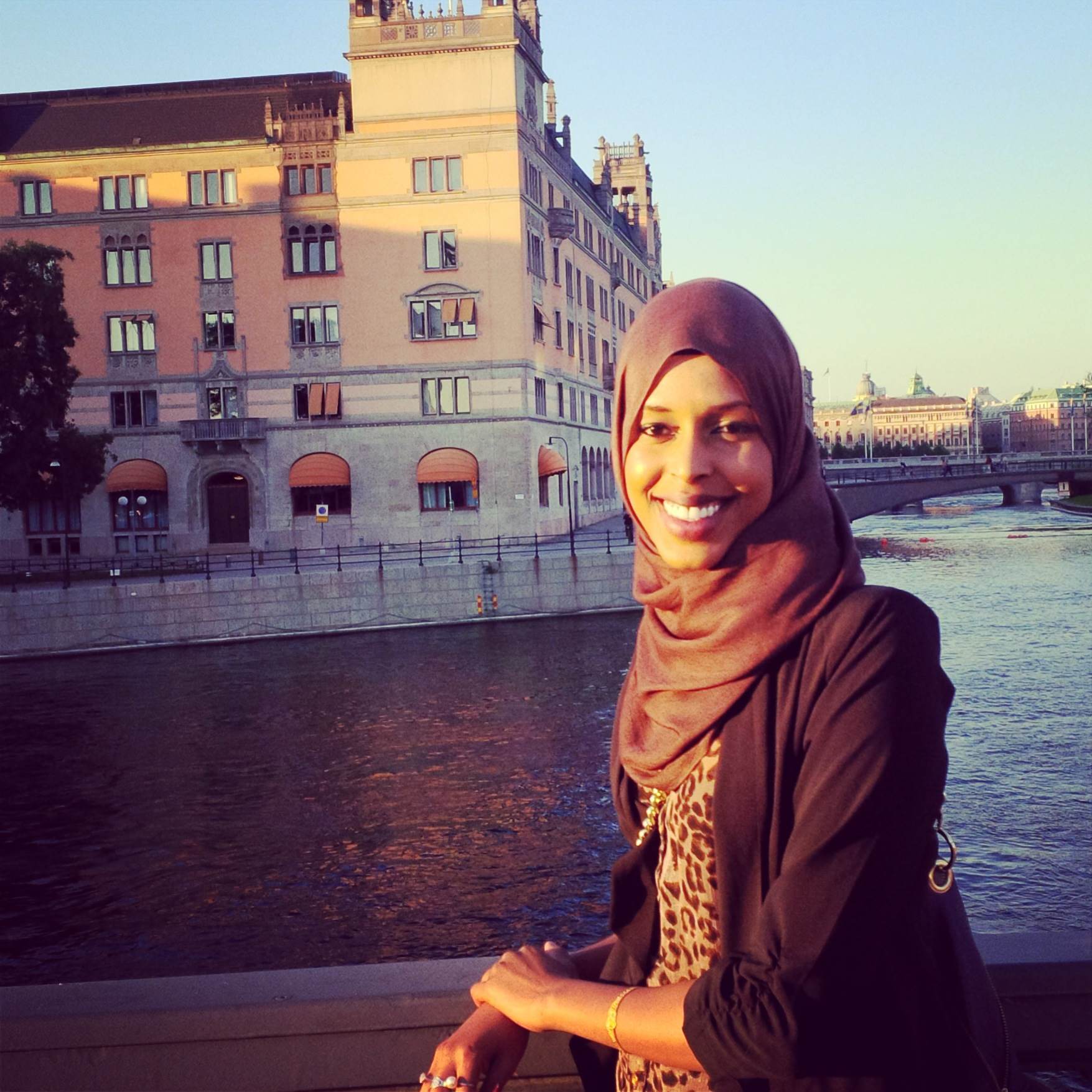 “We define ourselves as a nation of immigrants.  That’s who we are—in our bones. The promise we see in those who come here from every corner of the globe, that’s always been one of our greatest strengths. It keeps our workforce young.  It keeps our country on the cutting edge. And it’s helped build the greatest economic engine the world has ever known.” - President Barack Obama

In June 2013, I traveled to Stockholm, Sweden as a grantee of the U.S. Government, specifically of the U.S. Embassy in Stockholm. The purpose of this travel was to present a workshop at the 2013 Nordic Somali Youth Summit, “a project that continues to strengthen and connect engaged youths across the Nordic borders and promote cross-national cooperation on education, employment, social entrepreneurship and political participation.”

During the summit, I led a workshop titled, “Modern Somali-American.” I discussed the dichotomy of traditional and modern social norms and how they are reconciled day-to-day in Minneapolis, Minnesota. I also shared stories about efforts to engage community members as active participants in creating solutions to community concerns.

I shared stories from my four, formative years at Luther College. It was at Luther where I learned to be comfortable in my skin and with my identity, which was not exactly mainstream in a Norwegian-American Lutheran college.

I identify as a Muslim, Somali, American, and a feminist. At Luther, I learned that the intersection of those identities is not only possible, it is a strength.

Over the years, I became much more self-aware. I became aware of my ability to comfortably navigate and shift between cultures and identities. I learned to be at peace with being a perpetual insider and outsider.

My Somali counterparts in Sweden could relate to my stories. We connected on our shared narrative. I left the Summit feeling inspired. I made friends, and potential collaborators. I made connections that would last me a lifetime.

Sadly, upon returning to my own borders, the same values I was espousing to foreigners abroad about America’s tolerance of immigrants were not extended to me.

I traveled back to Minneapolis on Sunday, June 9. Upon my return, a U.S. Customs and Border Protection (CBP) Officer at the Minneapolis-St. Paul International Airport conducted an unnecessary, unjustified, illegal, and degrading search.

I understand that for some people, searches at airport checkpoints might seem routine, but let me explain to you why this was not.

It was not a random security check upon my arrival into the United States. After the initial questions, the officer referred me for additional screening without explaining the process. I was the only passenger chosen for the additional screening, and the screening took place in the open area, not in a private room.

The Officer said my name and country of origin were “red flags” and that people with my name do “bad things.” He said “there is always an issue when people are entering the United States.” Simply put, I was the target of racial, ethnic, and religious profiling.

My ethnic and religious background raised a red flag for the officer, and I was profiled based on my identity—not because of anything I had actually said or done.

Although I fully complied and answered all of his questions during the unnecessary screening, the questioning officer insisted on using intimidation tactics. When I attempted to inquire about the extra screening, he became defensive and threatened to stop being a “nice guy.” I have a right to know why I was stopped, and vague mentions of my ethnic background do not justify such a search.

He asked me if I had visited Somalia and about my purpose for entering the U.S. Clearly, through my passport, the officer has access to all of my international travel. Somalia is not one of the countries I have visited. And given that I have a U.S. passport and had only left the country a few days before, he knew full well that my purpose for entering the U.S. was to return home.

The officer was clearly searching for, and intent on finding, something more. He threatened to find something in my luggage to use against me. His language was demeaning, and he would not let me speak. He did not like that I challenged and questioned his approach. And when I insisted on real answers to my questions, he responded in a very slow, degrading manner. He also kept repeating himself, at which point, I asked why he was speaking in a condescending manner to me. This only infuriated him more.

This treatment was not simply discriminatory. It directly violates the 4th and 14th Amendments of the U.S. Constitution, which state that authorities require probable cause prior to a search and ensure equal protection for every citizen regardless of background.

At this point, I asked the officer for a complaint card, and he threatened to make notes on my passport. He said if I complained about the incident, he would lie in order to ensure that I have a difficult time whenever I travel in the future.

When I asked for his name, he refused at first and then gave me his last name only: Brooks.  Officer Brooks began to shout at me, saying, “If you file a complaint against me, I will write things in our system about you.” His threat and refusal to provide me with his full name was alarming.

Other officers came around to make sure everything was okay because they heard Officer Brooks shouting. Everything was not, and they called their supervisor. The supervisor listened to my complaint and provided me with a complaint form to fill out.

I left the airport feeling defeated. I was angry, and I felt powerless.

What happened to me at the airport violated my civil rights and liberties. I was treated with discourtesy, humiliation and disrespect. The poor treatment I received violates CBP’s pledge to travelers. I could have remained silent during and after this incident. But that would mean that I was condoning Officer Brooks’s behavior and action.

The sad reality, though, is that my experience was not unique.  This is the type of xenophobic treatment that people deemed “other” in the U.S. experience daily at the hands of authorities who claim to be “protecting” us.

We are in the middle of a national debate about immigration reform. This is an opportune time to tell Congress that immigration reform should ban all forms of profiling, and to tell Senators Franken and Klobuchar to pass the End Racial Profiling Act. I am a U.S. citizen and part of a diverse community in Minneapolis. This country is my home, and I should not be the subject of racist, unnecessary security checks every time I travel back to my country.

I am sharing my story so that others with a similar background do not experience the same poor treatment. Racial, ethnic, and religious profiling have no place in the United States and are an outright form of racism. In addition to telling congress to end all forms of profiling, please write to your local representatives  to ensure travelers are not subjected to profiling. If you live in Minneapolis, please help me amplify my voice by writing to Al Franken, Amy Klobuchar, and Keith Ellison; and by calling Minneapolis CBP Office at 612-727-3415 or submitting a comment to MSPcomments@dhs.gov.