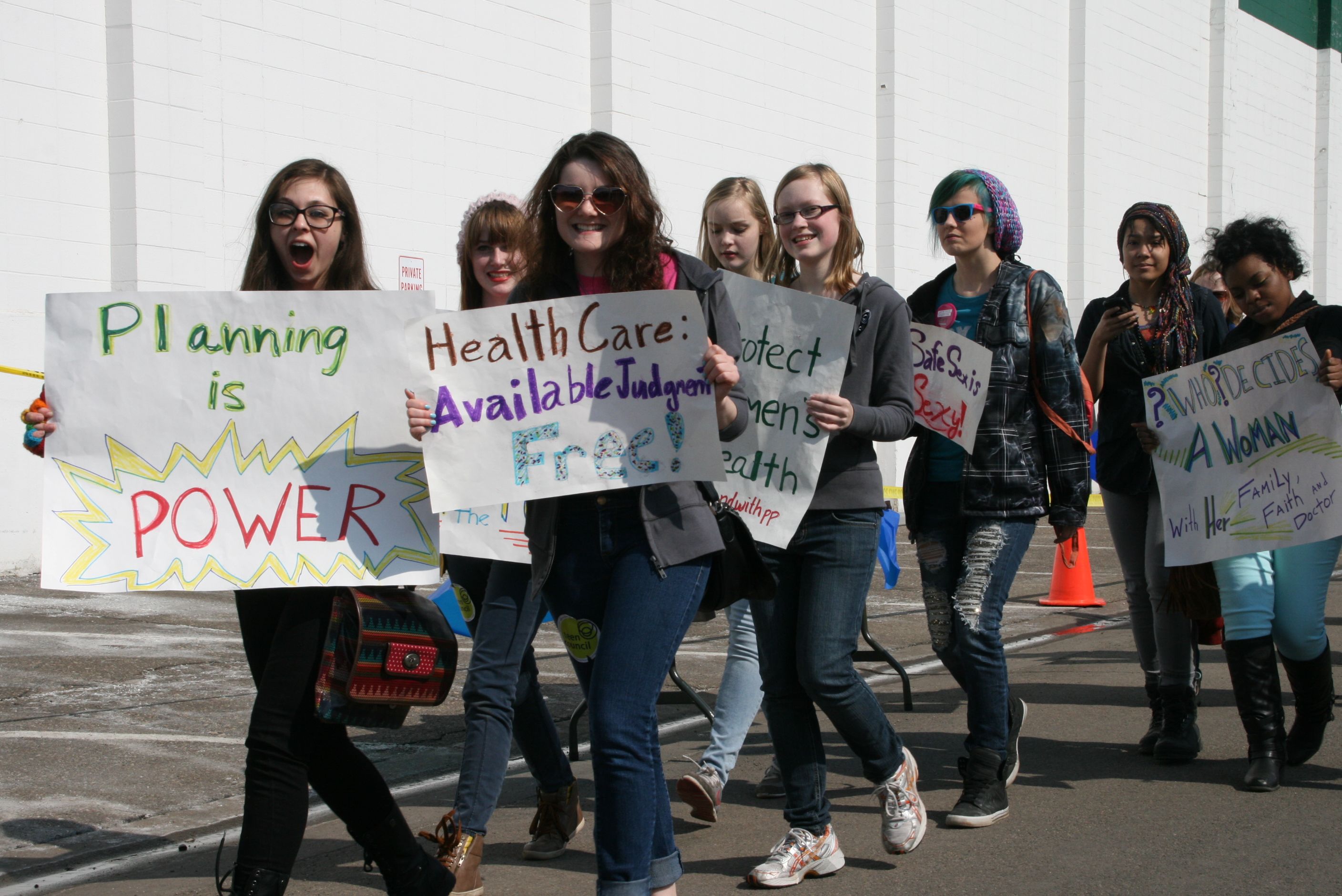 Friday’s sunny skies and relatively warm temperatures made the annual Planned Parenthood Good Friday Solidarity Day easier for the several hundred people who attended. This was the first time the event, to support abortion rights, birth control and women’s health, was held at the new Planned Parenthood flagship health center in St. Paul.

FULL DISCLOSURE: Stephanie Fox was at the protest as a Planned Parenthood supporter. 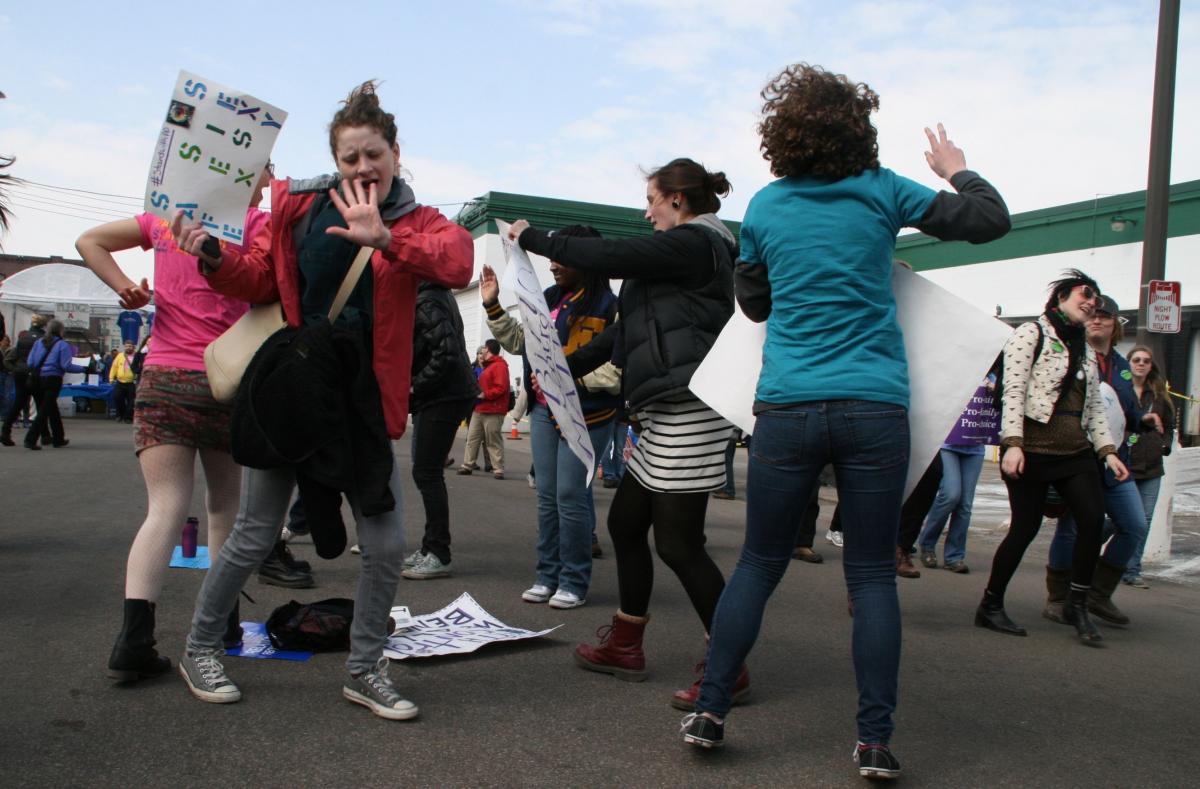 The mood on the supporter’s side was festive. Members of Planned Parenthood’s Teen Council danced in celebration and chanted “Whose choice is it? Mine! Whose body is it? Mine!” 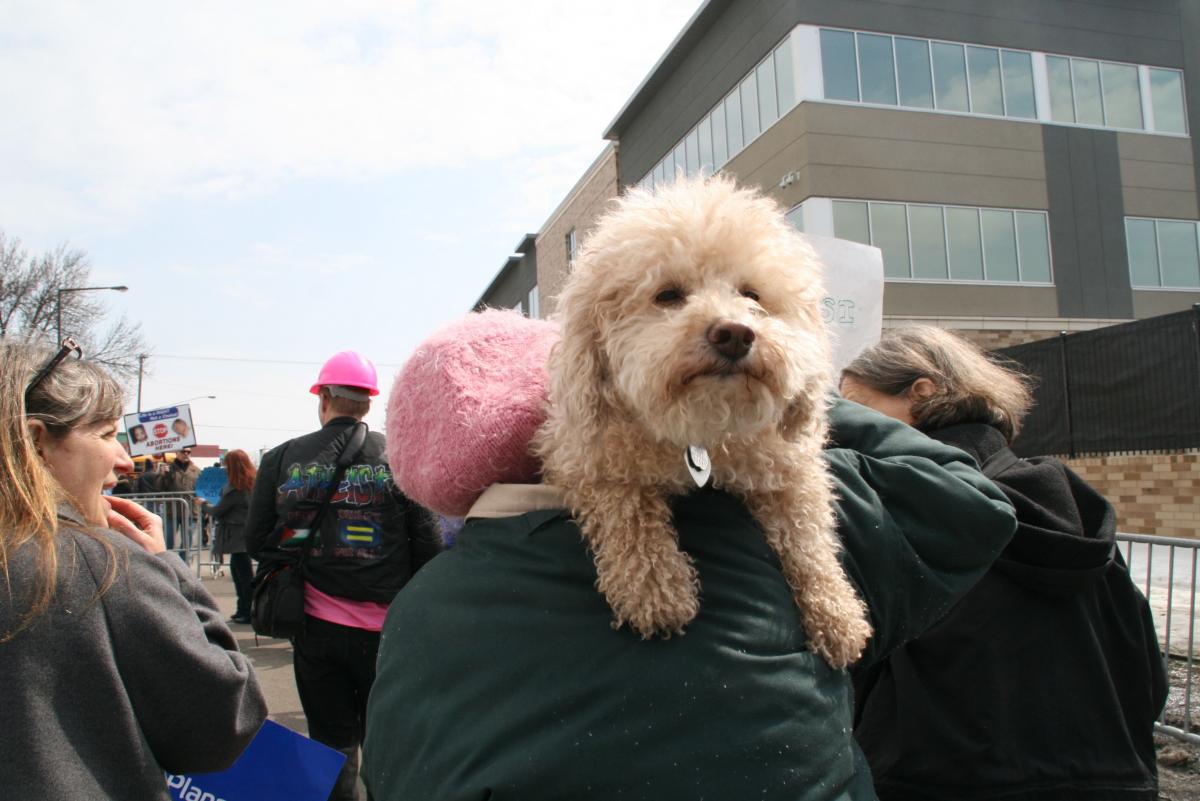 Dog were welcome. A poodle mix named Chloe was a rescue, forced into motherhood against her will, said her owner. “Of course she’s pro-choice,” she said. A dachshund golden mix named Mimi wore a ‘Protect Women’s Health’ sign as he marched with her owners. 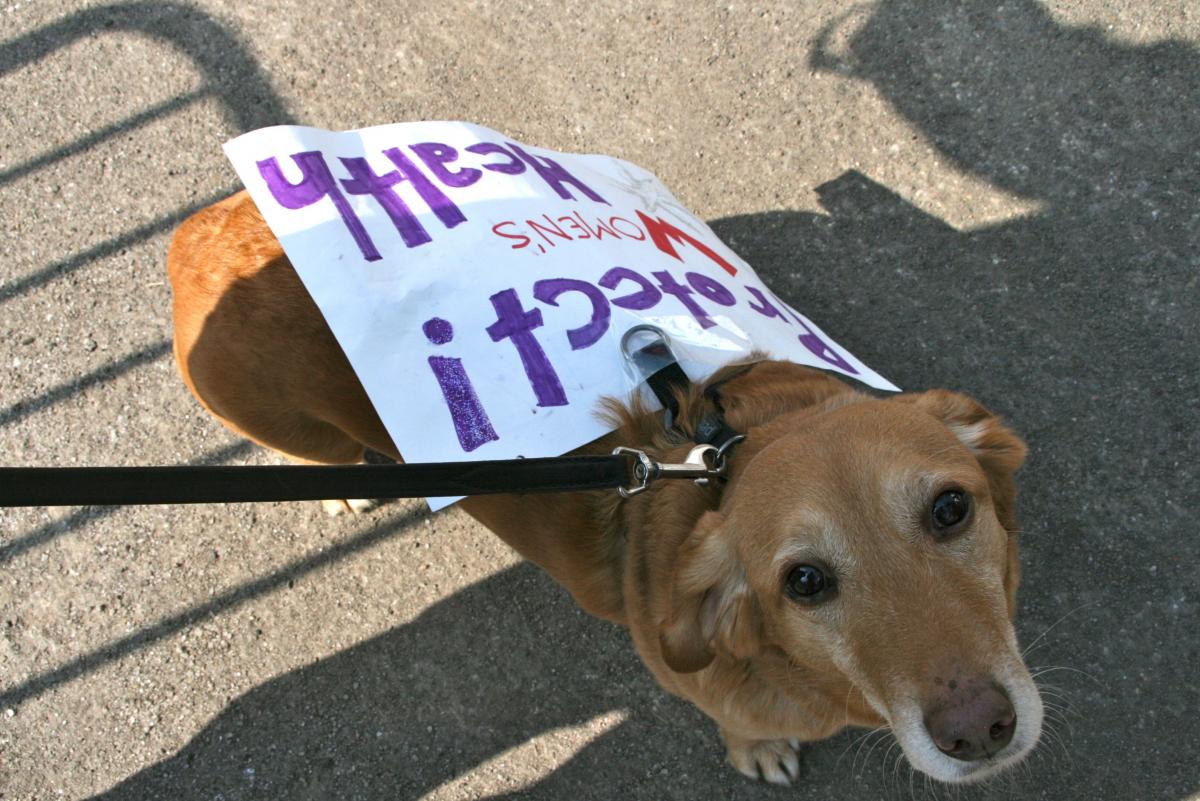 Three young woman, Dua, Tiana and Ayaan posed for photos at the Planned Parent Photo Booth, part of a fund raising effort. Through sales of t-shirts, a “Pledge a Protester” drive and donations, the organization raised more than $22,000. 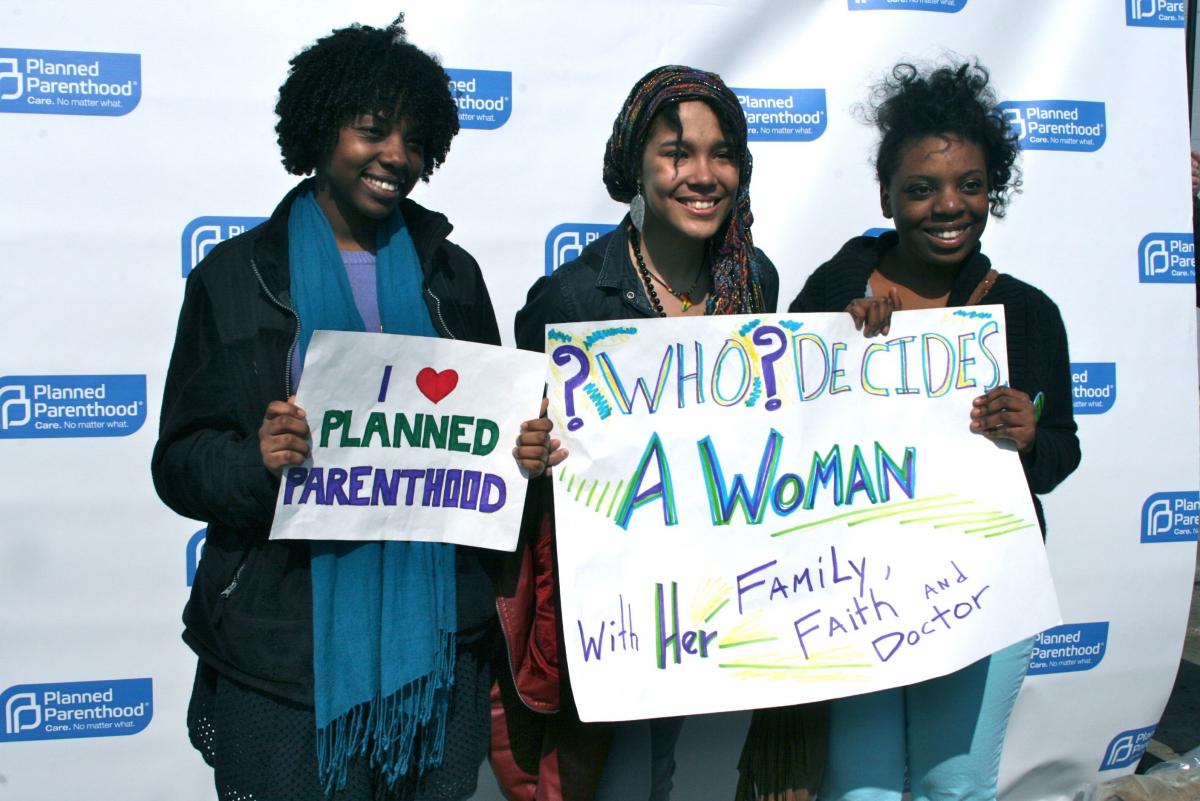 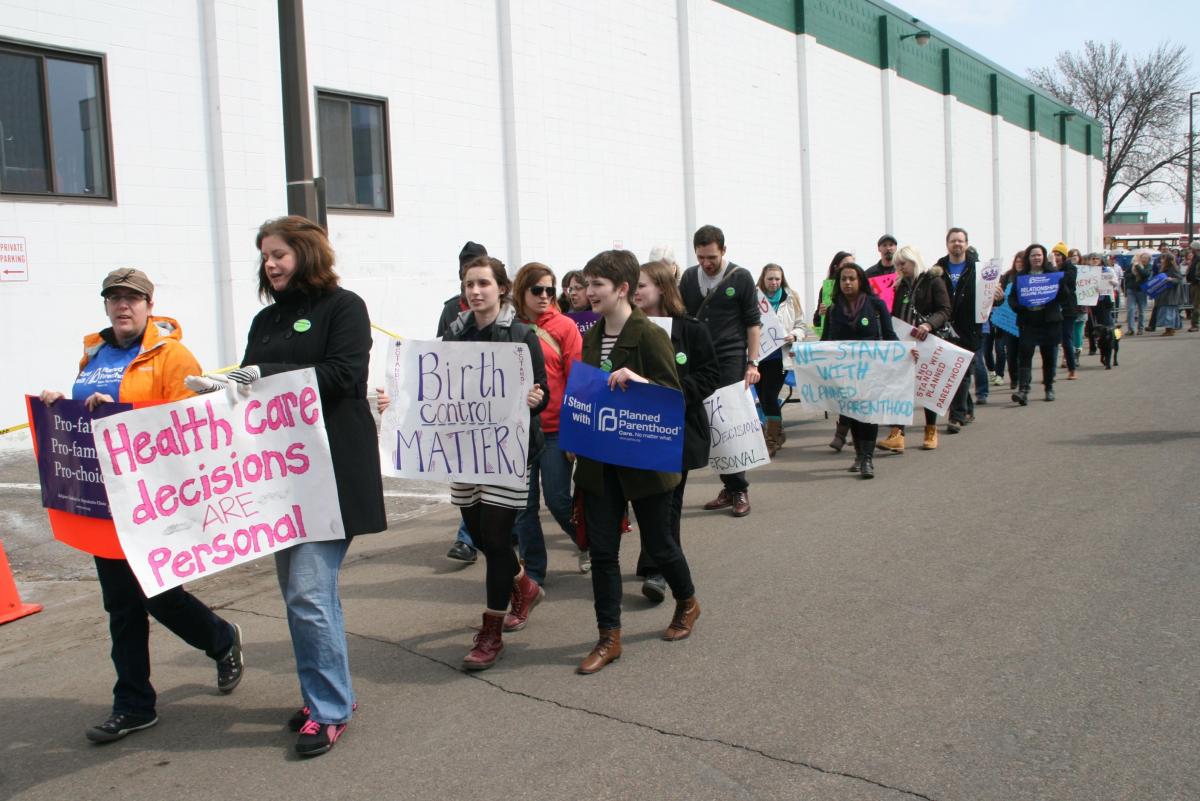 The city permit required supporters to keep moving. Some attendees stayed on their feet, marching for most of the 9:00 am 4:00pm event. 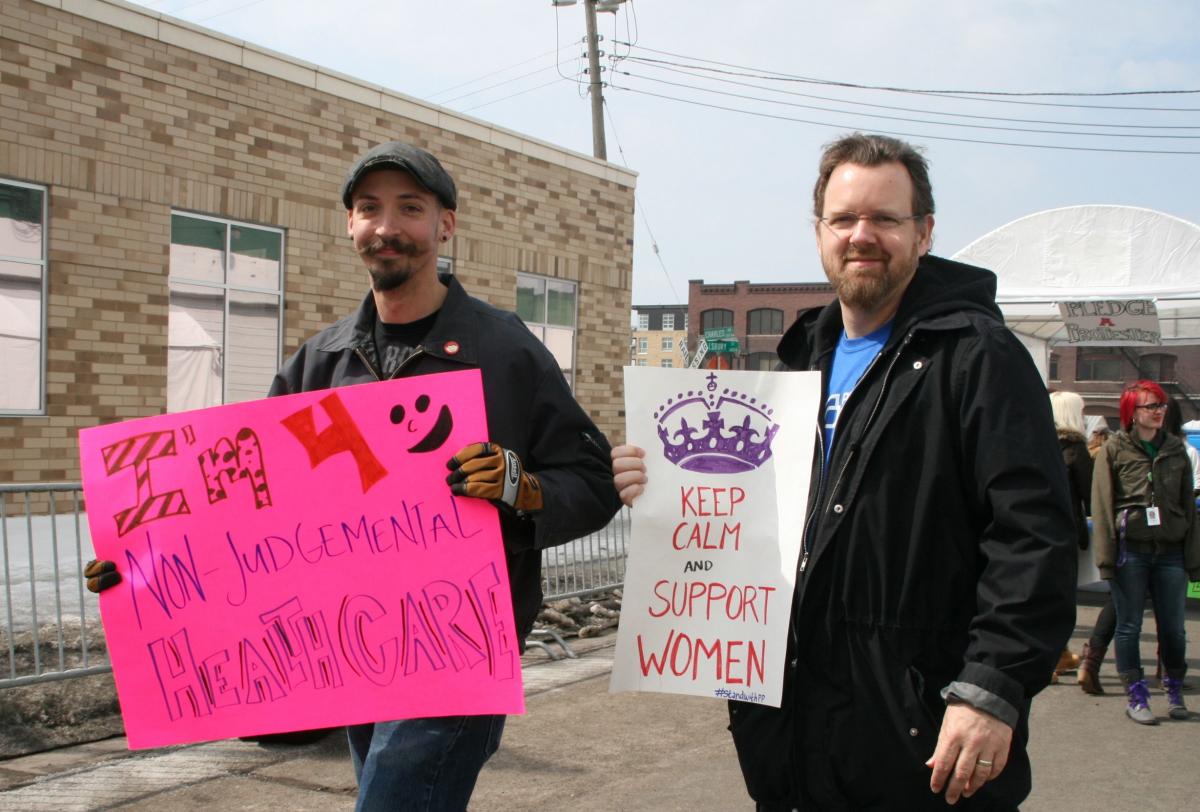 Marchers ranged in age, from 3-year old Calvin to grandparents. 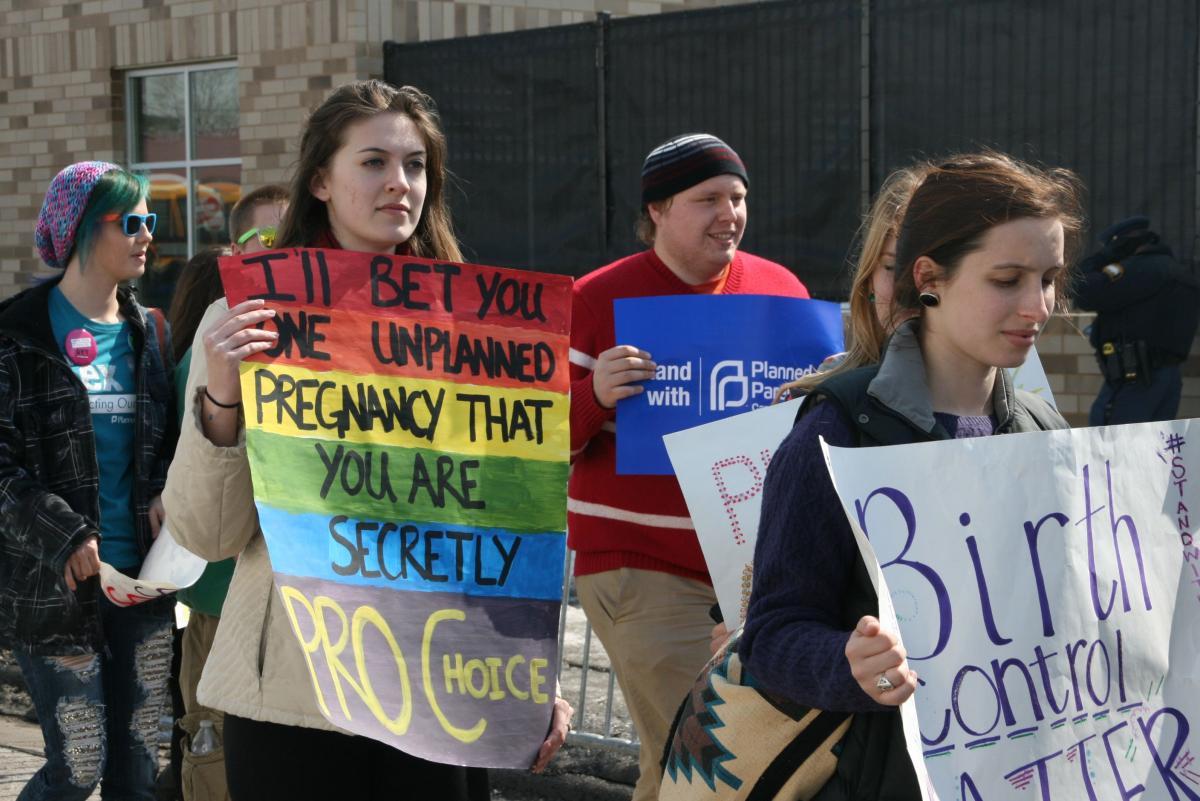 Celtic musicians from Herringbone Badger kept supporter’s spirits high throughout much of the day. 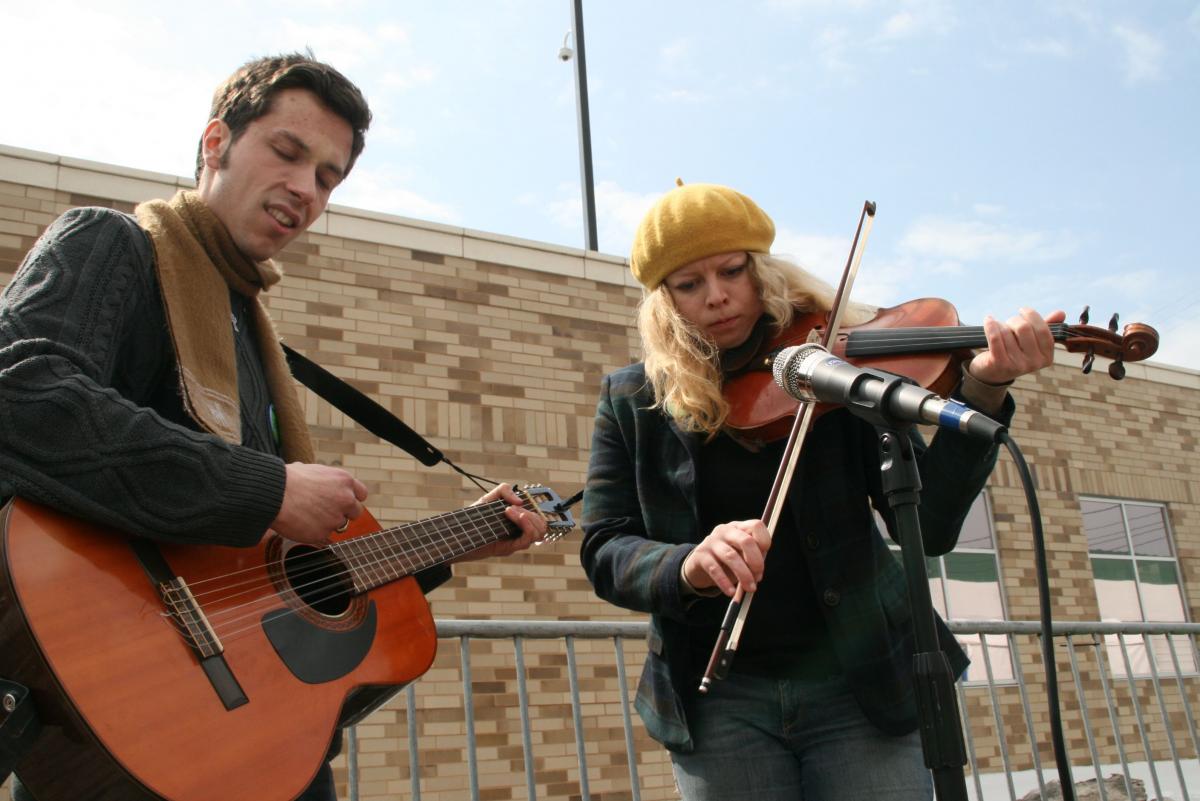 Across a police barrier at the anti-abortion protest, the mood was somber. Protesters took turns carrying large wooden ‘cross of abortion.’ “We carry this cross, focusing on the symbols of the lives destroyed,” one of the 15 ministers speaking there said to the crowd. 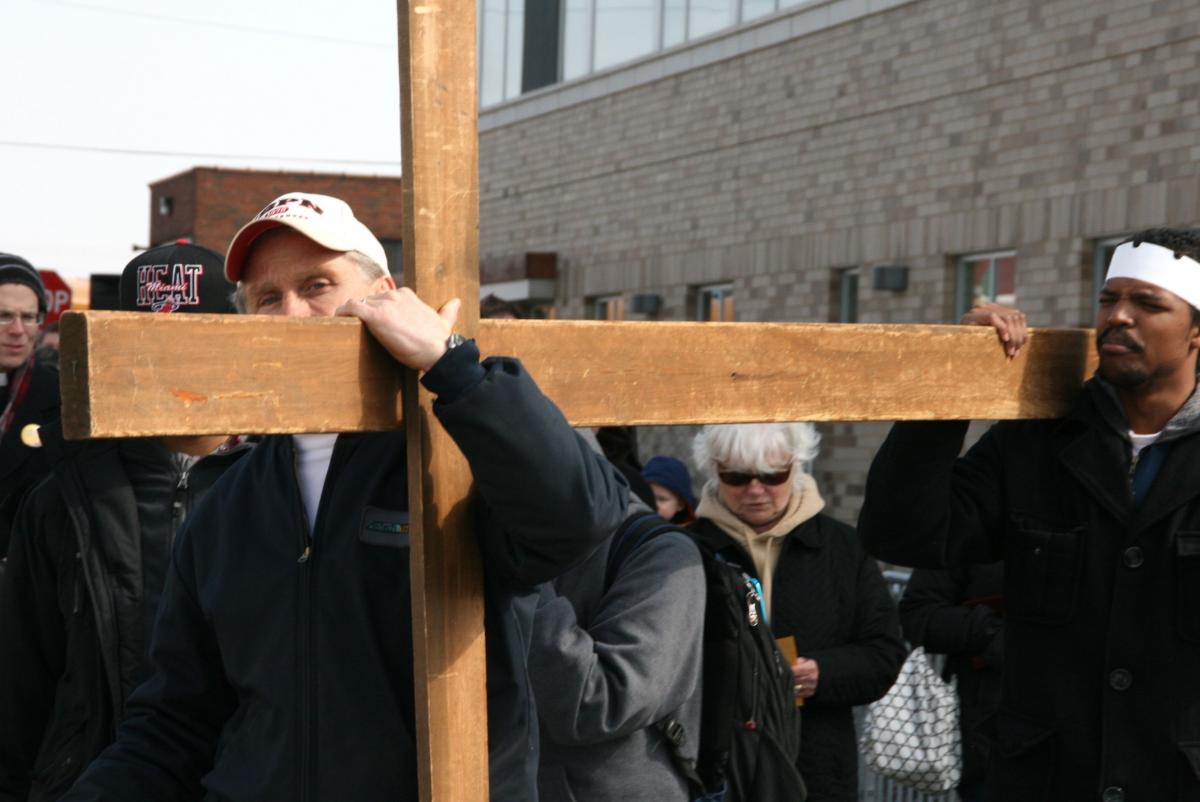 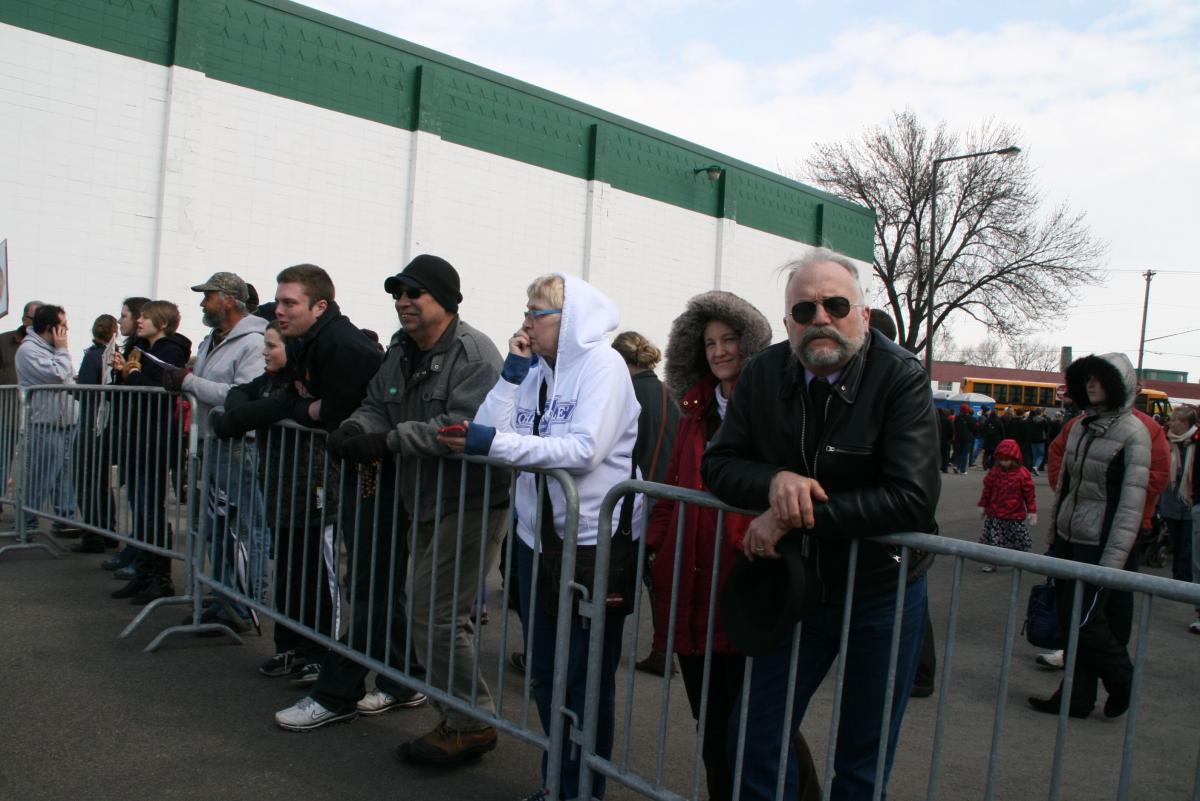 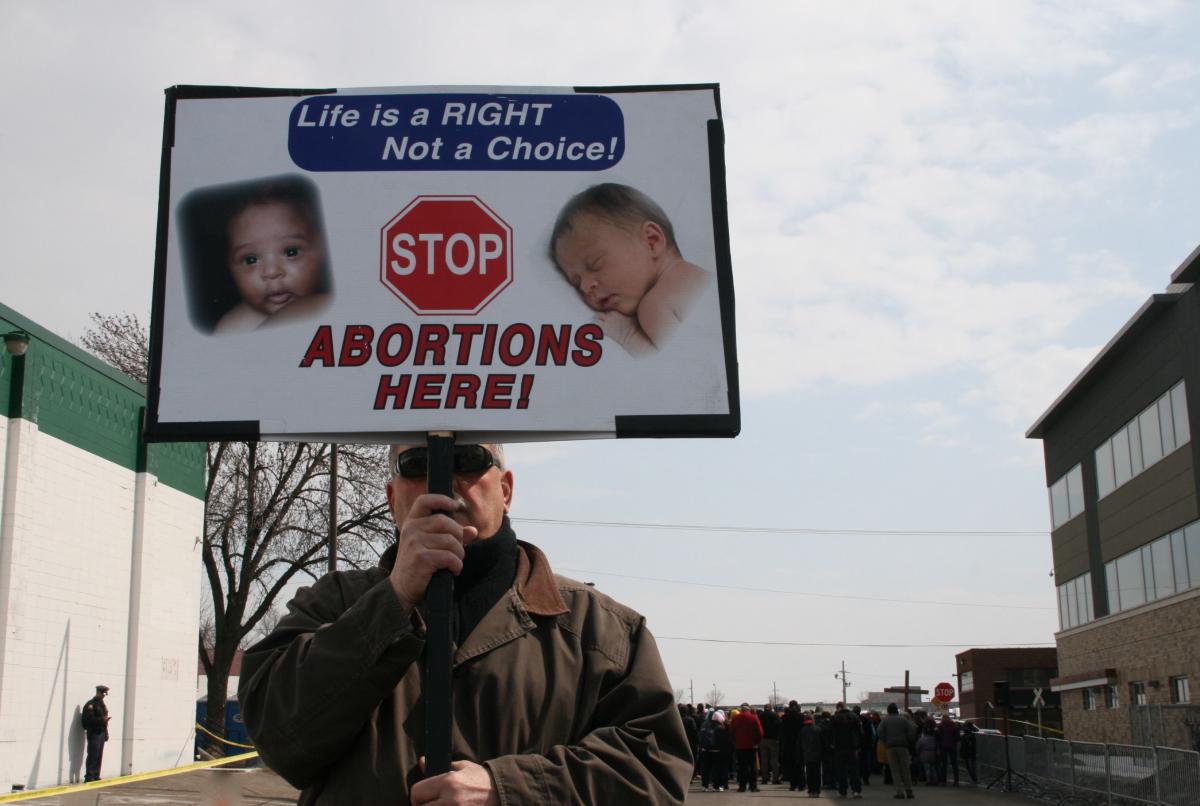 Between prayers, some protesters stood at the barrier, facing the Planned Parenthood supporters. Most were silent, some prayed the Rosary and a few tried to provoke supporters. “If it’s not a life, tell me what is. Have you ever seen a photo of an aborted baby? It’s gross,” said one. 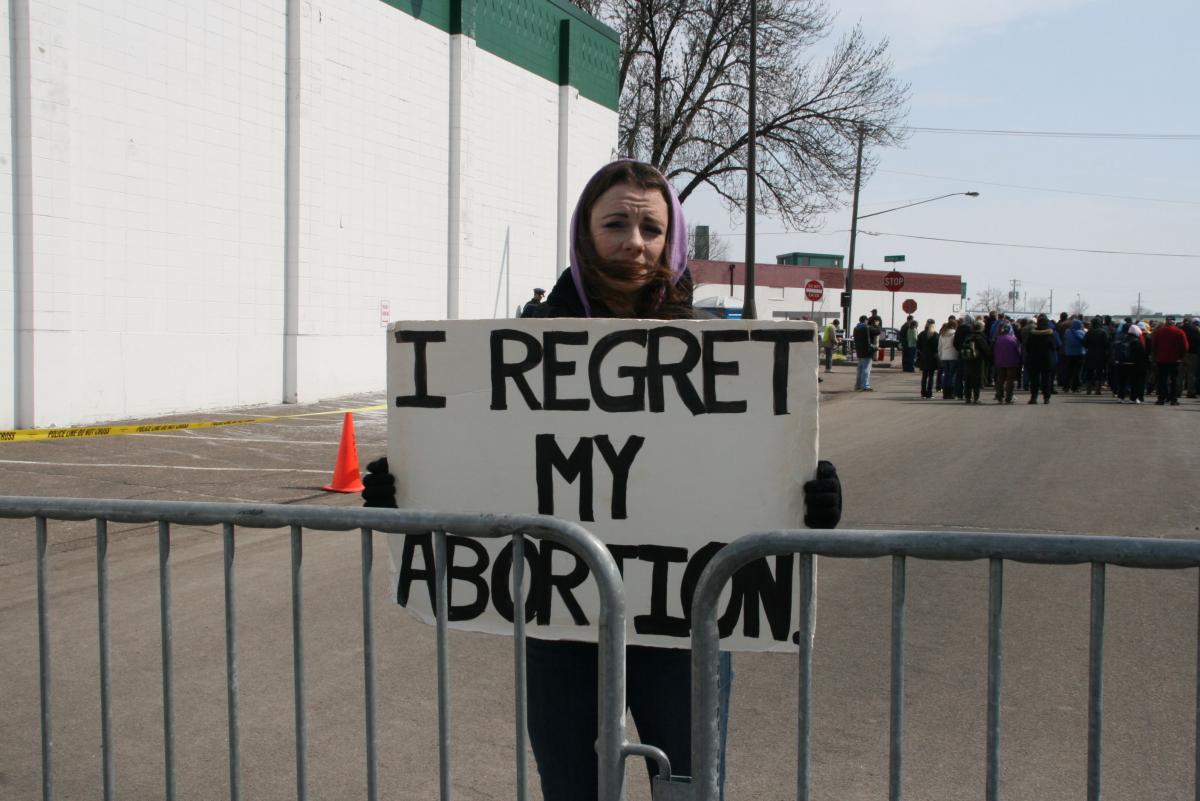 Ministers led the protesters in Good Friday prayers and scripture readings. One prayer sought to end “the horrid medical operations that leave women bleeding and dying.” 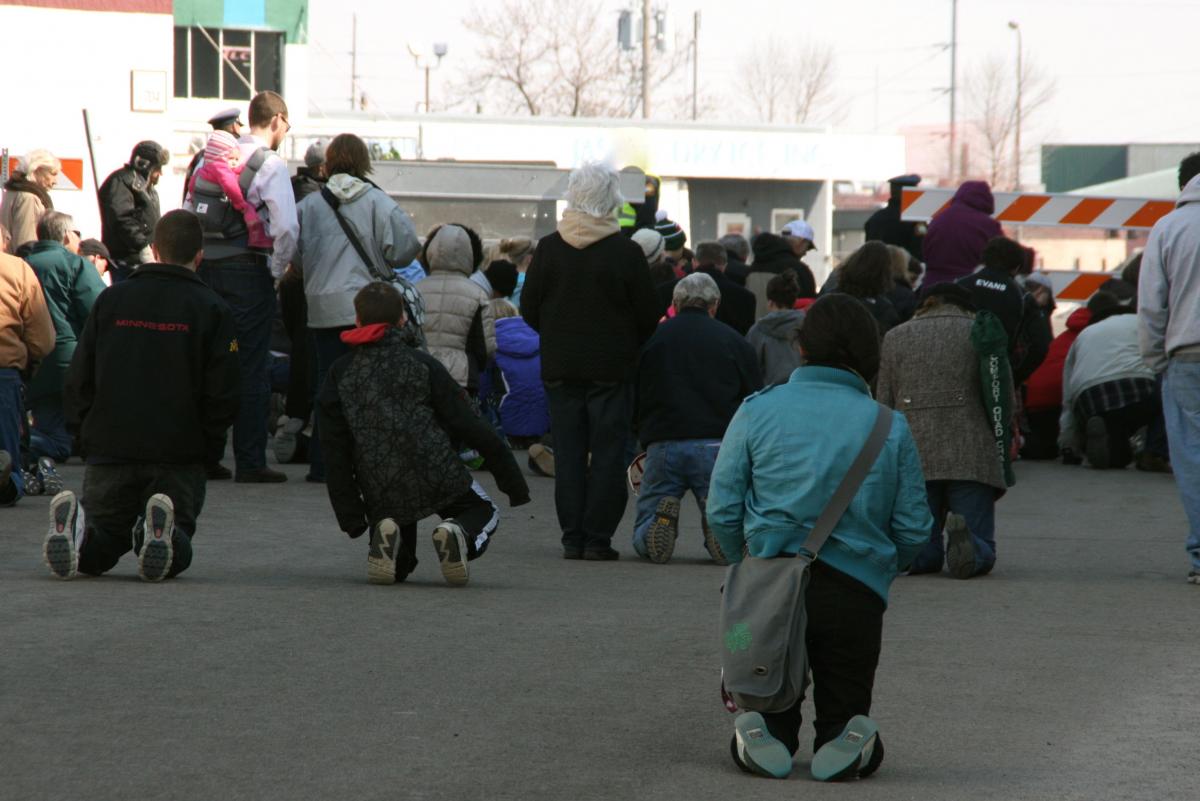 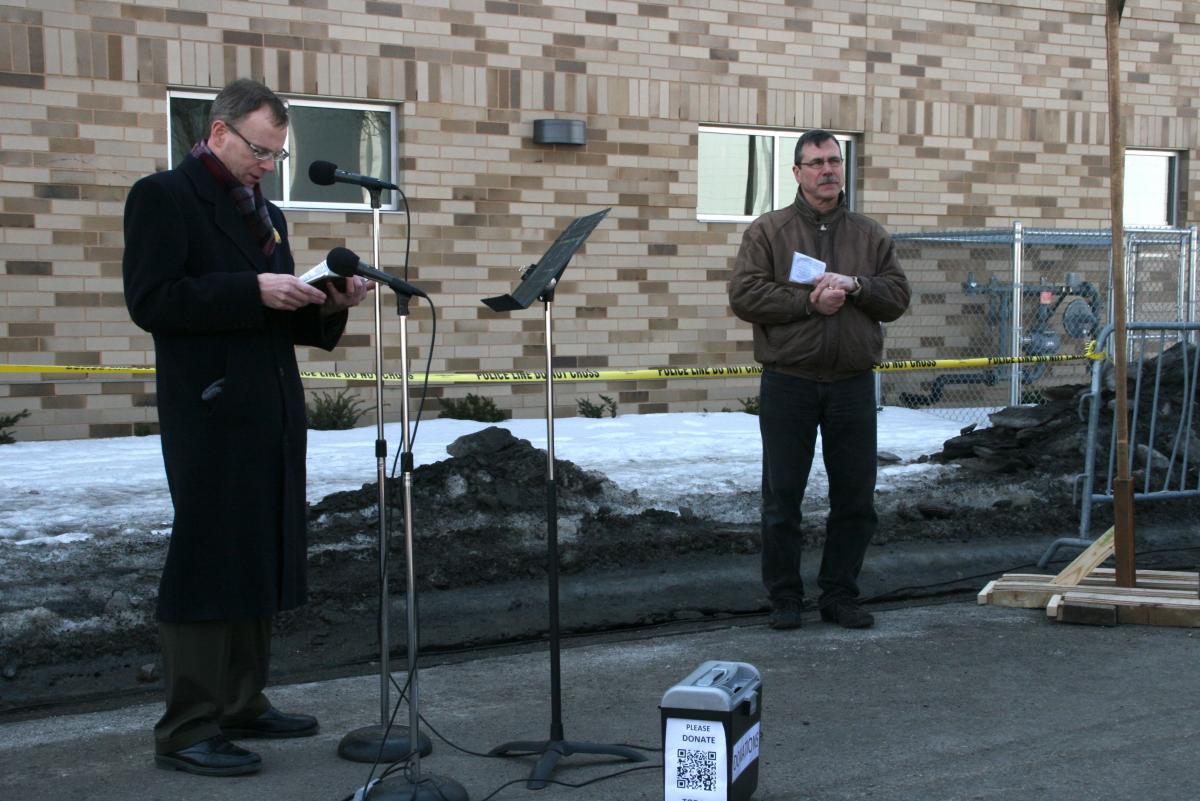 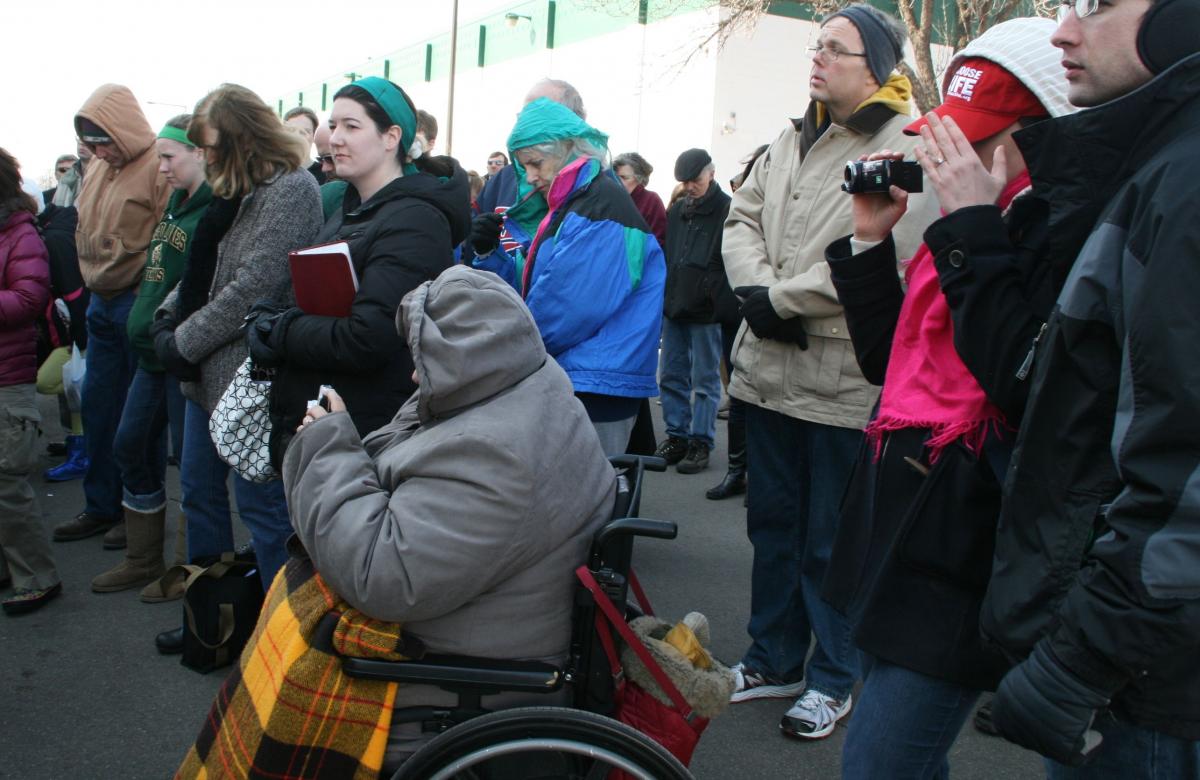 “You, me, the abortionists, the mothers and fathers – we are all sinners.” Protesters listened and prayed.

At the end of the day’s protests, protesters boarded school busses and supporters made their own way home. But, two friends, one a Planned Parenthood supporter and the other an anti-abortion protester, recognized each other across the police barrier. They greeted each other cheerfully. “Nice to see you! Let’s get together, soon.”