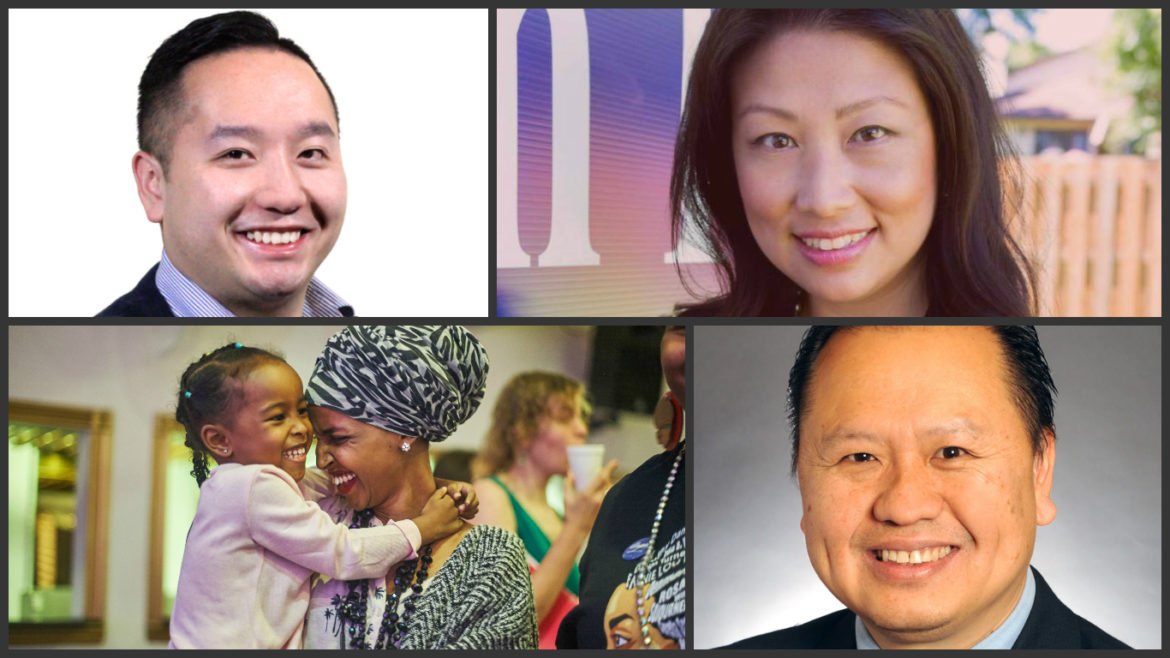 Like many people, I too am at a loss for words at the election of Donald Trump as president of the United States. I am angry, confused and overall reeling in a feeling of despair about the fate of this country. As a queer Hmong American refugee who is also an activist feminist cultural historian, I am terrified at what is coming next, as society now openly embraces an overtly white supremacist, sexist, xenophobic and homophobic president. In the end, whiteness triumphed above all else, as we now know that white people of both genders and class backgrounds voted overwhelmingly for Trump.

Minnesota actually voted for Hillary Clinton. We also elected Ilhan Omar, the first Somali American State Representative in the entire country. Hmong Americans also witnessed political gains, including the re-election of state Sen. Foung Hawj and the elections of newcomers Brooklyn Park Councilmember-Elect Susan Kaying Pha and state Representative-Elect Fue Lee. Across the country, the first Hmong American mayor will take office in Elk Grove, California. Even though both houses of Congress and the Minnesota Legislature are now majority Republican, maybe not everything is full of despair.

However, I want to caution us a bit and think about the context in which this election happened. Even though Minnesota “voted” for Clinton, only nine counties actually voted for Clinton, compared to the more than 70 counties that voted for Trump. This is further proof that Minnesota is not so nice. Moreover, graffiti that read “Whites Only” and “Make America Great Again” and other racial epithets were written in a Maple Grove High School bathroom. Asian American students at the University of Minnesota have faced outright racist demands for them to “go back to their country,” and the panel of the Muslim Student Association was defaced with the word “ISIS” spray-painted over it. Even some people of color themselves have openly agreed with Trump’s rhetoric of “build the wall.” It is misleading to think that Minnesota uniformly voted blue, when these incidents and daily realities speak otherwise.

I have come to realize that while we need to celebrate the gains of newly elected officials of color, we need to be wary about their potential for change. Not all officials of color are progressive, and I have learned that first-hand. Some politicians are out there for their own personal career enhancement and actively work to dismantle social movements at worst, or are complacent to injustice at best. At a time when we seriously need city councilors, state senators and representatives to speak out about racism, sexism, homophobia and xenophobia the most, I am cautious that most will stay silent.

What this means for us is that voting based on identity politics alone is not enough, as we have seen with the identity-based voting of Trump and the failure of the supposed identity-based potential that a “woman president” could have had for us. I now refuse to vote or campaign for candidates based on race or gender alone, or based any other singular identity or issue. I want to believe and support a politics of transformative and radical social justice. What we need now are role models who are courageous, who will stand up against all forms of hate and who will make us believe in the American elective system again.

This all comes to light when I door knock or phone bank and talk with Hmong residents in the Twin Cities. Many do not know their councilmembers, nor do they know how to bring forth their concerns to elected officials. In many instances, they openly feel that their concerns are unimportant. I talk with Hmong elders and youth alike in St. Paul and Minneapolis, and they are disenfranchised by politics, even feeling neglected by the Hmong politicians themselves. My goal is not to afflict Hmong politicians by inscribing onto them the ethnic burden of representing all Hmong who are not their constituents, but to show that ethnic identity is not the finite answer for a liberatory politics even within their constituency.

I will keep teaching, researching and writing in order to make changes in my community. Other activists and passionate community members will do their part, through organizing, civic engagement work, protests, or creative artmaking and performances. Trump’s U.S. is not so different from that of the George W. Bush era, and will only strengthen my commitments for social justice. Legal and formal government was never the site for people of color, immigrants, refugees, or queers to achieve liberation. Furthermore, I see the presidential election, local elections and the increase in racial, gendered, classed and sexual violence as all intertwined. Thus, it is my hope that we can see politics differently, either as formal policy work, or other forms of engagement with our passions to push us towards a different political future.

As I move on from this devastating presidential election, I will also remember that we have made gains, especially here in Minnesota. This is why I love living here, working among activists and scholars to make the world a better place through teaching and community work. However, I think this election should make clear to us how to view politics in a new light, away from identity politics or singular issues. This election cycle and the state of politics in our country today should force us to engage creatively in bringing change to our local communities in ways that we have not thought about before. I believe this can be done, especially here in Minnesota.