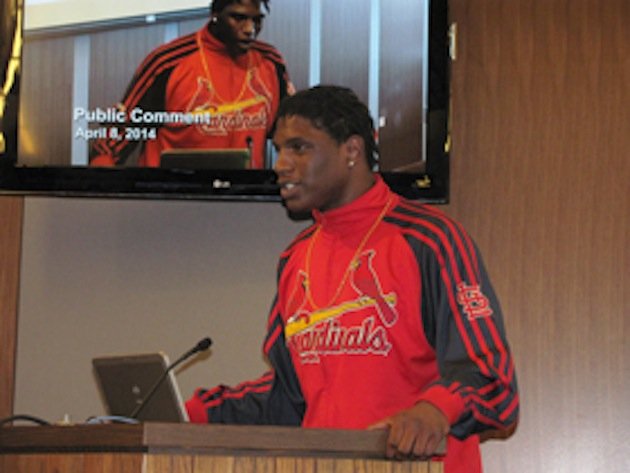 Urban League Academy graduate Albert Bratton tells the Minneapolis Public Schools board that he might have dropped out of school if not for the academy.

Despite the pleas of several current and former students of the Urban League Academy – a Minneapolis contract alternative school – a divided school board voted to give the school a one-year provisional contract, placing the school’s future in jeopardy.

Alongside the students were teachers, faculty, Minneapolis Urban League board members and other concerned citizens who urged the Minneapolis Public Schools (MPS) board to extend the school’s contract to three years, which the board did for other contact schools. But at the behest of the district’s superintendent, Dr. Bernadeia Johnson, the board ignored the pleas and voted 5 – 4 to only offer the one-year provisional contract as opposed to a proposed two-year compromise suggested by MPS board director, Mohamud Noor. And while the board members and faculty of the Urban League said they welcome the opportunity to meet – and exceed – measured student goals, they reject the notion that one year is enough time to judge the academy’s progress, especially considering the district has yet to fully define its measurable standards.

Board member Tracine Asberry agreed with the assessment of the school’s supporters.

“I do not see one year as a real and reasonable time to turn around a school where in some cases the students are four years behind (when they enter the school),” said Asberry. 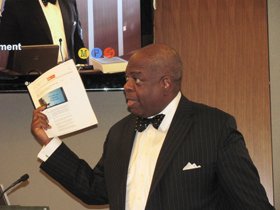 MPS board member Carla Bates backed up Asberry’s statement and admitted the supposed measurable standards the district is calling for are muddy at best.

“I don’t think we’re articulating what we’re expecting from the people we’re contracting with and that’s problematic,” said Bates, who also acknowledged the students who come to the Urban League Academy are already disadvantaged. “If we err, I want to err on the side of doing a bit more than doing a bit less.”

Bates, along with board members Noor, Asberry and Kim Ellison voted to extend the League’s contact to two years.

“Thirty years ago (the Minneapolis Urban League) said we can do it (educate students) better than you can, and that’s not the case,” said Johnson, who in her next breath admitted the district was at a loss as to how to educate children of color. “If I could have done it better, I wouldn’t have gone to you in the first place.”

MUL president and CEO Scott Gray said the League never viewed its relationship with MPS as us versus them, but as a partnership – though mostly one-sided. The district’s superintendent rejected any notion of partnering with the Urban League, or any contract alternative school for that matter. 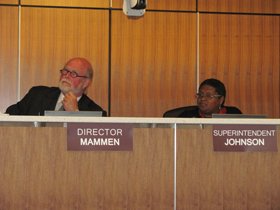 Right: Minneapolis Public Schools board chair, Richard Mammen and Superintendent Bernadeia. Johnson listen to members of the Minneapolis Urban League and students of the Urban League Academy express desire for a multi-year contract with the district.

“When I take my car to a mechanic, I don’t expect the mechanic to ask me to help fix the problem,” said Johnson, comparing the district’s struggling students of color to a broken automobile. “If I could fix it, I’d do it myself.”

Of the nearly 100 students of the Urban League Academy, 100 percent come credit deficient – many severely behind, all live in households where they are eligible for free or reduced lunch, on average, the academy is their fourth high school, and many are not even eligible to return to other schools in the district due to expulsion or suspensions. The Urban League Academy has an open-door policy where it does not deny a student admission for past behavioral reprimands.

Ninety-eight percent of the students of the Urban League Academy are students of color – an overwhelming majority African-American.

Asberry said Johnson’s critique of the Urban League Academy is quite stunning considering the district’s performance rate of educating students of color.

“It’s very disturbing that the criticism is so clear when given for the outside, but not from within, when we are not serving our Black students,” said Asberry.

Johnson and her supporting board members insisted that the Urban League Academy could meet its goals based on the turnaround of contract alternative school, Friendship Academy of the Arts. But Bates pointed out a major reason that the Friendship comparison doesn’t hold water.

“The analogy to Friendship isn’t appropriate because of the age of the kids,” said Bates.