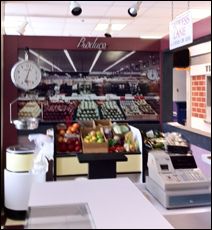 Say a hospital patient needs an x-ray, typically a procedure that is widely understood in American culture. No problem.

But what if that patient is Russian, once lived near Chernobyl in the Ukraine, site of a terrible nuclear accident in the 1980s, and is terrified at the thought of radiation, plus that person not only does not speak English, but does not speak because he is deaf?

That “what-if” is a real life example of the challenges facing Minnesota hospitals these days as staffs encounter increasing numbers of immigrants, including deaf immigrants, thought to be about 10 percent of both general and immigrant populations. The story helps explain why Hennepin County Medical Center is expanding its services by opening the Deaf Immigrant Center for Education this week.

Having a language barrier as well as hearing loss multiplies the challenges of explaining health information, says Nathan Ellis, coordinator of Deaf and Hard of Hearing Services at HCMC.

The hospital marks the official opening of the center and a place called “Easy Street” with an open house today from 11 a.m. to 2 p.m.

Easy Street is an interactive area, a mini teaching village, you could say. It’s about 1,000 square feet of space boasting the stuff of everyday American life on a small scale: a couple of bus seats, a corner grocery with produce bins, a theater ticket booth, a restaurant table, a mailbox and pedestrian crossing lights.

Why should it function in a medical setting? Hint: if you don’t know how to ride a public bus you may not be able to get to a doctor’s appointment. More rationale ahead.

Funded by the Hennepin Health Foundation, the center is open not only to HCMC patients, but also to local programs for deaf students and persons enrolled in the Adult Bilingual Education program in St. Paul. As part of the project a public video phone has been installed in HCMC’s emergency department and on order are two iPads to use as visual aids to explain medical diagnosis and procedure.

Many barriers
Still, there are other barriers between the hearing and the deaf. There are, of course, different versions of sign language, depending on a person’s country of origin, as well as people who lack language acquisition.

Keep in mind, says Nancy Meyers, program and development consultant to the project, that some of these people were deaf before they acquired a language and the only sign language they know is their own home-grown vocabulary, a series of gestures only family members understand.

In some cultures, the deaf are kept at home, mostly hidden away from the larger society. Imagine, then, these people leaving their insular worlds and coming to the United States.

“Deaf immigrants,” explains Anita Buel,  a Deaf Community Health Worker, “arrive with NO LANGUAGE. If they are 5 or 25, they have missed out on any language input. This means they are missing concepts, not simply a language…. Without language, communication is through mime, gestures and pictures. But if concepts are missing, you can’t just start talking about cancer if they don’t understand the concept of illness or disease.

“A conversation with a hearing immigrant and an interpreter may take an hour or more. A ‘conversation’ with a deaf immigrant can take three or four times as long,” Buel said.

In fact, my reaching Buel, who is deaf, took about a day after I’d finally located an email address for her and written her with questions. Some deaf persons also communicate by text over their smartphones.

But, Buel, who is among Deaf Community Health Workers who will help staff Easy Street, and I communicated in a round-about way. She called Meyers, using iChat, then signed answers to the questions I’d emailed her. Meyers transcribed Buel’s answers, emailing them to me.

On Easy Street, the deaf can practice skills like shopping and getting in and out of cars and buses and learning to cross streets safely, for instance.

A physician can tell a patient, Ellis says, change your diet; eat more broccoli and apples. But a deaf person with no verbal or sign language won’t understand, unless he or she sees the object being talked about, as with fruits and vegetables in the Easy Street grocery.

Number of immigrants on the rise
As the numbers of immigrants relocating to Minnesota continues to rise  –  reaching 11.9 percent of people who are foreign born in Hennepin County, and 11.7 percent in Ramsey County, according to the government’s official American Community Survey estimates released last month  –  so does the need for interpreters and other services.

Statewide, the need for hospital interpreters is growing, a service mandated by the federal government under Title VI of the Civil Rights Act of 1964. Representatives from Twin Cities area hospitals meet monthly to discuss challenges.  As of Jan. 1, 2011, health care interpreters are required to register with the state, a step toward standardizing training requirements.

“Interpreters in my view are a basic necessity for hospitals to be able to provide safe, equitable care to our patients who are non-English speaking or those not able to hear,” asserts Annie Listiak, manager of interpreter services at HCMC, which boasts a language interpreter staff of 70 people speaking 22 languages, including American Sign Language.  Among those are 60 to 80 deaf patients receiving service monthly.

Last year, 10 percent of the hospital’s 25,000 admissions had a preferred language other than English and required language assistance. Of those, 49 different languages were spoken, including Nepali and Karen.

Costs for interpreters can range from $20 to $70 per hour, depending on the language required and whether the translations are done in person or via telephone, for instance, Van Dyke says, but it’s the cost of doing business.

“It is an investment very much worth making,” says Van Dyke. “There is quite a bit of research that shows [the value of] of having an interpreter available. Removing the barrier between the provider and the patient reduces length of stay, and improves care in a number of ways,” she said, including reducing the number of emergency room visits.

Miscommunication, on the other hand, has resulted in tragedy. For instance, a legal case arising at a Florida hospital years ago involved a physician who spoke some Spanish, assuming the phrase “intoxicado” meant intoxicated rather than “feeling sick to the stomach,” Van Dyke says. A misdiagnosis led to a $71 million malpractice settlement involving a preventable case of quadriplegia.

There is a moral obligation as well to provide language assistance. “Ignoring this population is unethical. It is a matter of social justice for those of us who understand and know their issues,” says Meyers.