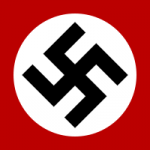 The National Socialist Movement, a homophobic and anti-semitic white supremacist group, is threatening to protest a workshop at the Minneapolis YWCA about white privilege and white supremacy. It will be the first public NSM event here since a 2007 book-burning, and several groups of Twin Citians say they plan to make that visit an unwelcome one.

The neo-Nazi group, which up until late 2007 was headquartered in Minneapolis, announced it will protest the “More Than Skin Deep: Uprooting White Privilege and White Supremacy one cell at a time” workshop being held Saturday at the Midtown YWCA. The event “is for white people who already have an understanding of white privilege and white supremacy (WP/WS) and want to learn more about how to dismantle WP/WS through embodiment work, education, visioning and practical action.” Attendees will learn to “use critical race content and embodiment exploration to uproot ideologies of white supremacy and systems of white privilege in our lives.”

And workshop attendees will likely get a first-hand look at white supremacy if members of the NSM show up.

A number of counter-protests are planned for Saturday. “The NSM has been holding racist anti-immigrant rallies in southern Minnesota, and now they are seeking to establish a presence inside the City of Minneapolis,” reads a flier posted at the May Day Cafe in south Minneapolis. “They plan to bring their racist, homophobic, anti-immigrant, antisemitic message of division and hate right into the heart of the city. They must not go unopposed!”

On Wednesday, more than 100 Minneapolis residents attended an emergency meeting to develop strategies for the counter protest.

“We need to defend the vibrant, multi-ethnic diversity we have here in Minneapolis,” Dan Gannon, an anti-racist community organizer, said in a press release Friday. “Our city must remain a ‘no-go’ zone where white supremacists cannot organize or build a movement with their hate speech and violence.”

A Minneapolis resident who attended the meeting, Angelina Vazquez, said, “We’re not going to let this happen in our city. This is an attack on our multiracial, multicultural community. We refuse to be put under siege by violent right-wingers.”

Workshop organizers say they haven’t organized a counter-protest, but they’re happy the community is coming together to oppose the NSM.

Heather Hackman and Susan Raffo are organizing the YWCA workshop. “Susan and I are grateful that people are stepping up against these protesters,” said Hackman. “We are also very grateful for the support of the Y.”

Hackman says the organizers will address the crowd at 10 am.

The Saturday protest will be followed by an NSM-organized rally “against illegal aliens and communism” at the Veteran’s Memorial in Austin, Minn., on Oct. 17, according to the group’s Web site.