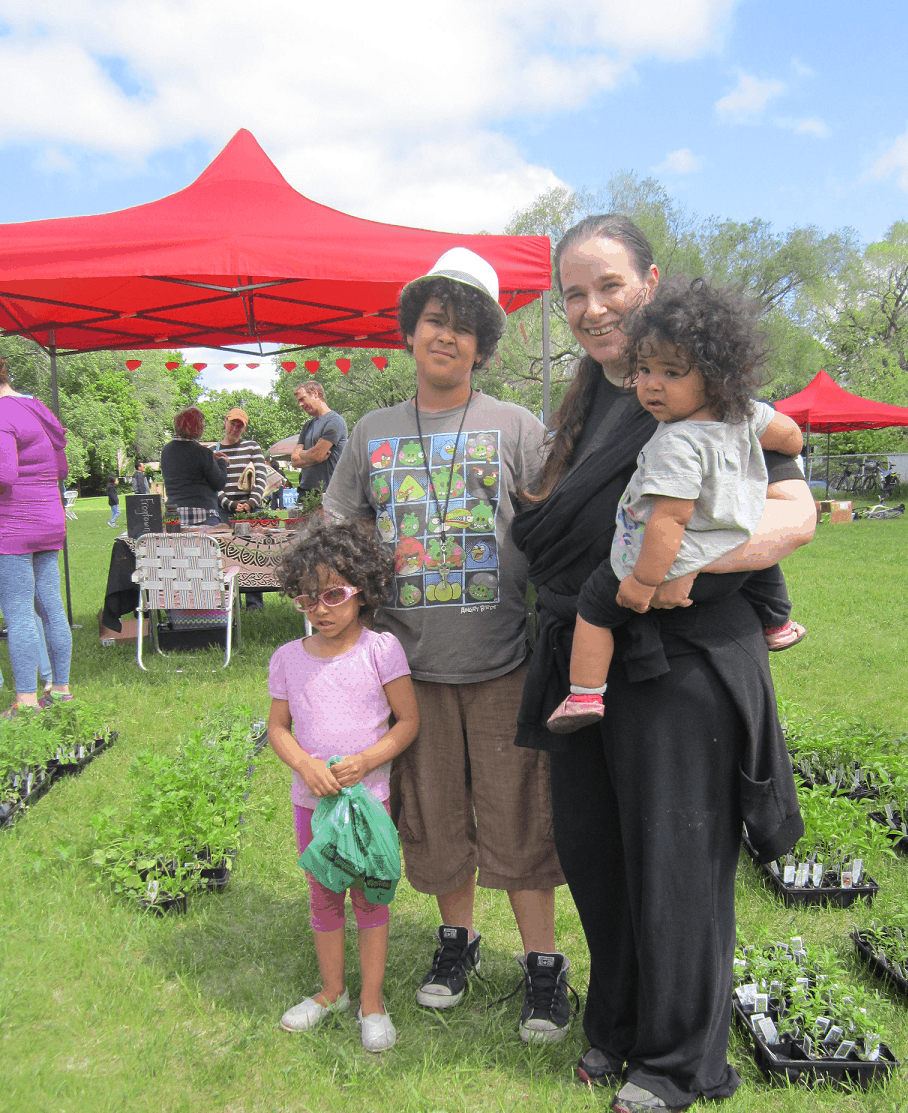 Frogtown Farm started out as a dream – a very big dream that some believed could never come to fruition. But longtime residents of the area formally known as the Thomas-Dale neighborhood or Planning District 7 (located within the boundaries of Lexington Avenue on the west, Burlington Northern Railroad on the north, Highway 35E on the east, and University Avenue on the south) were determined to turn a 12.7 acre parcel of land into part of the burgeoning urban agriculture movement. Community members worked tirelessly with The Trust for Public Land, the City of Saint Paul and the Wilder Foundation to turn their vision into reality – and on Saturday, May 30, neighbors gathered under a sunny sky to celebrate at the Backyard Farm Fair on the SE side of Frogtown Park and Farm, off of Victoria and Lafond Avenues.

A smiling Katie Novotny of the Hamline-Midway neighborhood said, “This is new to me – I found out about it on Facebook!”

As volunteers welcomed community members, organizers shared plans for the park and farm. “I love the idea of this farm,” said Frogtown resident and volunteer Filson Ibraham, who stood behind an information table, signing up her neighbors. “It’s good that we’re using this space to grow food, and that we’re learning how to garden and use the land for our community.”

On the site where cover crops will be planted this year to build the soil for the crops to be planted on five acres next year, neighbors enjoyed music, learned about beekeeping, backyard chickens, growing edible mushrooms and naturally-occurring edible weeds. Free refreshments were bountiful (including pizza from the brand-new Frogtown Farm portable pizza oven) and there were free garden plants to take home. “I’m glad to see people getting together around food, and seeing this oven make its debut!” said Barry Madore as he used a shovel-like tool called a peel to slide a pizza into the oven.

Kids rolled down the hill that a neighbor confided is the “best sledding hill in Saint Paul.” Keyara Clardy, a teen activist from the Frogtown Crew, shared the Crew’s vision of combining biking with social justice. The Frogtown Tree Frogs group distributed order forms for free fruit trees (they help neighbors plant them, too), and Friendly Streets Initiative discussed community organizing around public spaces. Renters and homeowners speculated about what the Farm might be growing this time next year. Students from the University of Minnesota’s Department of Soil, Water and Climate used a mobile lab to test the soil neighbors brought from their home gardens while staff from Eureka Recycling talked composting, and a line formed to hold and pet 8-year-old Goldilocks, who still produces an egg most days. In short, spirits were high and the community building was visible.

Frogtown Farm’s mission is to “be a hub for a healthy food system that fills gaps in food production, storage, manufacturing, and distribution. With spokes that reach beyond its acreage and the Frogtown neighborhood, Frogtown Farm will be recognized as a destination for those seeking learning, innovation, reflection, celebration, and authentic community. Rooted in values of social equity, justice, and inter-connectedness, this urban farm on the hill will serve as a model for multi-cultural community and a catalyst for economic development, wealth creation, community pride, and sustainability.”
Waiting in the fast-moving food line, teen Keyara Clardy looked around, taking in the happy crowd and thinking about the future of the farm. “I love it,” she said. “This is very good for our neighborhood. It’s really positive.” 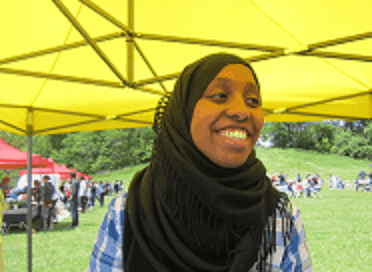 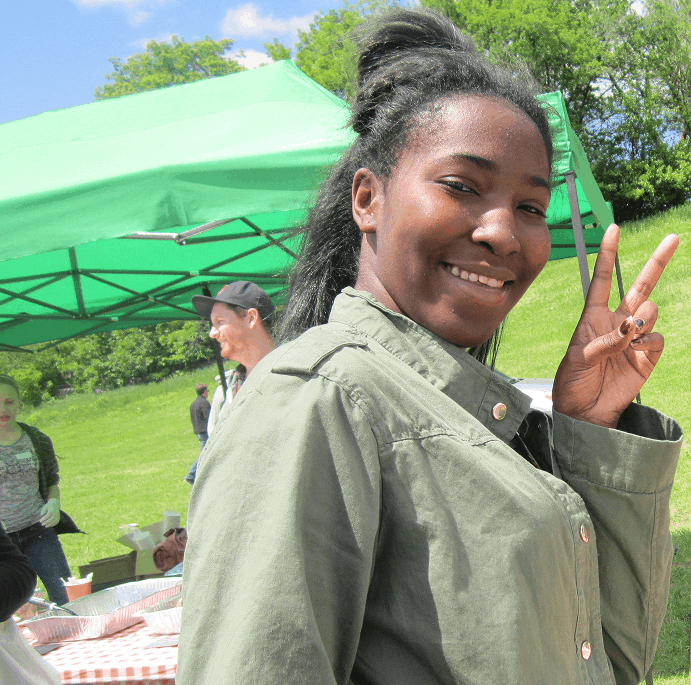 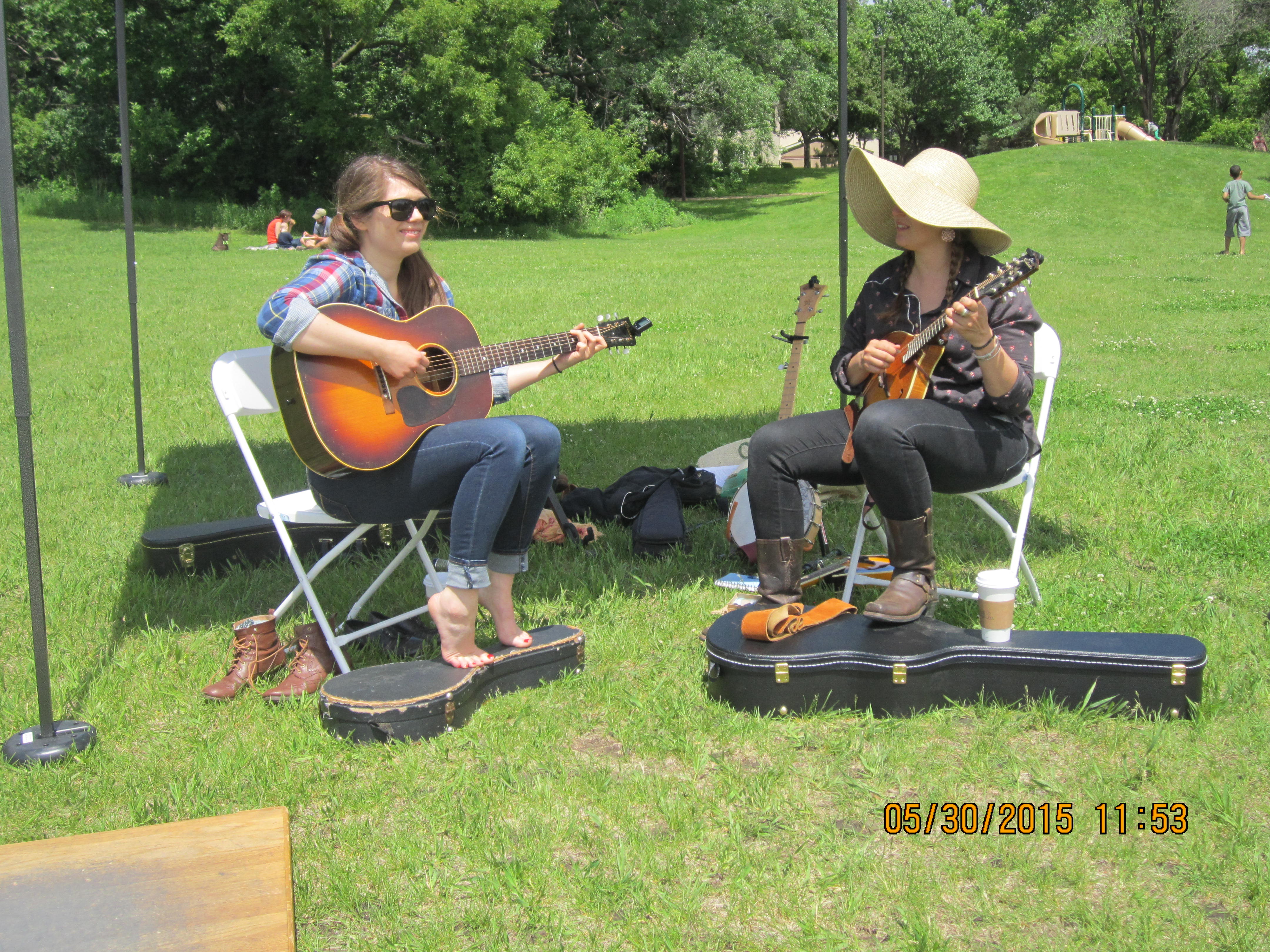 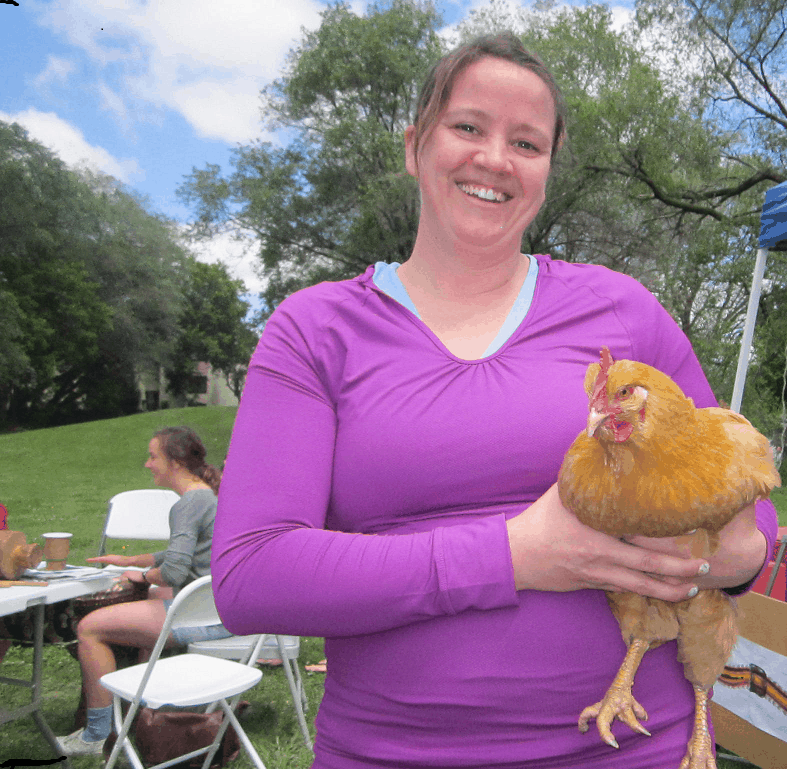 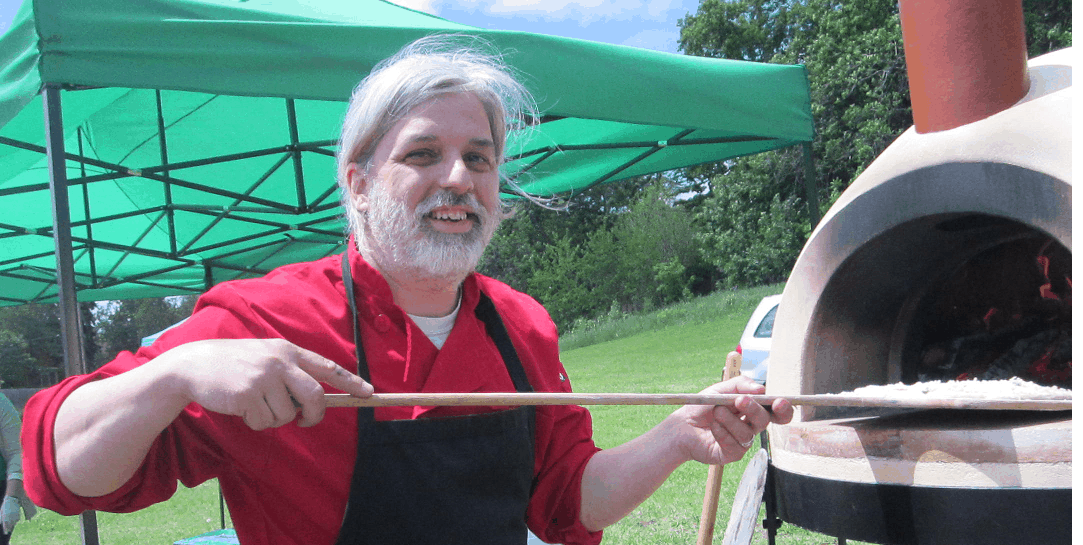