It is said nothing is as irresistible as an idea whose time has come. The Fifth Annual 2013 Community Empowerment through Black Men Healing Conference quite evidently fills that bill.

In 2009, the conference introduced the concept of Black clients in clinical environs and those caught up in the courts being helped — instead of merely processed — to change behaviors that keep them personally dysfunctional and socially defeated, by empowering and healing them. By last year’s fourth conference, mental and emotional health, social work and legal professionals were flocking to register. This June, attendance is expected to increase.

Conference facilitator and founder Samuel Simmons has come up with what he calls an “alternative way of thinking about community building by addressing [people’s] intergenerational pain and trauma that act as barriers to healing, collaboration, leadership succession, sustainable change and community empowerment.” It clearly stands to reason that when you strengthen the individual, by extension you empower the community. 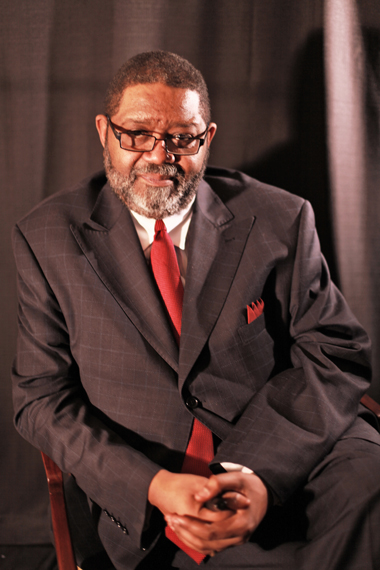 Simmons is, in effect, with a two-day series of seminars, counseling counselors to make them more effective. His insights get them to the root cause of clients’ dysfunction and, importantly, avoid an intellectual mindset by which practitioners conventionally see clinical and legal issues as academic equations.

His readily accessible approach breaks complex situations down in plain language so simple even those most inclined to cerebral tail-chasing can understand how to arrive at common-sense solutions. “If you can’t understand the client,” he points out, “you can’t really do him or her much good.” Accordingly, if you can’t do much good, how well can you be regarded as a viable professional?

Friday and Saturday , June 21 and 22 at Metro State University in St. Paul, with the theme “Healing the Village,” the Fifth Annual 2013 Community Empowerment through Black Men Healing Conference will be offered in the interest of showing attendees how to do some good for the treatment of those on whom they depend in order to be successful. Aiding Simmons are guest facilitators Preston J. Garrison for Secretary-General and Chief Executive Office of the World Federation for Mental Health and activist-author Kevin Powell, widely lauded for his expertise on, among other subjects, sexism from a male perspective and Black maleness in America.

Samuel Simmons (SS) sat down at a South Minneapolis coffee shop recently to discuss the conference and his insights into “Healing the Village.”

MSR: How is it these community empowerment conferences make the kind of difference that doesn’t happen elsewhere in terms of actually, well, making a difference?

SS: When you have issues that don’t improve dramatically or maybe end up being stagnant over the course of 20 years, the question has to be, “What needs to be done differently? What’s missing?” Five years ago, it started out with me and a colleague as a question. We started seeing that we’re with all these Black men. They’re in so much pain, but nobody’s ever listened to their pain.

All the men sent [to] us were in CD [chemical dependency] treatment, anger management [for] domestic violence, or just got out of prison. So, when you listen to their stories, we’re talking about [people] traumatized so early in their lives they’re kind of still stuck there. They’re grown, but they’re still stuck there.

They would do horrific things, but you would always hear [them ask], “Well, what about me?” We found, when we helped with [that], they were more likely to empathize with the folks they violated. We would see greater transformation emotionally just by allowing them to say what happened to them.

Sexism basically says, “Pull your bootstraps up and keep it moving.” It’s easier said than done even for the folks who said that. It’s been shown that the effect of abuse on male children has a major effect on their ability to manage their emotions. That’s just with everyday people. Now, think about what if you add violence, discrimination, what kind of difficulty you have.

MSR: What’s going to be going on with the 2013 conference?

I remember [when] I had a young woman come up to me. When she found out about the conference, she said, “Why’re you focusing on Black men’s trauma? All you want to talk about is ‘Black men, this.’ All they do is cause trouble. They cause so much pain.”

I said, ‘If I’m not mistaken, you got two sons. So, that means you care something about males, what happens to men in general.’ Think about this: If a man starts addressing his pain, gets himself better, you’ll feel less obligated to worry about fixing him and be able to work on yourself, which — in the bigger picture — benefits our children.

If you look at the history of the African American community, the masculinity of Black men has been put on the backs of Black women. The context of this whole thing about slavery, when master came to the slave quarters, he didn’t ask for Big Daddy, he asked for Big Mama. So, we start emasculating the man from day one.

Just think: If you have a relationship with a woman, the master’s son comes in and takes your woman, and you want to do something to protect her. She looks back at you, shakes her head. She took on not only the pain she’s going to go through, but yours, too — to save your life.

Unfortunately, subliminally, Black women still do that to themselves, in domestic violence and a lot of other situations. They do that [to] protect their boys, to the point where the boys don’t grow up. It ends up being a catch-22, because you look at how the system is treating our boys. So, how do you separate that?

SS: If men can start being responsible for addressing their pain, that pain affects the way they deal with their women and children. When a man suffers pain, folks close to him are going to suffer.

It’s not about whether he loves them or not. When you ain’t dealing with your pain, love is not enough of a buffer. That’s what this comes out of. We started realizing if we help men tell their stories and understand how their pain affects the way they deal with their families, they would be better off. Because the more pain we have, the more selfish we become, out of our own protection.

When [you] talk with young men and ask, “When did you realize you were a man?” 80 percent tell a story of trauma. For instance, one man, his uncles threw him in Lake Michigan when he was four, and when they fished him out, he was terrified. They told him, “That’s your first lesson in being a man, never to be afraid.”

It stayed with him even at [age] 35. [He] spent his whole life scared of being scared, working hard to nullify an emotion that is natural. The more you try to disregard something that’s natural and don’t process it, you stifle other emotions, like love.

If you can’t love, you don’t know how to be [normally] vulnerable. Our men are so scared of women they feel they have to control them.

MSR: Alright. Where else do women come in? They don’t exactly have a cakewalk either.

SS: No, they don’t. In the last generations, the moms have had so much difficulty, especially in the crack era. The Black woman was the last bastion of hope in the community. When that falls apart, our children are no longer safe.

When we talk about healing, we’re not just talking about men. We’re never really talking only about men. That’s the confusion some people got over these last five years. We just started with what everybody said was the biggest problem.

The title “Healing the Village” is done deliberately.

The fee for The Fifth Annual 2013 Community Empowerment through Black Men Healing Conference is $100. For Friday only, the cost is $75, and Saturday only, $45 (student rate available). For more information, call 612-721-0106, email brothershealing@comcast.net or go to www.brothershealing.com.