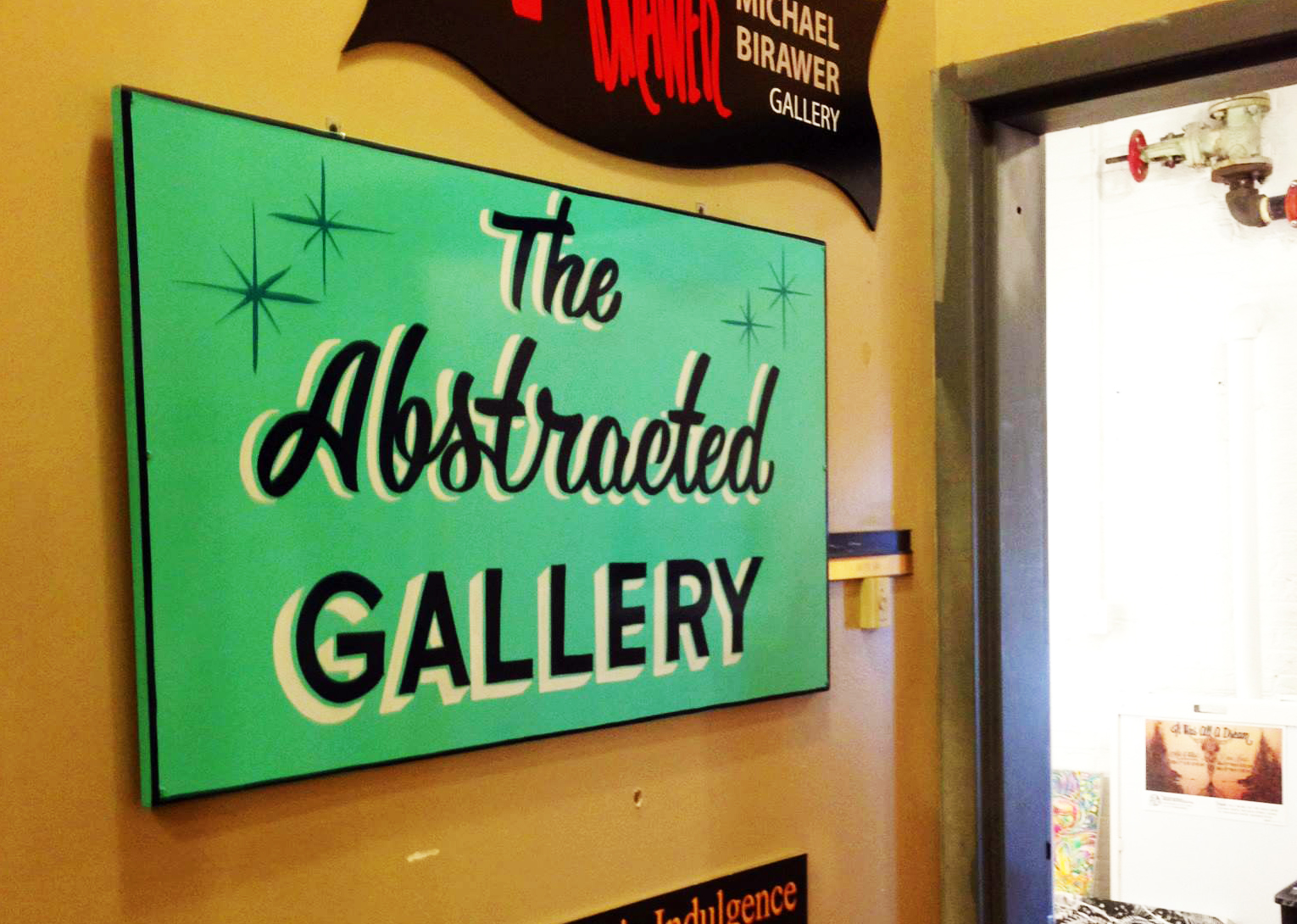 It’s been a while since I’ve had work in a group show. I’ve spent most of my career featuring no more than four to five pieces in any one place surrounded by many other artists doing the same thing. Since preparations for this solo show have taken up most of my time, I’d forgotten how important group shows are to one’s career—and socialization.

The difference between a group show and a solo show is obvious given the title, but there is a certain magic about taking part in a group show that has a lot to do with the appeal of a general group dynamic. For example, this past Saturday I had four pieces in the Abstracted Gallery’s Luck of the Draw show. I had wall space next to and across from two of my closest friends and I got to know artists that I had never met before while also appreciating work that was new to me. There is a community of sorts that is developed between artists during a group show. You are all presenting work at the same venue for the same reason, and it really is a great chance to network and connect.

Because there are all these artists sharing space and trying to make sales you would assume there might be a level of competition between artists, but because there is a variety of work there is also variety within the audience. Different people are coming to see different work, and there is a high chance that they will be exposed to something new. A viewer stopping by to see one artist may leave with more artists to add to their list of favorites.

A group show is a great reminder that it isn’t all about you. Artists can be pretty solipsistic sometimes—we can be so wrapped up in our own world that we forget that there are others out there making beautiful things just like we are. A group show is a very compassionate way to provide a reality check for us in our most arrogant moments. We all get like that sometimes.

In preparation for my solo show I’ve been experiencing the same anxiety throughout. The stress of knowing that the difference between success and failure rest on you and you alone has a way of being both empowering and nerveracking. With a group show, that stress falls predominantly on the gallery instead of the artists. As the artist you drop off and pick up your work on time to make everything easier on the gallery owner, and that’s usually the bulk of what you have to do. Gallery owners work tirelessly on opening nights; they run around making sure that refreshments are plentiful, that the music is playing, and that sales get made accordingly so that everyone gets what they need. After a rough start due to Friday’s blackout it was nice to go to the Abstracted and spend the night with friends and eat slice after slice of watermelon. I even sold a piece of art.

According to the Abstracted there is going to be a closing reception for Luck of the Draw. I’ll keep you posted when the date comes out.