A reported all-time high of 17 Black head college football coaches this season looks promising, but only if we overlook the continued poor diversity numbers in key leadership positions at Football Bowl Subdivision (FBS) or Division I schools and conferences.

Dr. Richard Lapchick’s annual college sport race and gender report card was released last week by The Institute for Diversity and Ethics in Sport (TIDES), which Lapchick heads at the University of Central Florida. He pointed out that White men hold 90 of the 120 presidents positions (75 percent) and 101 of the 120 athletic director positions (84.2 percent) at FBS schools.

Whites overall hold 333 of the 365 campus leadership positions, and White women hold 64 of these positions, he added. “College sports is still far behind professional sports regarding equal opportunities for the top jobs,” wrote Lapchick. 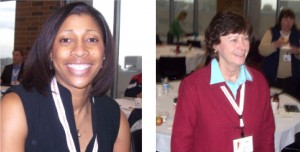 There are 16 Black men and two Black women total in similar leadership roles, however. Sadly, it’s the same old story when it comes to diversity in college sport, but it’s a story that needs telling and retelling until it finally reaches beyond token proportions.

Texas A&M University Professor Akilah Carter-Francique aptly summed up this longstanding equal opportunity gap, especially among Black females, with just two words: power and privilege. She spoke on females in positions of power in sport at the November 2 Creating Change 2011 conference hosted by the University of Minnesota’s Tucker Center for Research on Girls and Women in Sport.

Carter-Francique also started Sista To Sista, an on-campus, co-curricular leadership program for Black female students and student-athletes. “Power is based on being a man — it is tied to notions of money, sexual power and socioeconomic status. These types of symbols and values represented power,” explained the professor.

Young Black women, therefore, must find “symbols of power that look like them,” she believes.

Sonja Robinson shares this belief. Now working on her doctorate at the University of New Mexico, Robinson (1996-99) is still the only former Gopher female basketball player to come from Arizona.

Robinson, who is a communication project assistant at New Mexico’s office for equity and inclusion, adds that a possible reason why more Blacks aren’t in leadership roles has a lot to do “with us not seeing ourselves” in such roles. “There are not that many of us,” she notes.

Lapchick used the Chronicle of Higher Education’s most updated stats to also point out that nearly 80 percent of college faculty members are White — Blacks make up only seven percent.

“When I got to Texas A&M,” recalled Carter-Francique, an assistant sport management professor, “I told the young Black girls that I was a former athlete, and many of them sort of paused, looked at me and [said], ‘You’re a professor.’ This particular generation needs to see somebody in this position to know it can be attainable.”

There have been cries for several years now for a college-type “Rooney Rule” similar to the NFL rule that teams interview at least one Black prospect for head coaching openings. However, these cries aren’t being heard, said Alliance of Women Coaches Co-Director Judy Sweet.

“Sadly we haven’t seen much of an expressed interest or impetus from the institutions to put such a rule in place,” Sweet pointed out. “I would like to think there [are] ways that we can reward institutions who in fact demonstrate a commitment to diversity in their hiring practices.”

Interns, administrative assistants and those “other” positions have both Black males and females in the single-digit percentiles in Division III.

College sport management is “a traditionally masculine field,” concluded Carter-Francique. And traditionally White, I’m afraid. “You get an even smaller number of African American women [in this field],” she added.

Blacks shut out for baseball jobs

No Blacks have thus far been hired for the various major league baseball managerial and general manager openings since the 2011 season ended. Detroit News columnist Lynn Henning wrote last week, “All the jobs have been filled by members of the old boys’ club.

“Now you can hire pretty much who you want without any serious consideration of diversity,” Henning said.