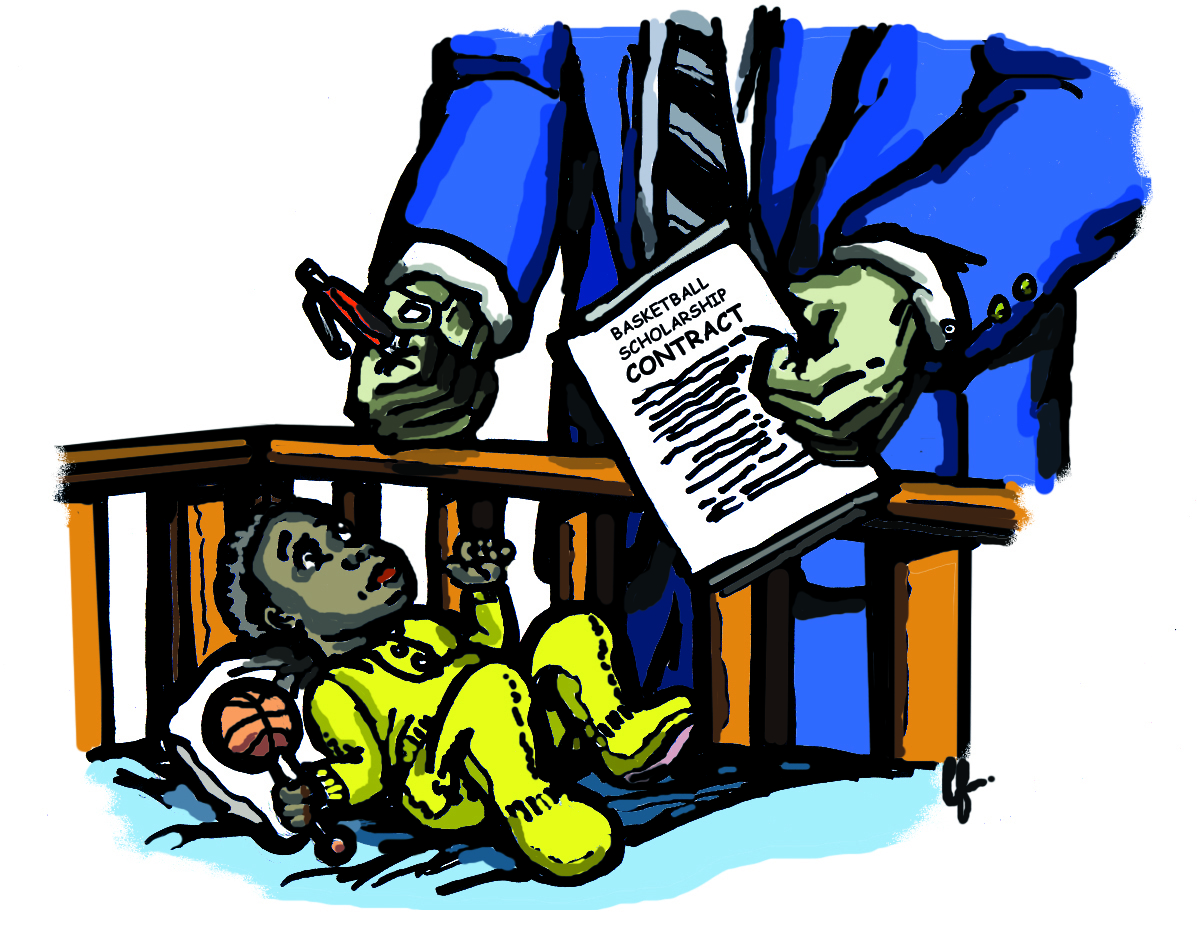 An NCAA committee announced in June that it will support a proposal to prohibit college coaches from making scholarship offers to recruits before their senior year in high school. Parents of increasingly younger prospective college athletes are advised to get informed and be involved.

As defined by the NCAA, “a prospective student-athlete” is one enrolled as a ninth grader or higher. However, as far back as 1996, student-athletes have been recruited and offered scholarships as early as middle school, according to Randy Taylor, the director of the National Collegiate Scouting Association (NCSA) Recruiting 360.

Taylor formerly served as director of football operations at Minnesota in 2007 and has nearly 30 years of college recruiting experience. “These kids are being contacted way too early,” he admits.


“[If] coaches are competing and out-recruiting each other for kids younger than that [before the ninth grade], it’s illegal,” U of M Volleyball Coach Mike Hebert strongly states.

The new proposal to prohibit making scholarship offers to recruits before July 1 during the summer between a student’s junior and senior year of high school is the first to come out of the NCAA Recruiting and Athletics Personnel Issues Cabinet, which is reviewing college recruiting conduct.

If this proposal is approved by the NCAA, which will review it during its annual convention in January, coaches will be allowed to contact recruits and their families once a month from June 15 of their sophomore year through July 31 of their junior year in high school. Then, starting August 1 of the athlete’s senior year, coaches will be allowed to call a recruit twice a week.

Taylor points out that a 13-year-old youngster recently committed to attend USC to play football. And 10 high school freshmen already have been offered Division I scholarships along with 650 sophomores, he adds.

“I think it is really unfortunate that 12- and 13-year-old kids are making verbal commitments to go play at a specific college. I think it’s crazy,” says Minnesota Head Football Coach Tim Brewster, who supports the proposal.

It’s not just football, continues Taylor. There are seventh graders being heavily recruited by basketball coaches around the country as well.

“It doesn’t give a kid a chance to really see what’s out there and what they are capable of doing,” notes Alan Starr of Minneapolis. He stressed to his high school sophomore daughter Allina, who has been playing varsity basketball since she was an eighth grader, the importance of getting her education now rather than worrying about where she might play college basketball someday.

“I think life is more than just a basketball game,” says Starr. “When she was younger, in the sixth grade, there were people who thought she should play high school basketball in the seventh grade because she had this skill level or that skill level. But she didn’t have the mental level. So I thought that was important for me to get across to her – I talk to her about being humble.”

Getting the best education you can – not the best athletic scholarship – is the “fundamental point” that always should be stressed, says Derrick Mayes. Mayes played college football at Notre Dame where he earned a B.S. degree in film and television, and later played six years in the NFL.

“I was that guy who came out of my high school, got a Division I scholarship and played big-time football,” says Mayes. “I was that guy who got that opportunity to be a two-time team MVP in my junior year and my senior year at Notre Dame. I was that guy who set all those records [as the school’s all-time leading receiver], got drafted the highest in my class to go into the NFL, and won a Super Bowl in my rookie year.

“That put me in the echelon of one in 17 million. We need to continue to educate the culture, mainly the parents, so that they can funnel down the information that only one of those guys [made it]. Where are the rest of them?”

Now running his own entertainment company, Mayes adds that parents often are not prepared to properly handle the recruiting process. He recalls, “I had educated parents, but that still did not prepare us for the journey that was ahead of us. I think there always was the opportunity of being taken advantage of.”

Hebert points out that there could be some positive outcomes whenever a child decides early what college they want to someday attend. “It might make sense for a kid growing up in Minneapolis who from day one wants to go to the ‘U’, their sister is playing on the team, and the family always wanted to have [them attend the college].”

The Hall of Fame volleyball coach also notes that it is not always the coaches who are going after kids too young. “Coaches get approached by families wanting to do an official visit because they have decided that your school is where they want to go to,” he says. “It is not always the behemoth coach out trying to rob the cradle of all these young players, but sometimes families don’t want to go through [the recruiting process] and want to make their decision and get on with it.”

Kids sometimes get caught up in the recruiting craze, orally committing to a coach every time they visited a campus “because it’s so cool,” notes Taylor.

Today there is also “the agent or handler” that coaches sometimes are forced to deal with in recruiting. “In our sport, there’s some who are so obsessed with their own worth and importance on the planet that they go out of their way to try to place kids [on college teams],” claims Hebert. “Some club coaches say, ‘This kid wants to go to Penn State and doesn’t want to talk to you.’ That may not be true at all.”

Mayes suggests that all prospective student-athletes’ parents get all the information they can. The NCAA website offers tons of information, and even offers the opportunity to request free information sent to your home. The NCSA also offers assistance.

“You [must] be involved in it as a family and as parents,” Taylor strongly advises. “It’s not your high school coach’s job, either – it’s your job and your son’s [or daughter’s] job in every sport to understand the process and use it to your advantage.”

For more information on recruiting, go to www.NCAA.org or www.ncsasport.org.