When Ryan Bergerson’s acceptance letter arrived from the University of Minnesota in December, his parents waited to give it to him until after the holidays — they were worried that his sisters, who were visiting from the Twin Cities, might convince him to go there.

“I think it’s too many people,” said Dave Bergerson, Ryan’s father. “I’ve heard it’s way too spread out, not easy to get around from place to place. I just think it would be too much.”

In an area where everyone knows one another and business owners close their shops for Friday night football games, jobs that were once accessible now require a college education.

And whether it’s a person like Ryan, who’s interested in kinesiology, or one of his friends that want to work on a farm, more and more kids from rural schools like Lac qui Parle Valley High School have to leave town and study if they want to come back and work.

“Some do find their way back, and they want to have their kids grow up in the area — it’s a wonderful area,” said district superintendent Renae Tostenson. “There’s just not enough jobs.”

Cindy and Dave Bergerson were born and raised in the area and settled in Madison, a town of 1,551 and the self-proclaimed lutefisk capital of America. Dave started as a delivery man and worked his way up to salesman in his 25 years at Madison Bottling Co., a local Anheuser-Busch wholesaler. Cindy is a loan officer at United Prairie Bank.

Dave did it all without a college education, and Cindy worked her way up after attending a nearby junior college.

It’s a different story with their children. 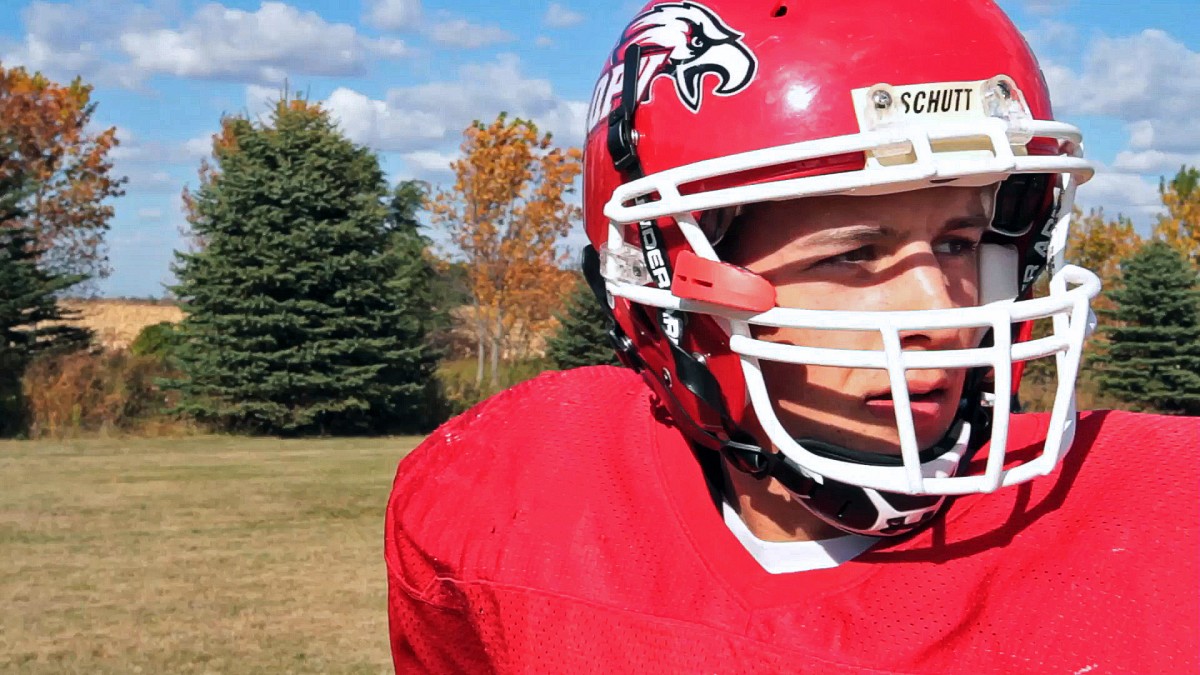 Sports, especially football, tie the towns of School District #2853 together. The eight small towns each have hometown heroes, but they cheer the Eagles on together.

But each year, fewer kids come through the district. K-12 enrollment has been steadily declining since the early 2000s.

More people from around Madison have been leaving rural areas for jobs in larger cities, and many plant their families there. The population in Madison decreased 12.5 percent from 2000 to 2009.

More rural students from across the country are going to cities to work and study, said Fred Schmidt, director emeritus at the University of Vermont’s Center for Rural Studies, and the population decrease in Madison could be for a similar reason.

Agriculture has always been an economic driver in Lac qui Parle County, and one in five men in the county is a farmer or farm manager, according to City-Data.com.

And for those that want to be farmers, sticking around home isn’t good enough to guarantee a job.

“Most corporate agriculture depends on highly specialized training, which means going off to college,” Schmidt said. “If [kids from rural areas] find jobs, they’re going to be in the service sector and they’re not appealing, like working at Walmart or flipping hamburgers at McDonald’s.” 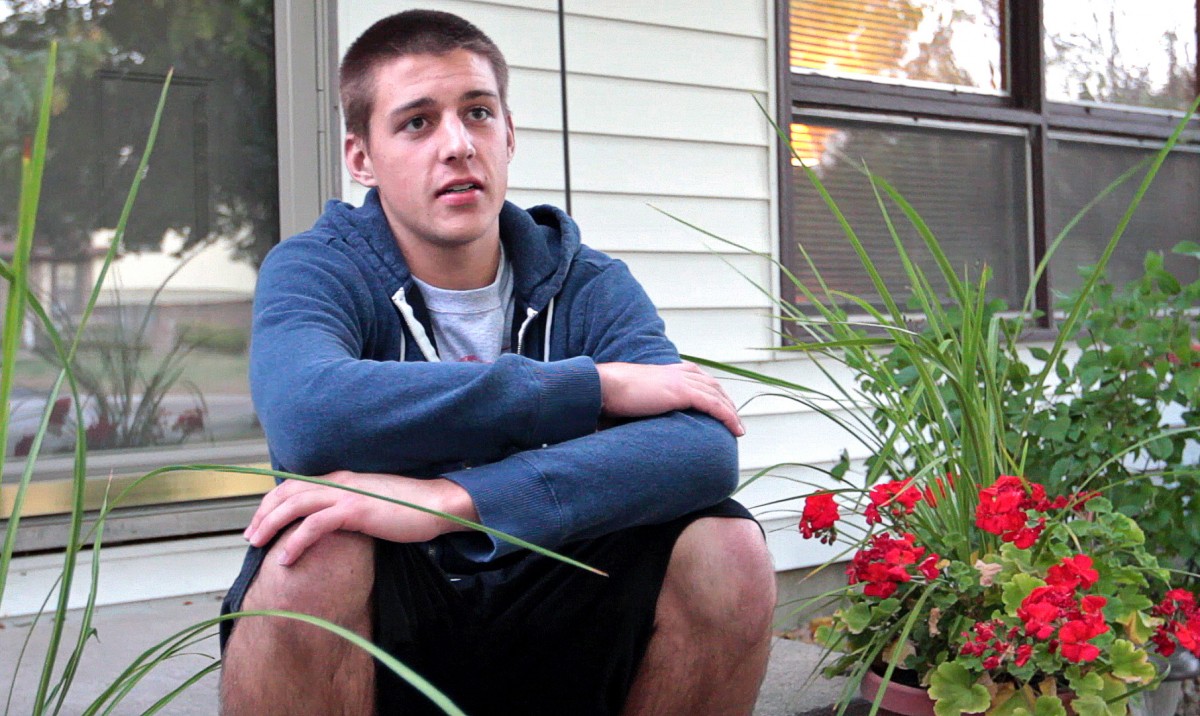 Lac qui Parle Valley High School senior Ryan Bergerson talks about his college aspirations Sept. 29 at his home in Madison, Minn. Ryan has been accepted to the University of Minnesota and Southwest Minnesota State University in Marshall. (Photos by Joe Michaud-Scorza)

In the past few years, following the crowd for high school graduates at Lac qui Parle has meant going to North Dakota State University or an area technical college. But Ryan’s a big Gophers fan and he wants to cheer for Division I sports. Plus, he said he isn’t “outdoorsy” and wants to play intramural basketball or dodgeball.

“I’d guess that 50 percent of my friends will end up coming back here to live,” Ryan said. “But I don’t hunt, I don’t farm, I don’t do things around here like they do.”

Ryan now has to decide if he’ll try to fit in with a student body of more than 52,000 at the University of Minnesota or take his parents’ advice and go to SMSU Marshall, three times closer and with scholarships waiting.

His parents say they’ll support him no matter where he goes, and he’ll be making the three-hour drive for a second visit to the Twin Cities campus this weekend.

“If I had to choose right now, I think it would be the U,” he said. 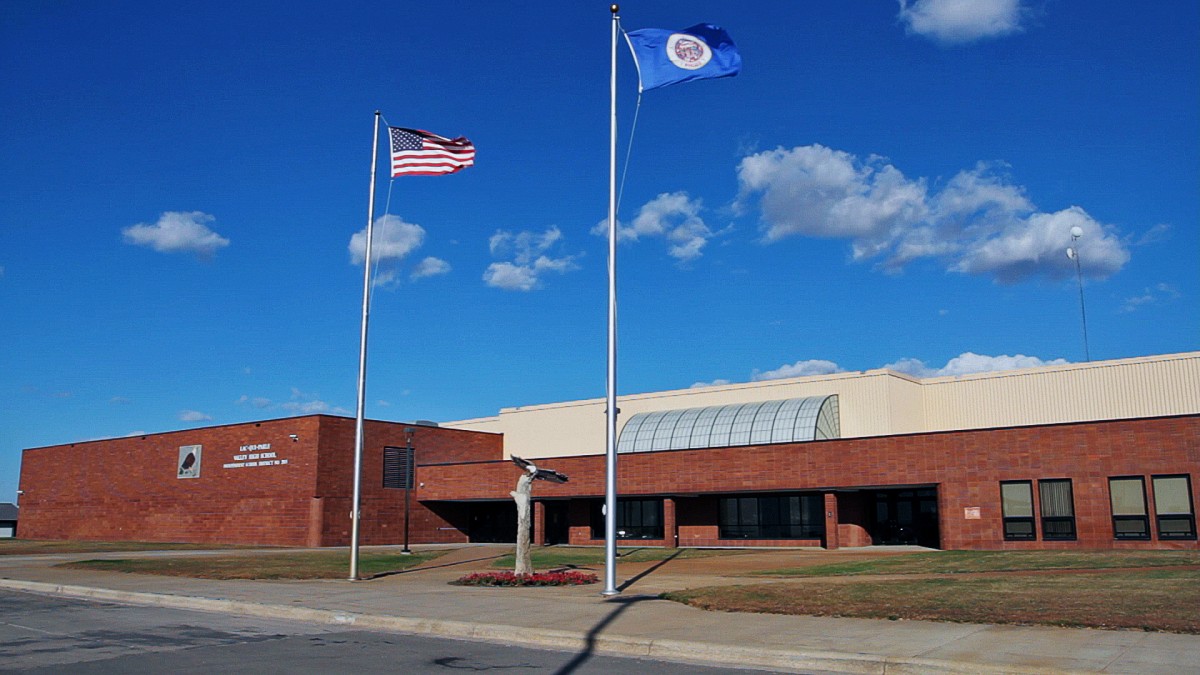 Children from eight towns make up the combined student body of Lac qui Parle Valley High School and Middle School. Students are seeing that a higher education is needed to find work after high school.

College Bound is a series about the varied backgrounds of high school seniors around the state that have the University of Minnesota in their plans.

Joe Michaud-Scorza contributed to this report.