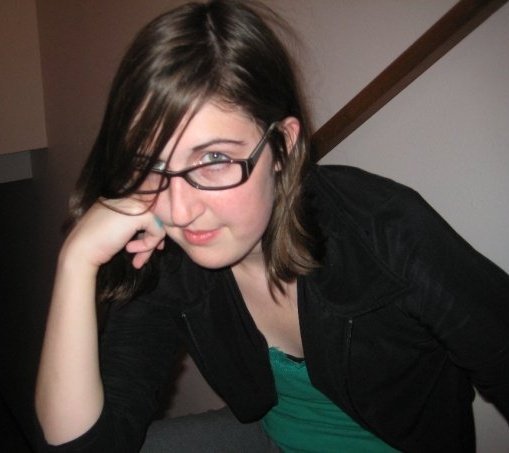 What’s your job?
“I like my day job, but it’s way too boring to explain—it involves insurance and Eden Prairie. But I’m also an editor for MPLS.TV, so I help write, edit, and schedule several posts a week about Minneapolis arts and culture.”

Other than your job, what are your claims to fame?
“I intern for The A.V. Club Twin Cities and do occasional interviews and other posts for them, usually about local music. I used to be an editor for Twin Cities Runoff, which is on hold for now but which I hope will re-emerge in some form eventually. I’m a member of the planning committee for Forever Young, the late 90s/early 2000s monthly dance party at the VFW in Uptown, and I got to do a DJ set there once. I volunteer for KFAI and have contributed to their newsletter. Also, Chuck D of Public Enemy follows me on Twitter.”

What’s your relationship status?
“Mostly single, and totally looking for someone to take me to dinner at The Butcher and the Boar.”

Where are you most likely to be seen?
“The VFW, always. Their cheap drinks and Cheers-ish atmosphere, plus the weekly Tuesday Night Music Club DJ night attended by friendly people who like art and pop music, have made me a loyal regular. I see a lot of live music, especially hip-hop, so I’m often at First Ave and the 7th Street Entry, Honey, the Triple Rock, the Fine Line, etc. If you’re trying to find me at a rap show, I’m the nerdy-looking white girl near the front of the crowd bobbing her arm in the air and beaming—especially if it’s Doomtree or Brother Ali. Other than that, happy hour patios and dance floors.”

Where are you least likely to be seen?
“Major league sporting events. The Mall of America. And I’m sure St. Paul is a fine city, but I almost never venture over there.”

With what person or people are you most likely to be seen?
“My Middlebrook Hall floor-mates from freshman year at the U. The VFW’s Tuesday night crowd. Chris Cloud. Neal Hohman. Stephen Grothem. Ryan Kennedy. Other friends from college or people I’ve met through local media.”

Where were you born?
“Rockford, Illinois, home of the Rockford Peaches and Michelle Williams from Destiny’s Child.”

What neighborhood do you live in now?
“St. Anthony West in Northeast Minneapolis, by the 331 Club.”

What’s your ride?
“I drive a boxy gray minivan with a Keith Ellison sign on the dashboard.”

What’s the best way for someone to start a conversation with you?
“Dance with me to ‘N***as in Paris’ or ‘No Diggity’ and we’ll be friends. Bring up politics, especially reproductive rights, if you want to see me pounding emphatically on the nearest flat surface. I’m also a sucker for tattoo compliments, Netflix recommendations, and 30 Rock quotes.”