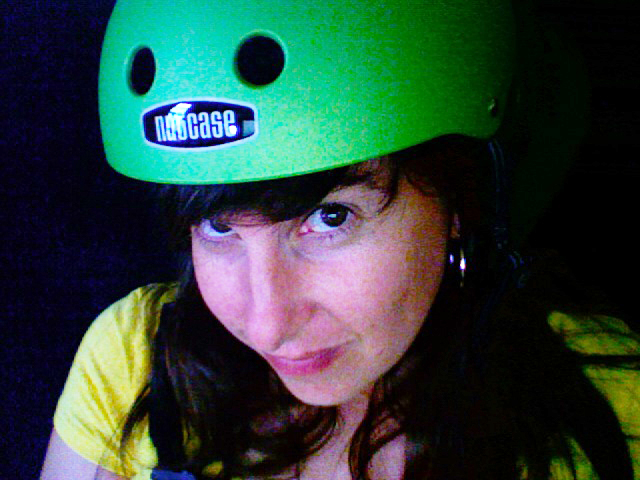 Name: Cole “Inky” Sarar
Twitter: @inktea
Websites: “I’ve got a website that’s nearly never updated at inktea.com. I handed off MinnesotaMicrophone.com and punchoutpoetry.wordpress.com in the past year.”

What’s your job?
“Communications manager at the Independent Natural Foods Retailers Association, a purchasing cooperative for independently owned natural/organic grocery stores. It’s a really great organization, a collaboration of independently owned grocers who pool their braintrust and voices to (a) be able to compete with big national corporations—and thus keep funds local—and (b) be a combined voice for safe, healthy, and ethical foods.”

Other than your job, what are your claims to fame?
“I do a lot of spoken word and poetry related work, and I do some bigger projects with a posse of friends from lots of different artistic backgrounds. Until very recently, I ran a monthly all-women’s poetry slam, which featured female performance artists from outside of the slam community—a really lovely event that I was really happy to be a part of, and I’m really glad that I left in really talented hands. I sat on the Minnesota State Arts Board panel for Artist Initiative Grants in Poetry recently. No, I don’t know if you got a grant. I competed in the Literary Death Match this past autumn and in the up-and-coming Encyclopedia Show at the Brave New Workshop Student Union—with a saw player and an astronaut! I have performed with Cheap Theatre, slammed at Kieran’s and the AQ, toured with Guante, and love performing at Balls Cabaret. I have a hard time turning down neat projects, so anything with a theme or a good crew is likely to entangle me. I do collaborative art works with a posse of close friends, too. We’ve done two Art Shanty Projects, some MNZero games, the Space Lounge at Convergence, and other projects that combine music, video, set, costume, game play, food, dance, theatre, poetry, puppets, puzzles, lights, sound, interactive art, digital programming, circus, and literature. We’re nerdy kids who dream big and then follow through.”

What’s your relationship status?
“I’ve been in a relationship with a charming musician/puzzle designer for a year and a half now. We like eating out, playing Race for the Galaxy, watching Misfits, doing cryptic crosswords, and biking.”

Where are you most likely to be seen?
“Bob’s Java Hut, Bryant-Lake Bowl, the Wedge, Society du The, Seward Coop, the Donut Cooperative—wooo vegan donuts!—Kieran’s, Chatterbox Minneapolis, the Greenway when the snow isn’t on the ground, Eat Street Social. Opening night at any Walking Shadow show.”

Where are you least likely to be seen?
“Suburbs. Rich white folks who don’t believe in sidewalks scare me.”

Where were you born?
“Garretson, South Dakota.”

What neighborhood do you live in now?
“Lowry Hill East in Uptown.”

What’s your ride?
“Walk to nearby locales, bike in good weather, drive when pressed for time or in inclement weather. I’m no stranger to public transport, either. Love the train. Kayaks are fun, too, but less practical for places outside of Venice.”

What’s the best way to start a conversation with you?
“Talk science to me. I’m a sucker for interesting scientific developments, or naming conventions within the scientific world.”