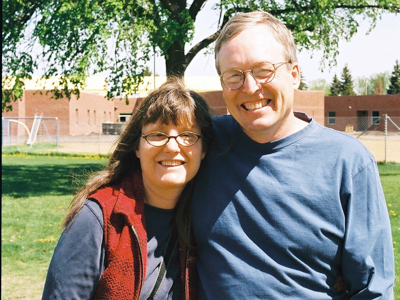 The project is the work of St. Paul artist Mike Hazard, and the Center for International Education (www.thecie.org), and was co-directed by Deb Wallwork. Music for the program was performed by renowned pipa artist Gao Hong.

Regarded as a trickster during his time, Han Shan wrote poems for everyone, and not just the educated elite. A man free of spiritual doctrine, it is unclear whether or not he was a monk, whether he was a Buddhist or a Taoist, or both. It is not even certain he ever lived, but the poems do.

The poems are recited in Mandarin by Jin Hua, with animations from John Akre.

“Cold Mountain is a rollicking, tasty film filled with poetry, colorful characters, Zen wisdom and witty commentary,” said Deb Wallwork. “The film gives us glimpses of that mysterious – some say crazy, some say enlightened – figure, Han Shan, who left the dusty world to become a hermit and a poet, and in so doing wrote the intimate and inspired lines that speak to us today.”

Mike Hazard added that one way to look at the film is to see that literally everyone and everything in the film is channeling the spirit of Han Shan.

“The Mandarin of Jin Hua, the trickster animations of John Akre, the street singer, the rice thrashers, the Butterfly Woman, the four poetical guides, the monks in the temple kitchen, the bats in the cave, Gao Hong’s pipa, even the cicadas compose a richly layered portrait of Cold Mountain.”

Hazard and Wallwork are veteran documentary filmmakers with a dozen national releases on PBS between them. Their most recent collaboration, C. BECK, was Grand Prize winner of the Independent Lens Online Shorts Festival produced by ITVS.

Once at Cold Mountain troubles cease.

I idly scribble poems on the rock cliff

Here we languish, a bunch of poor scholars,

Battered by extremes of hunger and cold.

Out of work, our only joy is poetry:

Scribble, scribble we wear out our brains.

Who will read the works of such men?

On that point you can save your sighs.

We could inscribe our poems on biscuits

I came once to sit on Cold Mountain

And lingered here for thirty years.

Yesterday I went to see relatives and friends;

Over half had gone to the Yellow Springs.

Bit by bit life fades like a guttering lamp,

This morning I face my lonely shadow

And before I know it tears stream down.