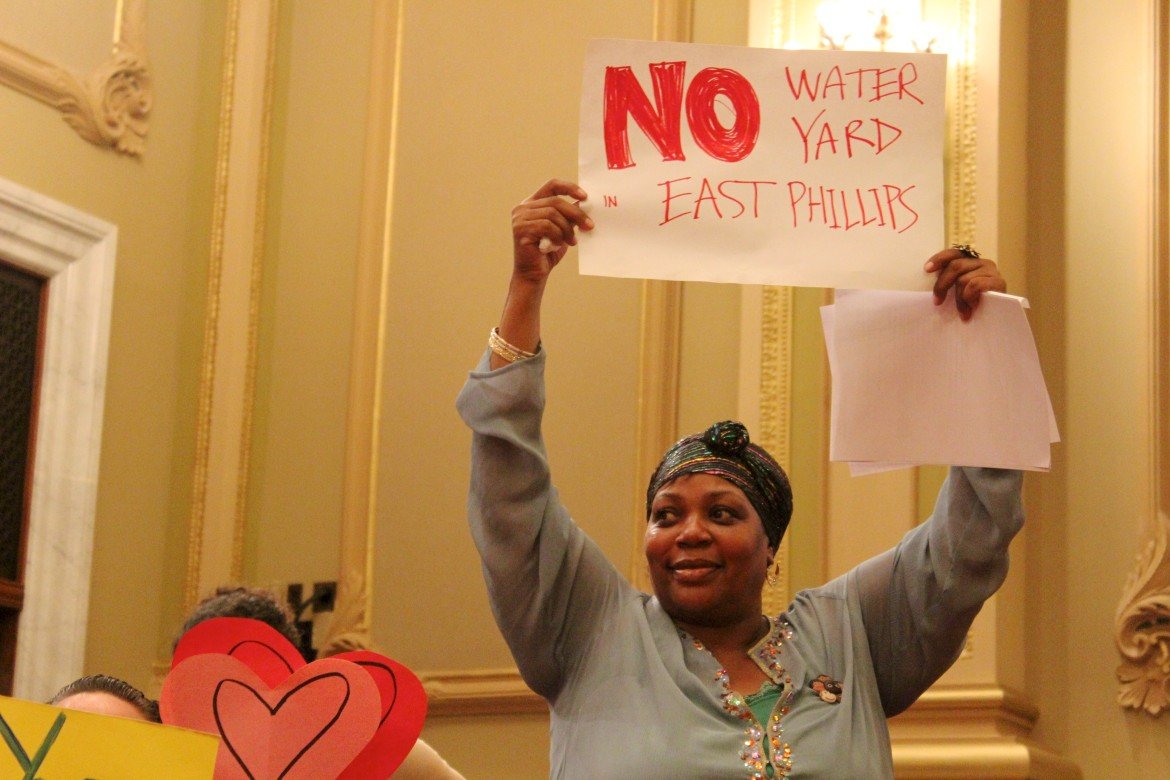 Members of the Phillips community, where the site would be located, say the proposed facility is yet another industrial site in a neighborhood plagued with pollution and environmental justice concerns. See the story in Monday’s Daily Planet for more background.

There was a brief discussion about adopting an amendment put forth by ward nine council member Alondra Cano, which would have required city staff and departments to work with community members when developing the site. That amendment was defeated. There was a discussion about moving the site, but council member Yang opposed this. He says that traffic would have run through ward five, impacting residents in his ward unfairly. Yang is very concerned that nine city facilities, including the impound lot, are located in ward five, creating the very same environmental justice concerns that community members in Phillips have.

Those opposing the water treatment facility say they are going to continue to meet and push for a community benefits agreement for their ward.

Correction: The original version of this article claimed that Council Member Cano proposed moving the site to Fridley. The actual language of the proposal is below:

“Authorizing City officers to negotiate for the possible acquisition of 1860 28th Street East and 2717 Longfellow Ave. commonly referred to as the “Roof Depot” properties, for the relocation of the Water Distribution Maintenance facilities and Water Meter operations and directing Property Services, Public Works, and CPED Staff to work with East Phillips residents and community members to identify potential redevelopment or leasing scenarios for the portion of the property not required for the aforementioned functions.”

Below are photos of industrial sites located in Phillips. 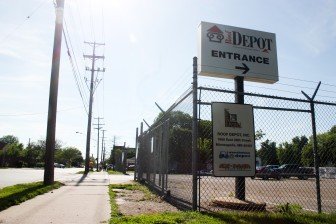 The site of the proposed water treatment plant. Photo by Patience Zalanga 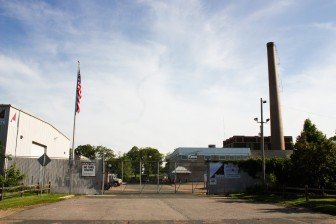 A city dump site located in the Phillips neighborhood. Photo by Patience Zalanga 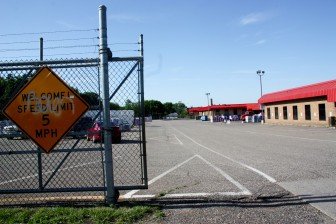 The entrance to the Roof Depot site. Photo by Patience Zalanga 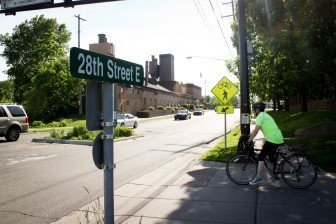 A foundry sits right near the entrance to the Midtown Greenway. Photo by Patience Zalanga 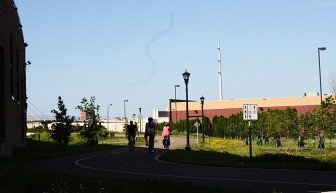 The Midtown Greenway. A bike and pedestrian only space that was hard fought and won by community members. Photo by Patience Zalanga.

Below are photos from the Friday city council meeting. 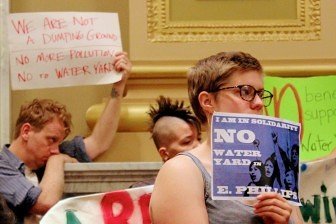 Opponents filled the city council meeting with signs protesting the placement of a water treatment facility in East Phillips. Photo by Kayla Steinberg 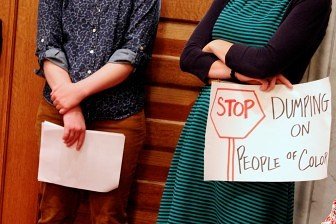 Opponents argued that placing the facility in the Phillips neighborhood is environmental racism. Photo by Kayla Steinberg 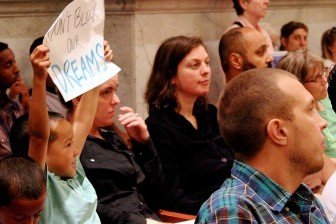 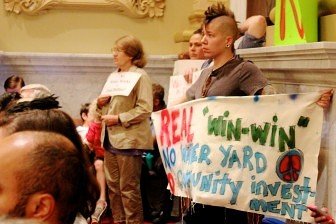 An opponent held a sign that read, “A real ‘win-win’ is no water yard and community investment.” Photo by Kayla Steinberg 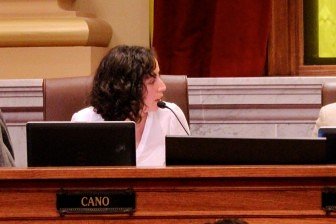 Council member Cano was the main force against the water yard on the city council. Photo by Kayla Steinberg 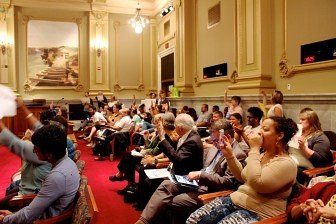 The room filled with cheers and hand waves when council member Johnson argued against the placement of the water facility in Phillips. Photo by Kayla Steinberg 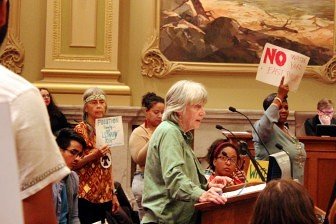 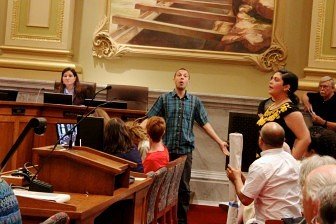 Even though public commentary was closed, community organizers voiced their opinions before the 10-3 vote. Photo by Kayla Steinberg 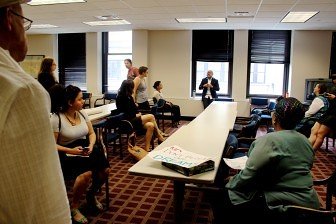 After the meeting, Phillips residents started planning their next steps. Photo by Kayla Steinberg