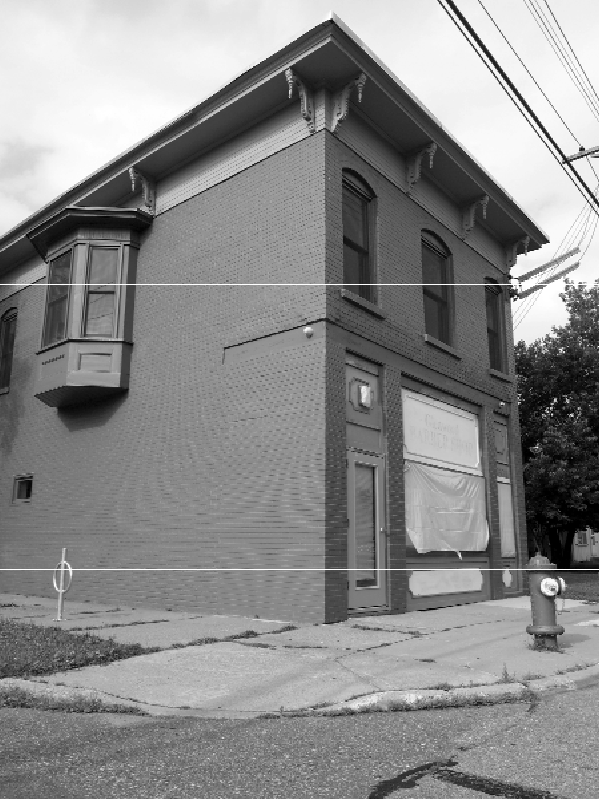 They plan to paint details on the building at 1930 Glenwood, shown with its base coat of dark gray. At one time it was Glenwood Barbers on the main floor, with a collection of small businesses and organizations upstairs. CLCLT works with several affordable housing developers throughout Minneapolis, but sought to locate in North to be convenient to people who say “I’d love to buy here, how do I?” (Photos by Margo Ashmore)

“A lot of nice vehicles drive in, in the morning, and out in the afternoon,” commented Jeff Washburne, executive director of City of Lakes Community Land Trust, looking out over Glenwood Avenue. He’s always on the lookout for resources to help others realize pieces of the American dream as have 140 homeowners in the past 10 years.

CLCLT helps low- and moderate-income households purchase affordable homes, some built or renovated for the Land Trust, others identified by the buyers. In exchange for writing down the cost of buying (tens of thousands of dollars), the homeowner only leases the land though they’ve purchased the home. If and when they sell, it’s at a pre-determined formula limiting the increase in equity that they can pocket. The affordability transfers to subsequent Land-Trust-approved, income qualified buyers. Twelve homeowners have sold in that fashion.

CLCLT plans a public open house at 1930 Glenwood Ave. N. on July 26, 4-7 p.m. to celebrate opening their new office. As they started outgrowing shared space at PRG, Inc. in South Minneapolis, “Our board said if we have to go looking for a new place to rent, let’s be purposeful and move to North Minneapolis, be intentional about it,” Washburne said.

Washburne said recently CLCLT has ventured into arrangements where homeowners have put existing homes into the Land Trust in exchange for renovation, allowing them to stay in their homes. 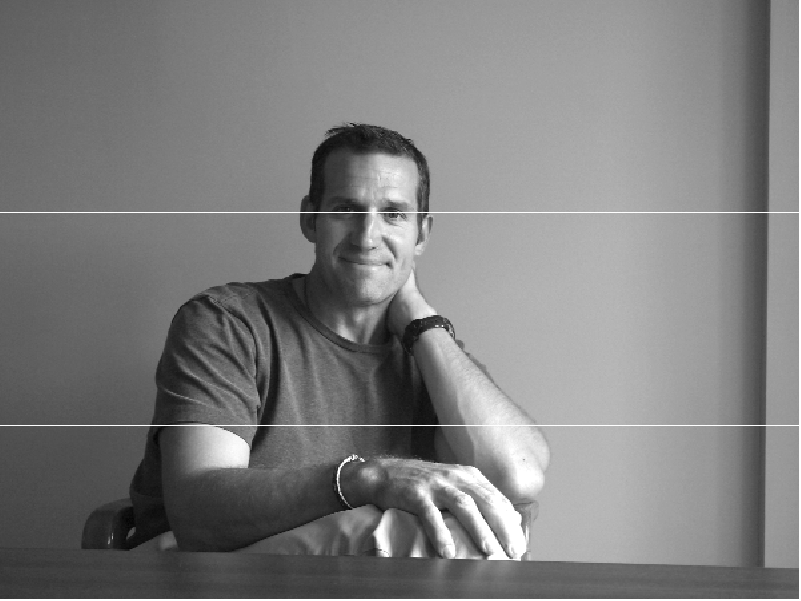 Left: CLCLT’s executive director, Jeff Washburne, enjoys looking out from the conference area lit by the upper bay window in the building pictured at top.

The building at 1930 Glenwood is not rented, but owned, the first commercial building to be entered into any land trust. It was one of a small portfolio held by Nonprofit Assistance Fund from the late 1990s when they made “mom and pop” loans to small business owners. The previous owner fell behind and deeded it to the organization in lieu of foreclosure.

Typical of 1901 commercial buildings, originally there was an apartment upstairs. While they gutted most of the building to rehab it, the residential layout remains as staff offices, and a large front room is available to rent to another non-profit or small business “with some mission alignment.”

One office, Rose Carr’s, is on the main floor along with conference room, kitchen area, reception, and copiers, etc. “It forces us to exercise,” Washburne said, while being fully accessible to clients. “It was relatively expensive to do the remodel,” he said, then listed a host of in-kind donations, from Meyer Scherer and Rockcastle architect work, to chairs, other furniture and custom building of the front entry desk.

CLCLT incorporated in 2002, the result of several South Minneapolis organization leaders attending a conference about land trusts (Rondo in St. Paul already existed). Then consultant Cara Letofsky helped with research that determined the effort “should not just serve South Minneapolis and should not be a developer,” rather augment their work, Washburne said. Among the founders were former Northside resident Earcie Allen, along with Jeff Hayden, Carol Mork, Dan Niziolek and Kim Havey. PRG and Hope Community placed several units of their new housing projects into the trust, and when Washburne was first hired, he was employed through PRG.

Money to write down the CLCLT homeowners’ purchases comes from a variety of neighborhood, city, county, state, and private contributions, fundraising, and foundations. The renovated building, in addition to in-kind contributions, is supported by foundations: McKnight, Jay and Rose Phillips, Miller Family, Wells Fargo Housing and Pohlad Family, and $160,000 in financing through Nonprofit Assistance Fund with a city of Minneapolis loan.

The building is in Harrison Neighborhood, and in fact housed the neighborhood organization offices a while back. Washburne said the synergy is great with the neighborhood. “The bike and coffee shop is great. Ten years from now Glenwood will be entirely different,” Washburne said, “not because we’re here, but just commenting that we’re dumb lucky to be in on it.”

When I toured the building, there were still quite a few finishing touches needed. CLCLT plans to make its meeting space available to community concerns. For information on home buying through the Land Trust, conference room availability or the upstairs rental, call 612-594-7150.