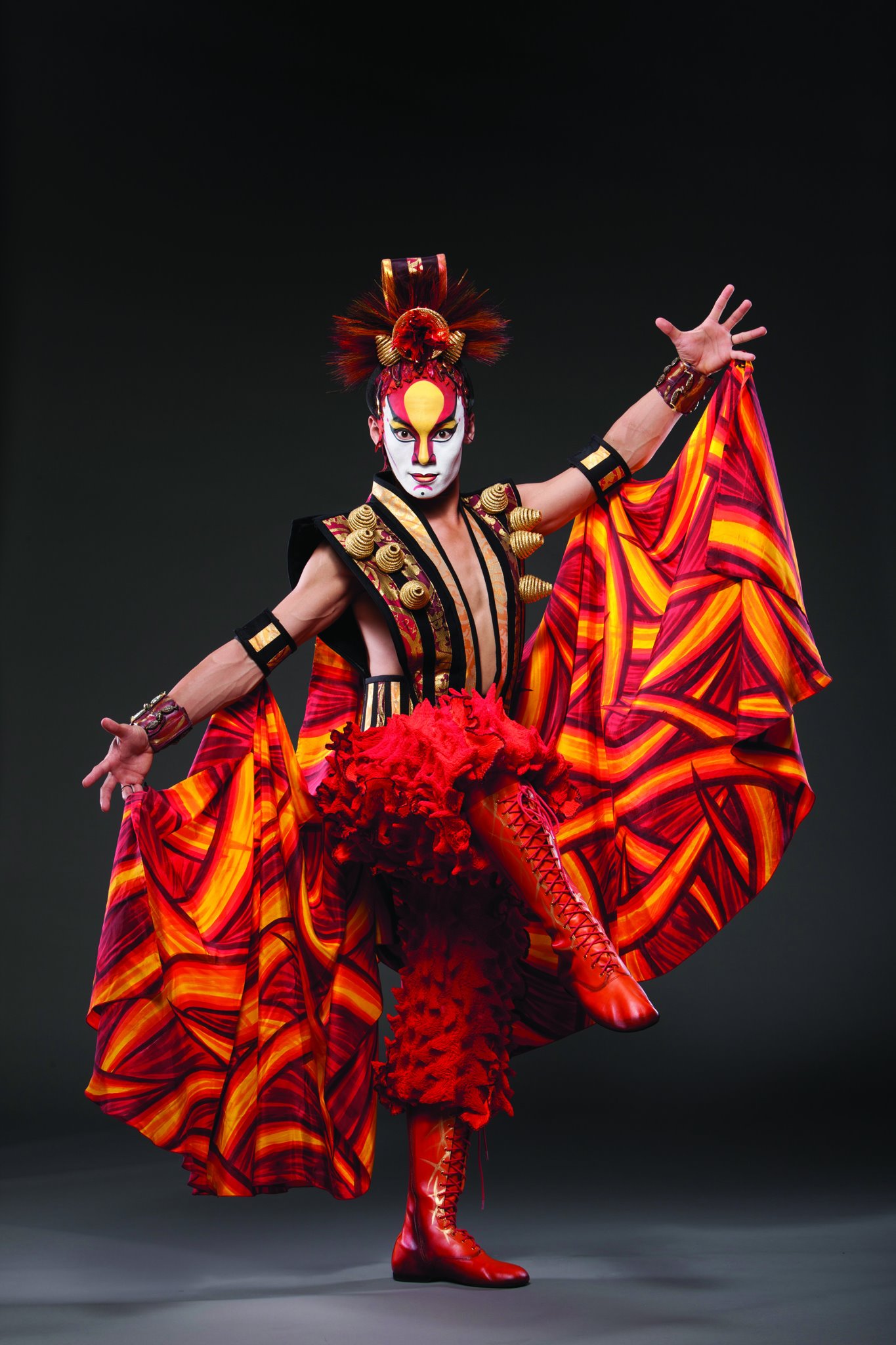 Wednesday night was opening night for the Minneapolis stop on Cirque du Soleil’s Dralion tour. The show, which premiered in Canada back in 1999 and makes an appearance every now and then, “draws its inspiration from Eastern philosophy and its never-ending quest for harmony between humans and nature.” Directed by Guy Caron, choreographed by Julie Lachance, and outfitted by costume designer Francois Barbeau, Dralion is an insane spectacle, though a little differently insane than I had imagined it would be.

The narrative follows the four elements, who, having assumed human form, dance-battle and show off their various watery, fiery, earthy, and airy skills to wow the audience. Every now and then, you’ll catch a glimpse of the elusive Dralion—a combination of a dragon and lion that symbolizes harmony between the East and the West.

To be fair, when I accepted this assignment, everything I knew about Cirque du Soleil I had learned from The Simpsons and Knocked Up. I hadn’t even taken a gander at a YouTube video—something I have now been doing compulsively since the end of the show on Wednesday night. I had assumed that the ticket prices would be too spendy for a regular Josephine like me, or that the circus would be too artsy to me to enjoy. And while both of those things could be true (supposing you buy the super up-front seats, or just hate art), my assumptions weren’t accurate.

While the art of Dralion is kind of in-your-face, the concepts are easy to grasp, and just as easy to ignore if you aren’t into that sort of thing and just want to look at the wild, flying bodies—except for the music which tended, in this show, to overextend itself by trying to create harmony where it just can’t exist, such as between banjo and synthesizer. The show is worth the cost and worth enduring the new-ageness in order to be entertained, amazed, aghast, and envious of what the performers can do with their bodies.

Dralion comprises 50 international acrobats, singers, musicians, dancers, and gymnasts, and twelve different acts (two in alternating rotation) including some amazing trampoline work, hoop diving, juggling, and an unbelievable jump roping act that made me exclaim things like, “No effing way!” Not to mention the clowns, who were, at turns, both hilarious and terrifying. There was also a surprising act with a group of young girls juggling those Diablos that were popular in the late 1990s. A guy behind me was very excited that they might be making a comeback.

In the end, I couldn’t believe how much I was being entertained. I consume a lot of media, and attend a lot of events, but rarely am I ever just purely entertained, and Cirque du Soleil reminded me of how amazing and fun it is to just sit back and enjoy a spectacle. A few times, I caught myself clapping when no one else was. It was almost impossible to stop.