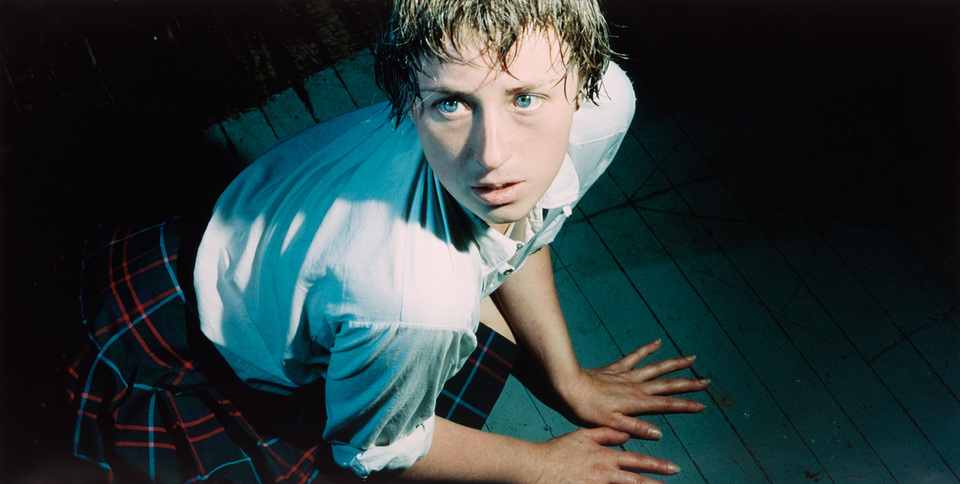 Introducing the new Cindy Sherman retrospective to the press corps at the Walker Art Center on November 8 (it opens to the public on Saturday, November 10), Museum of Modern Art curator Eva Respini mentioned the exhibit’s relevance “in the age of Facebook.” That’s the kind of phrase that’s often used synonymous with “in 2012,” whether or not the speaker intends to actually say anything substantive about online identity—but in this case, it was apt. Social media, Facebook in particular, now force many of us to engage questions of identity, artifice, and representation on a daily basis, and those are questions that are very relevant to Sherman’s 35-year body of work.

Sherman’s practice is perhaps the most focused and consistent of any major artist of her generation: she takes photographs of herself. As Respini made a point to clarify, however, though Sherman’s body is her major subject, her photographs are not self-portraits. From the very beginning of her career, in the 1970s, Sherman has been posing as characters in photographs that she creates entirely herself. The self-contained nature of her practice has become increasingly impressive through the decades as she’s created increasingly elaborate sets, added makeup, and in recent years begun to use Photoshop.

The exhibit, simply titled Cindy Sherman, is almost as accessible as the Walker’s Internet Cat Video Film Festival. Any visitor will be able to understand Sherman’s project, and to readily appreciate the craft and imagination that’s gone into her work. Some of the work is beautiful (notably the stunning “Untitled Film Stills”), much is grotesque, and all will fascinate. Respini noted that though Sherman is a pioneer of photography in contemporary art, she’s not steeped in the fine-art photography tradition: her references tend to come from film, television, and painting rather than from modernist photography. That means that the references in Sherman’s work are easy for the average pop-culture vulture to catch.

What makes Sherman great, though, is not merely her inventiveness, consistency, and eye-popping compositions: it’s the layers of questions her work asks, and that she refuses to answer. That refusal begins with the fact that all of her works are untitled, numbered in sequence by her dealer. Sherman’s work is fundamentally narrative, but she’s just illustrating the stories—you have to tell them yourself.

Respini pointed out a controversial photo in the “Film Stills” series, depicting a woman who some viewers see as a victim of sexual assault. Others, though, will look at the woman lying sweaty and distressed in bed and imagine a very different story. Either way, you care about the woman because Sherman makes her so human, so empathetic. I was surprised and impressed to realize, when Respini mentioned it, that the poses of the characters in the “Film Stills” series are drawn from men’s skin magazines; whereas models in such photos look serene and inviting, Sherman’s (clothed) characters are very much occupied with their own lives—whatever those lives may be. 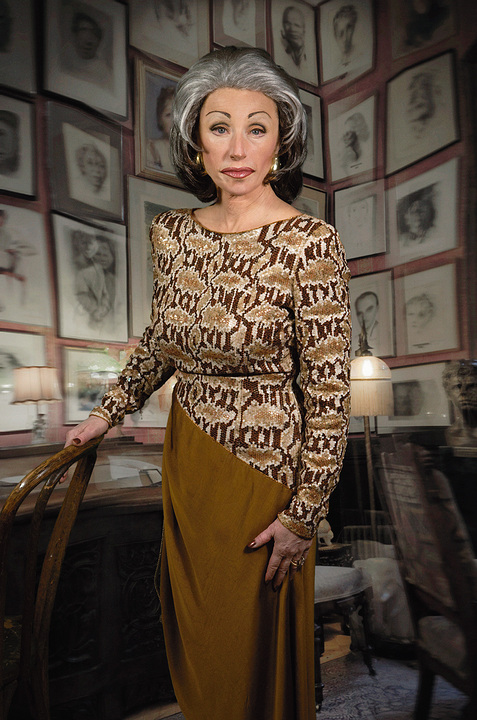 After moving through series inspired by fairy tales, Renaissance portraiture, and fashion, the exhibit concludes with Sherman’s remarkable series of society portraits: wealthy women “of a certain age,” as Respini put it (Sherman is now 58), both proud and vulnerable in their expensive clothes and lavish surroundings. The intentionally visible makeup Sherman uses to transform herself into these characters exaggerates—though sometimes only slightly—the unconvincing cosmetic alterations that people of means often seek to mask the effects of age.

This is the best kind of retrospective: a show that’s truly greater than the sum of its parts. The society portraits gain enormous power from being seen in the context of Sherman’s early work, when her hide-and-seek game with herself seemed playful and often sexy. As the viewer moves chronologically through Sherman’s life and work, her practice gains gravity and, increasingly, questions itself. If Sherman’s photographs are not self-portraits…what does it mean for a photograph to truly depict the self? In the age of Facebook, that’s a timely question indeed.