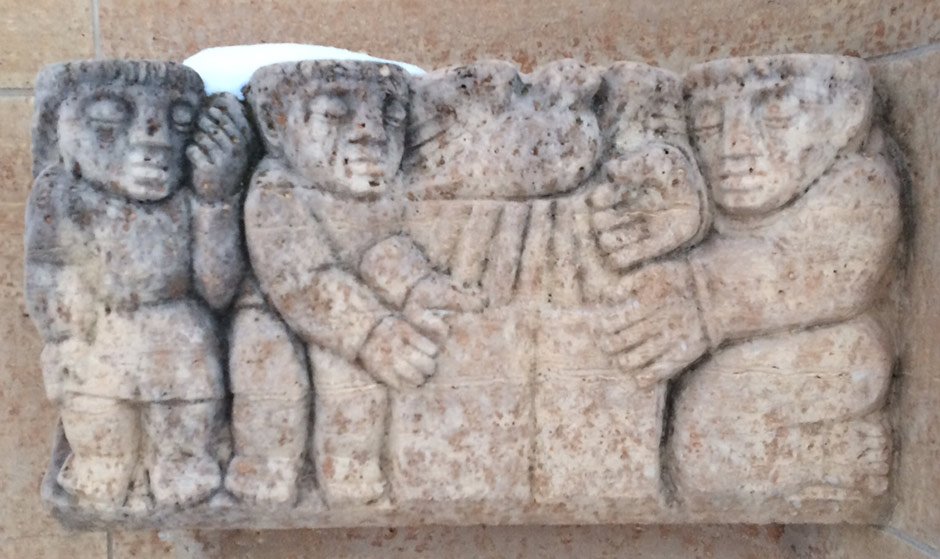 Quietly tucked among the rows of cozy bungalows and tree-lined streets of the Longfellow neighborhood rises an architectural masterpiece—a building so significant that architects and art enthusiasts from around the world have traveled to see, study, and photograph it. Christ Church Lutheran, designed by renowned Finnish architect Eliel Saarinen, has graced the corner of 34th Avenue South and 33rd Street since 1949.

A Church for a New Era

Built in the Modern style, Christ Church Lutheran embraces simple lines, makes honest use of materials, and is serenely illuminated with natural light. In his design of Christ Church, Saarinen ignored all preconceived, pre-war notions of what a church should be and set out to create a place of peaceful beauty, using only the bare essentials, hiding nothing. Instead of the heavy, plastered walls adorned with statuary found in so many Gothic churches of the time, we see the warm, tan bricks that make up the walls, the light, natural wood pews, and the sunlight, streaming freely through columns of windows that work in concert with brick pillars to create the side walls.

Light, and how it’s reflected on the walls of the sanctuary, plays an integral part in Saarinen’s design. “The light that’s coming into this space isn’t illuminating stain glass windows or terra cotta tiles on the floor,” explains Pastor Kristine Carlson, “But it’s illuminating the people and the space that we’re in. As light comes into the space, we’re more visible to each other and we’re warmed by being with each other.”

As a young architect in Finland in the early twentieth century, Saarinen designed many buildings in the romantic style popular at the time, most notably the Helsinki Central railroad station, which was completed in 1914. It was his proposed design for the Chicago Tribune office tower in 1922 that brought Saarinen to the United States. Although his design took second place, glimmers of it would appear in a number of the skyscrapers built in American cities during the 1920s and 30s. In 1925 Saarinen was asked to design buildings for the Cranbrook Academy of Art, where he would eventually teach cutting-edge designers Charles and Ray Eames and his son, Eero Saarinen.

Eliel Saarinen took his first steps into ecclesiastic design in 1942 when he drew up plans for First Christian Church in Columbus, Indiana. In his design of Christ Church a few years later, Saarinen further refined and pared down several of the same elements that he used in the First Christian Church, creating what many believe to be his masterwork.

“We like to say that he practiced there, and perfected here,” jokes Twin Cities preservationist Will Stark, but all evidence suggests he’s right. After all, Christ Church created quite a stir when it was first built, attracting the attention of architects from around the world and garnering mention on the pages of Life Magazine. Although Eliel Saarinen died in 1950, only a year after Christ Church was completed, the impression he left on Modern architecture lived on—Christ Church became the prototype for many Lutheran churches built throughout the country over the next several years.

When the congregation was ready to add classrooms in the early 1960s, Eliel’s son Eero Saarinen, a renowned American architect in his own right, stepped up to create an addition that complemented his father’s original design. Eero Saarinen, who was perhaps best known for his design of the Gateway Arch in St. Louis, died unexpectedly in 1961, before the Education Wing was built, but construction moved forward according to his plans. After the addition was completed in 1962, the congregation purchased hundreds of Eames molded plastic chairs, designed by Eliel’s former student Charles Eames, to use in the new classrooms.

In 1977, the American Institute of Architects honored Christ Church with the prestigious Twenty-Five Year Award, and in 2009 it became the only church in Minnesota to be declared a National Historic Landmark. The Friends of Christ Church Lutheran, an organization dedicated to preserving this historic landmark and sharing its history, formed in 2008. In addition to raising funds to restore the tower in 2011, the Friends lead the effort to refurbish the Eames chairs in the summer of 2013.

Christ Church Lutheran is located at 3244-34th Ave S and welcomes all visitors. Sunday worship begins at 9:30 am, and free tours of the church are offered at 11 am on the second Sunday of each month. Visit the Christ Church website for more information and to see a complete listing of events. See more photos of the building’s architecture.