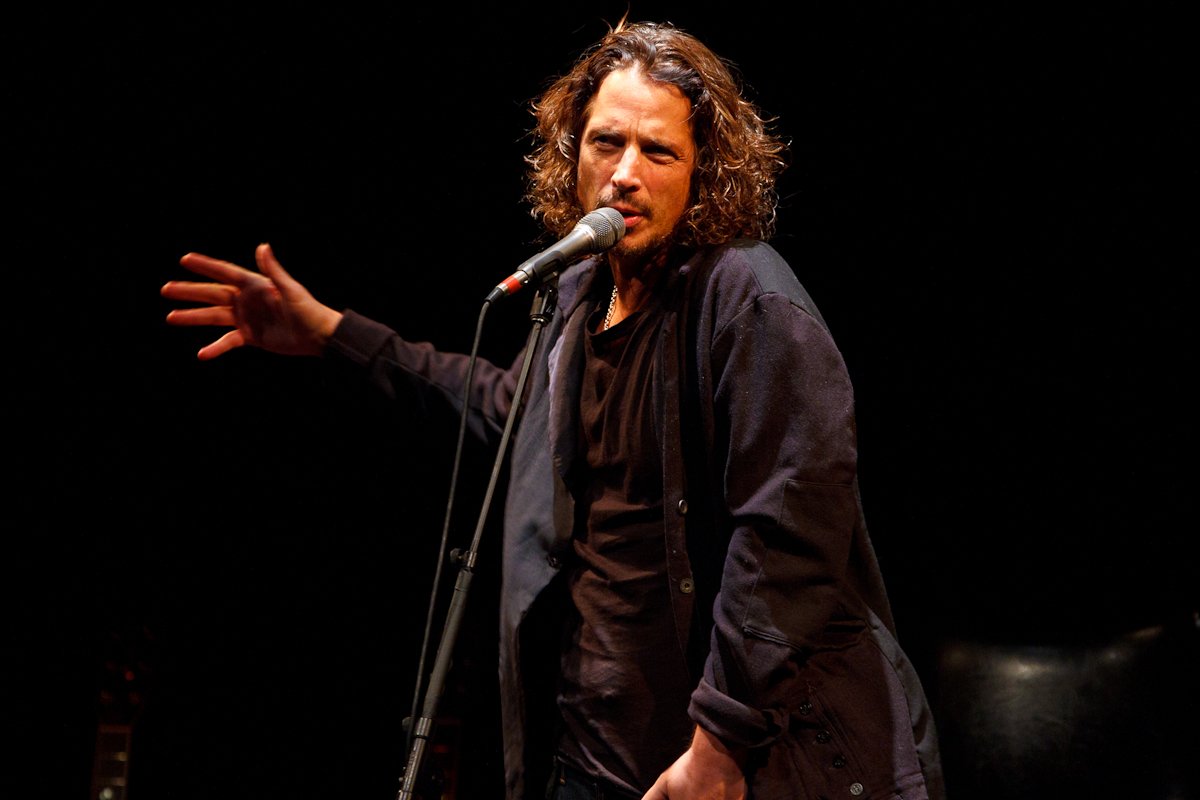 I was 14 years old when Superunknown was released. I remember being motivated to buy it after hearing “Fell On Black Days” and “Black Hole Sun” on the radio and being absorbed by Kim Thayil’s licks and Chris Cornell’s stellar vocals that were unlike anything I’d ever heard. The ‘Screaming Elf’ on the cover freaked me out so badly and it was impossible not to stare at it while listening to the album.

Soon to follow, I picked up Badmotorfinger and Louder Than Love, but it was Superunknown that got worn out in my CD player and is still a regular whenever I want to rock out. Chris Cornell’s voice is so smooth and transcending, no matter your musical taste, you can’t help but be stirred by it. That’s why his career has spanned decades, and why he played to a sold out crowd at The O’Shaughnessy last night.

Soundgarden’s frontman rolled out onto stage on a red beach chopper-styled cruiser, complete with black handle bar tassels, to screaming fans who regularly yelled, “I love you Chris!” throughout the night.

“I’m gonna do some songs. That’s all that’s gonna happen,” Cornell said as he pulled on his guitar.

He opened with “Scar On The Sky” to set the tone for the poetic evening, the power of his voice silencing every audience member. Like the ‘Screaming Elf,’ you couldn’t look away and you couldn’t get enough.

After a gripping “Two Drink Minimum,” Cornell made fans laugh with a story about his first time to Minnesota during a van tour with Soundgarden in the winter. He claimed he put on every piece of clothing he had brought with him, including three pairs of pants, before going outside and proceeding to see no one on the streets. He was shocked by how “fucking freezing” it was. “That’s why all the people here have a birthday in the same month or two.”

His crowd interaction was fantastic, giving backgrounds and stories about songs before proving their value by playing them. Described as an effort in creating an organic sound, “Silence The Voices” rang out from a record player while Cornell belted the lyrics sans guitar. “It’s the most fucking expensive record I’ve ever bought,” he said, referring to the record as he pulled the vinyl off the player afterwards. “But it’s worth it.”

His introduction to “Original Fire” described what it was like to start a band in the 80s and make it work. “In Minneapolis, vital underground shit happened,” Cornell said. “So we said, if it can happen there, it can happen here (Seattle).” Then, stage lights went red and Cornell killed it.

Following came “Sunshower,” “Sweet Euphoria,” and new Soundgarden cut “Halfway There.” His voice sweeping from one song to the next, the man makes you feel as though you’re the only one in the room.

After bringing perfection, there was nowhere to go but up with “Seasons.” This was the one song I most wanted to hear, and I got my wish. It is the definition of the art of song writing:

And why not keep it going? “The Day I Tried To Live” came next. Then Audioslave made an appearance with an entrancing, slow version of “Like A Stone.”

Sad yet triumphant tribute to Natasha Shneider “When I’m Down” came next with Shneider’s piano playing on vinyl and Cornell walking the stage as he beautifully sang the melody. He made the audience realize the importance of a talent such as Shneider, and the importance of remembering her.

Cornell was joined by Bhi Bhiman for “Hunger Strike,” and Bhiman held his own in the song despite the fact that his vocal abilities don’t come close to Cornell’s. A talent in his own right, Bhiman is touring with Cornell.

Cornell was accompanied for one other song, “Never Far Away,” by his guitar tech Stephen Ferrara-Grand. Cornell described him as an “accomplished guitarist,” and was accurate in his description. Ferrera-Grand plucked with sauce and style, and complimented Cornell nicely with his playing.

“Misery Chain,” a song inspired by the film “12 Years A Slave,” was introduced by Cornell telling the story a of a free black man, Solomon Northup, who was kidnapped and sold into slavery in 1841, that the song and movie are about. Elegantly sang, the song aims to create awareness that slavery is still happening today and hopefully bring change.

Cornell threw in some outstanding covers including “Redemption Song,” and in the encore came “Billie Jean,” “Dear Prudence,” “Black Hole Sun” thrown in for good measure, and ended the night with “Imagine.”

His voice is so distinct, so dynamic, so powerful, and so emotional. It’s full of mystery, just like hearing the ocean in a seashell.