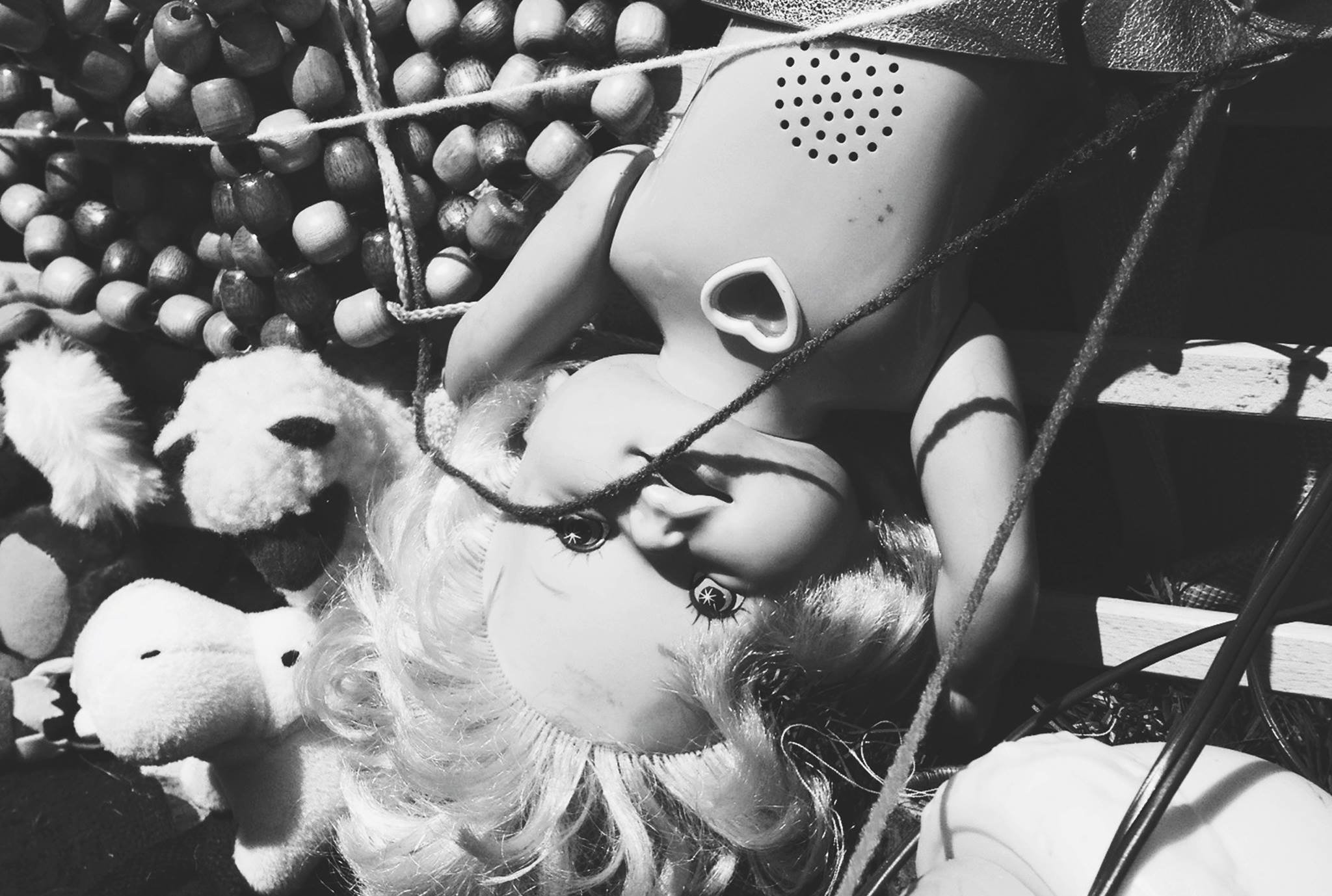 The Buoyant Group’s presentation of Jason Zabel’s Chief is at once whimsical and touching, irreverent and thought-provoking. With quips and pop references aplenty, Zabel’s script sets this tone immediately, drawing the audience into a world that is fascinating in both its familiarity and difference from the one they return to at the end of the performance. Still, it’s the physicality of this performance—the space, set, and roaming audience—that instantly makes Chief a uniquely enjoyable and memorable theater experience.

Chief centers around the plight of Chief Robert Marble (Tyler Stuckey), a young boy who, through a confluence of unfortunate events (including the death of his grandmother), finds himself living in a fire truck parked in a backyard belonging to a vodka-swilling grump and her daughter Doll (played by the show-stealing Kelsey Cramer). I know, I know. Stay with me. Chief is a typical 11-year-old in many respects, determined to build a Babel-esque tower to find answers to the questions we hear time and time again in young adult fiction: Who is my family? What is my value? Where do I belong? How many things can I balance on top of this television? Insert a Christ-crazed nosy neighbor, mysterious loincloth-clad visitor, a chicken named Zelda, and mid-show pizza delivery, and you’ve got Chief.

What’s so remarkable about this bizarre combination of characters is just how quickly you buy it. While it took a few moments at the beginning of the show to jump into a world where a flurry of flamingoes provide context and commentary, I was on board in seconds and never looked back. Much of this is due to the remarkable physical experience of the show. Performed at “the Mysterium,” the play begins with a driveway performance of Bonnie Raitt and Beyoncé, which audience members and neighborhood residents enjoyed with equal fascination and confusion. Moving into the yard, we wandered throughout the show, changing our perspective on static set pieces, and allowing for a variety of audiovisual effects that would otherwise be impossible in such a small space.

I have a feeling that if someone described this show to me I’d be determined to dislike it. I would label it messy, a collage approach to an art form that is as much about control and curation as it is about release. In fact, though, that is not the case. At one point in the performance a police cruiser sped by, and the action stopped momentarily. We sat in the grass, took another swig of lemonade, and another glance at Chief’s tower. The siren faded, and we were back. It didn’t feel disjointed, it felt real. Literally taking place outside of the theater, Chief becomes not a play, but something different altogether: an evening with neighbors that challenges us to welcome interruptions, and to never hold on too tightly to our definitions of even the most important things—religion, art, and family.