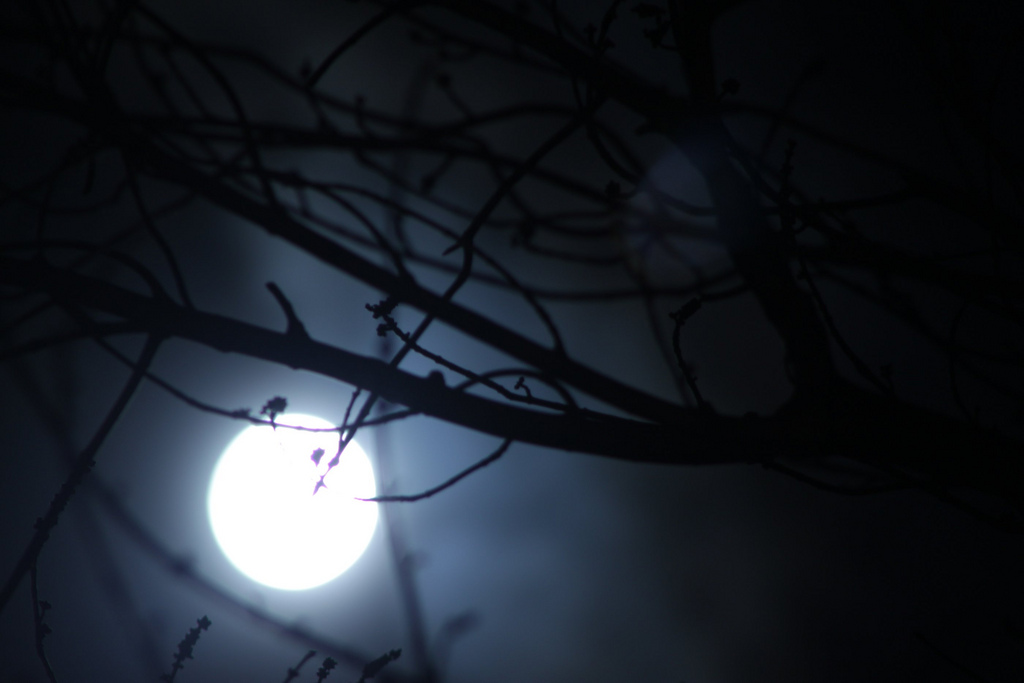 Last year around this time I attended BareBones Productions’ annual Halloween outdoor puppet extravaganza, and the thing I loved most about it was the feeling of being a part of a story crafted with you in mind. BareBones puts great emphasis on audience participation and that’s what really gives the performances their weight. I felt like I was truly being led down a path of ghostly orbs into an afterlife inhabited by beings unknown. I didn’t know what to expect and that made the performance that much more enchanting; there was infinite room for outlandish and unpredictable storytelling.

Sadly, this year did not quite live up to my expectations.

On the particularly crisp night I attended, the air was filled with the scents of sage and warm apple cider. I decided to dress in layers (which I highly recommend) as I was slightly underdressed last year and the cold made enjoying the performance difficult. This was the perfect atmosphere for the Halloween Extravaganza’s opening night.

The story that BareBones presents to you is more or less the same every year. The audience has to lift the veil between the worlds of the living and the world of the dead, where you watch the creatures that reside there engage in alluring ceremony. Large, well-crafted puppets, intricately designed costumes, fire dancing, aerial acrobatics and the incredible efforts of over 250 artists, musicians, technicians, and performers is what aids in the storytelling and visual splendor.

That concept was easier to understand last year, whereas this year it was slightly muddled. For the most part I had no idea what was happening in this year’s performance, titled Chicka-BOOM (and, yes, I was wearing my glasses this time). The storytelling wasn’t nonlinear by any means, it just wasn’t very clear until after I read the newsletter that contained the synopsis. Even after that, I wasn’t sure if what I had read matched the imagery that I had seen. Was it even supposed to? If not, does it matter?

To a degree it doesn’t, as BareBones has whisked you away to a place that isn’t constrained by the narrative rules we’re accustomed to. A world where death is celebrated instead of feared and where nature has this rich spiritual life that existed long before you arrived and will continue well after you depart. There are moments where the strangeness of glowing spheres pulsating with illumination as if they were taking shallow breaths seems normal. It’s beautiful to behold, but it’s hard to explain what that has to do with the story; in fact, I couldn’t really find the story.

But like I said before, maybe that’s okay. BareBones has been putting on its annual Halloween extravaganza since 1993, so it’s obvious they’re skilled at what they’ve set out to accomplish (having told the stories of Baba Yaga and her Fearsome Trials and the Sumerian myth of Inanna’s Descent to the Underworld in previous years). Chicka-BOOM lends itself to a surrealist mindset and plays on how easy it is for the audience to follow along in this regard.

However, there were moments in Chicka-BOOM that were grounded—for example, during every Halloween performance the audience is encouraged to call out the names of loved ones that have passed and then join the cast in a song of remembrance. A coherent story isn’t necessary for these moments to carry value and heart and no matter how I feel about the story heart is something that the Halloween extravaganza will never be in short supply of.