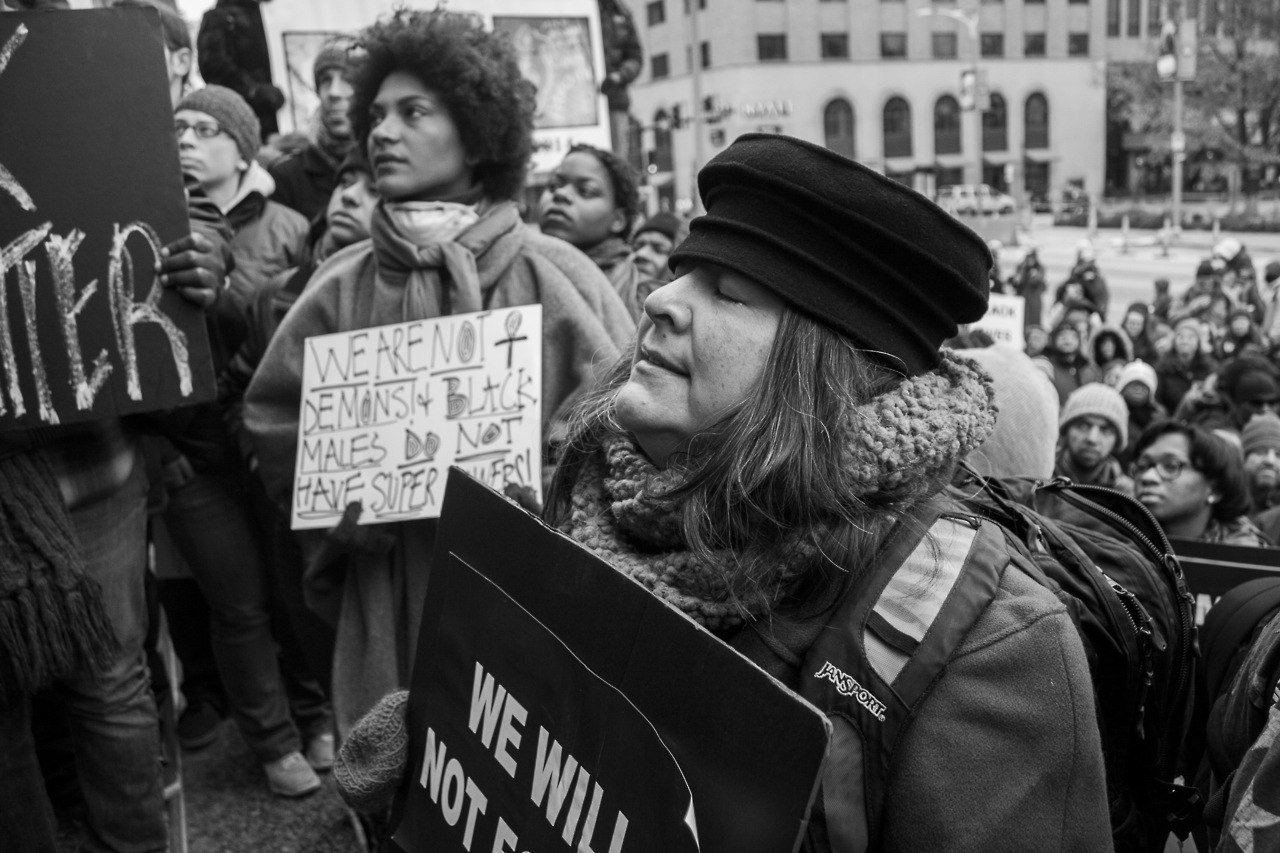 “I know how to tell the truth.”—Nancy Musinguzi

What can we accept as truth? Do we take the images of looting and rioting from a news network like CNN and say that’s it? Or is it in the blog that denounces the police of America as racist and trigger-happy?

Nancy Musinguzi and Patience Zalanga believe that truth is determined by what perspective you are viewing it from. So they decided to change their perspective from “looking in” to “being in.”

Musinguzi, a freelance photographer based in Minneapolis, and Zalanga, a fellow photographer and student at Minneapolis Community and Technical College, made two trips to Ferguson, Mo. in November.

A friend invited Zalanga, 22, because of her interest in social justice, one she credits to her father, a professor of anthropology at Bethel University. When Zalanga posted on Facebook that she was going with a group, Musinguzi, 23, asked to join.

“For me I think it’s about being someone who documents something,” Zalanga said. “If you don’t have people in the movement documenting it, then people outside of the movement—who don’t know anything about it—will write their own narrative.”

“I wanted to be in an environment where protesters are,” Musinguzi added. “Someone is gonna capture it and pen their own perspective on it. Why not let it be mine?”

The first trip they took was from November 17 to 23, prior to the grand jury announcement on Michael Brown’s case. Brown, an 18-year-old African American man, was shot and killed by a police officer named Darren Wilson in Ferguson. His death sparked protests in Ferguson and other communities. It also opened up a national conversation on the treatment of African Americans by cops.

On November 24, Robert McCulloch, the prosecutor of the case, announced there would be no grand jury indictment—meaning that no formal charges would be filed against Wilson. On their way back to Minnesota, Zalanga and Musinguzi heard the result on the radio. While watching the reactions on a livestream, their group decided to head back to Ferguson.

“I went straight to a military surplus store and bought my whole crew gasmasks because we were just prepared for anything,” Musinguzi said.

Back in Missouri, Musinguzi and Zalanga attended a protest at the Old Courthouse in St. Louis, the historic site where African American slave Dred Scott sued for his freedom and where all his trials took place. The court affirmed that a black person was not—and never could be—a citizen so therefore Scott could not sue. At the Old Courthouse, protesters were holding a mock trial indicting the city, National Guard and police.

“There were all kinds of people—white people, black people, kids, babies, mothers and fathers—all people from different types of races. It literally just looked like another Civil Rights movement.” Musinguzi described.

The group later assembled at City Hall, where Musinguzi was surprised to find police officers blocking the entrance.

“We turn around and there are just 60 to 100 police officers in full out riot gear,” she said. “I’m talking about with full ammunition and arms raised”.

During Black Friday weekend, both women were also involved in the #BlackoutBlackFriday, #ShutdownChesterfieldMall and #ShutdownWestCountyMall movements on social media.

Their goal was to counter what they saw as biased covered on major news networks—or images of looting and rioting that relied on sensationalism, Musinguzi said. The Ferguson protests they saw were positive, both said. That’s the perspective they wanted to capture on camera.

“Ferguson is the end of pain. I would say peace,” Zalanga said.

Yet some of the responses they heard while at the protests were disheartening. People would say, “you’re wasting your time” or just ignore them.

Musinguzi and Zalanga even saw outright anger from a white woman at West County mall. As protesters began chanting “shut it down” and held signs with “black lives matter” painted on them, the woman stood with both middle fingers raised in the air, Musinguzi said. When asked if she really wanted her photo taken that way, the woman replied affirmatively.

“Why do we have to convince people that this was a tragedy? That this is something to be mad about?” Musinguzi said.

Since late November, the protests that stemmed from Ferguson have yet to slow down. The movement found more reasons to continue after Eric Garner was put in a chokehold by New York police officer, Daniel Pantaleo. Garner was stopped on suspicion of selling single cigarettes. There is video evidence of the officer putting Garner in a chokehold (which is prohibited by the NYPD) and Garner can be heard saying, “I can’t breathe.” According to the New York City Medical Examiner’s Office, Garner died due to “compression of the neck,” but asthma, heart disease and obesity were also said to be factors.

Another lack of indictment came on December 3 and spurred even harsher public reactions especially because of the video evidence available. A number of cities have since held protests: Boston, New York, Los Angeles, Atlanta and even Minnesota. According to the Star Tribune, there were around 2,000 to 3,000 protesters at the Mall of America rotunda on December 20 for a #BlackLivesMatter rally.

After an emotional two months on the ground, Musinguzi and Zalanga both expressed hope for the movement to continue. They co-own a Tumblr blog called The Faithful Witness and have since posted their black and white images to help combat what they see as biased media accounts.

Musinguzi said the name of the blog refers to “faithful witness to the past,” or that “photography has the power to change the direction of the present, future and shift attitudes on what we understand as fact and truth.”

Through their camera lenses, Musinguzi and Zalanga made a choice to add their voices to the multiple narratives influencing younger generations.

The act isn’t hard with today’s technology, especially social media providing a broader audience than in the past. But while anyone with an opinion can say something nowadays, it takes courage to change words into actions.

Today more than ever, youth have greater capacity to organize, share opinions and find solidarity in struggle. Utilizing your skills and talents, you can be a promoter of change.

“Your silence will not protect you … so you have to speak,” Zalanga said.

Nancy Musinguzi is a documentary photographer, activist and writer based in Minneapolis. A recent graduate of Rutgers University, she uses her skills in photography to engage young people in conversations about social justice, community engagement and the power of visual art in media. She works as an artist-in-residence at the nonprofit organization, Youthprise.

Patience Zalanga is a student at Minneapolis Community and Technical College, pursuing her associate of arts degree. A ThreeSixty alum from Como Park Senior High, she works at The Network for the Development of Children of African Descent, where she assists high school students with youth participatory action research. Patience loves engaging people with pictures and hopes to become a journalist. 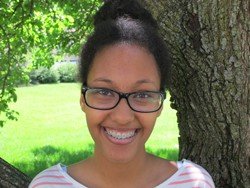 Selam Berhea is a junior at Blaine High School. A graduate of ThreeSixty’s 2014 Intermediate Journalism Camp, Selam would love to interview Anderson Cooper and learn why he is not scared while reporting in dangerous areas. She loves to sing and travel. Fun fact: As a special talent, she can also wiggle her left ear. Ask her to demonstrate!