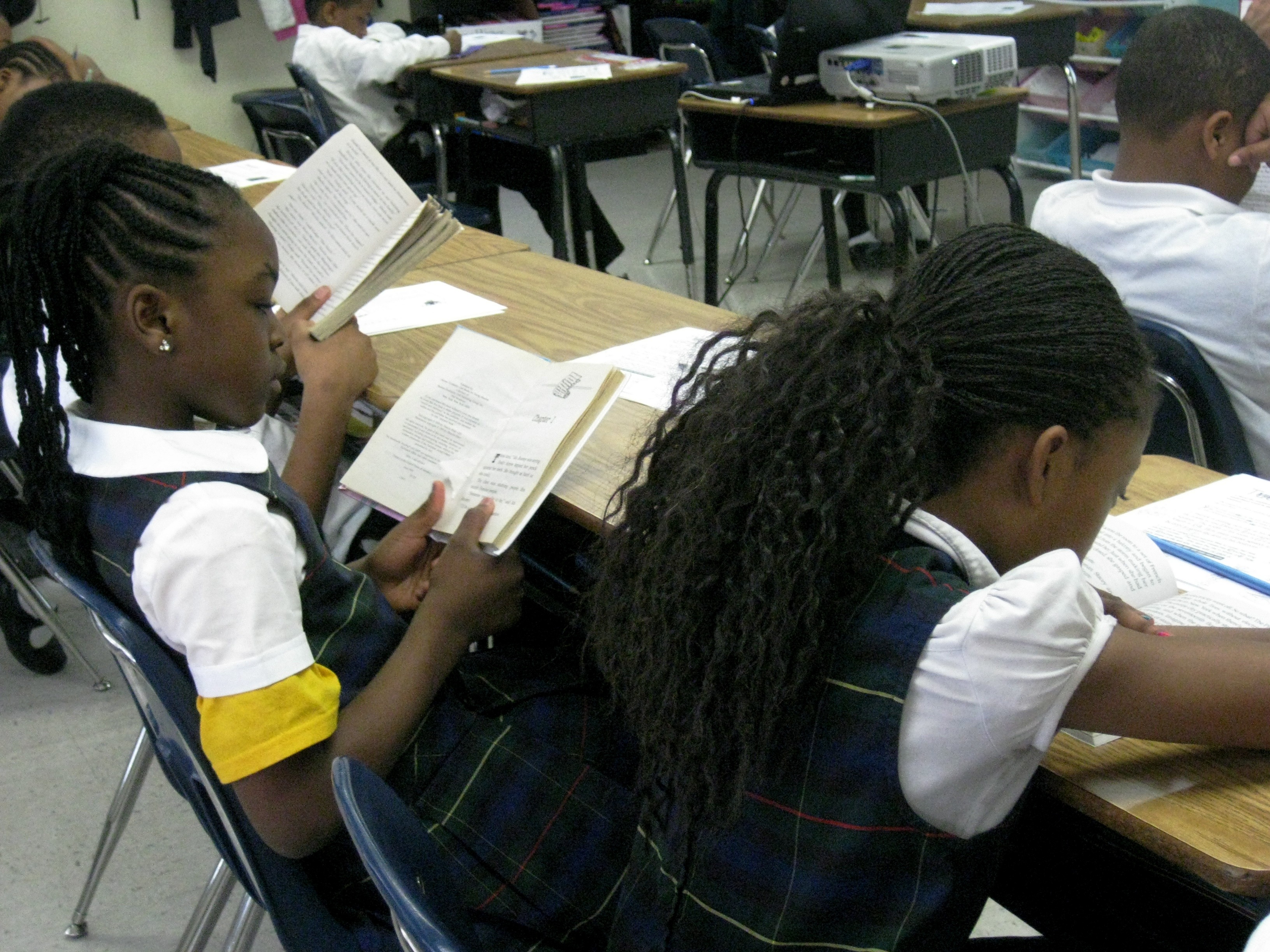 Not all special education students or classrooms are alike. Some students need more services. Some need separate classrooms for portions of the day. In the Minneapolis and St. Paul districts combined, 18 percent of special education students fall under setting 3, a category used to describe students whose disabilities require that they work outside the mainstream classroom more than 60 percent of the day. In area charters, only 5 percent are in setting 3. [Click here for more on the data.]

What accounts for the difference?

At least three factors are important influences on special education enrollment: parent choice, differences in scale and years of experience.

Parent choice inarguably impacts the difference in student enrollment. Some charter leaders say they gently discourage students with particularly challenging needs from attending their schools — that may impact parent choice.

“I know that it probably comes across as charters not wanting the kiddos. That’s not the case at all,” said Karen Kennedy, director of Innovative Special Education Services, an organization that advises charters how to work with special education students “The bigger programs are more cost effective, have more resources.

“The bottom line is, for those of us in this field in Minnesota, what’s best for the students?” said Kennedy.

Minneapolis and St. Paul Public Schools rely on a network of specialized programs located around the districts to meet the varying needs of students labeled setting 3. These programs have been developed over many years.

Although they have leeway to contract with outside service providers, charters have to be prepared to meet a huge range of needs within a single building. In many cases, schools create setting 3 programs from scratch for a single student.

Special education leaders on both sides say that comparing disability services in charter versus big district schools is comparing apples to oranges, yet comparisons are made frequently and cause grief on both sides.

“[They say] public [i.e. big district] school students are not making as big of progress. Well the populations are different. A sizeable proportion in the public schools have disabilities, and they have severe disabilities, yet everybody is supposed to achieve at same level,” said Kim Mesun who works with families of Minneapolis students with special needs who transfer into the district. “Don’t compare us across the board as if we’re the same, because we’re not the same.”

Some groups of students who are more likely to have disabilities, including kids in juvenile detention and preschoolers, are served by the big districts almost by default.

According to a representative from the Minnesota Department of Education, charters can serve those groups of students, but they have to go through a charter amendment process and get approval from the state.

The funding system is a point of contention for districts that pick up charters’ bills. In 2011, a state task force working to reform the education finance system recommended that 10 percent of a student’s special education costs be covered by the charter where they’re served. They recommended the change be accompanied by an adjustment giving charters access to local referendum dollars they’re currently left out of.

Brian Bloomfield, director of charter Nova Classical Academy in St. Paul, said that a 10 percent change to special ed funding unaccompanied by new revenue for charters, would cost his school tens of thousands of dollars. “It would have a dramatic and very deleterious affect on my school,” he said. Some 5.7 percent of his students were in special education last fall.

He said that Nova ends up paying some of the school’s special education costs, anyway. It’s difficult for his school to find special education teachers and specialists such as speech therapists who will work at the market pay rate, especially since the charter can’t always offer full time work. Nova picks up the extra expenses.

The number of special education students in charter schools is a point of conflict in an argument between a camp of reformers that says charter schools will lead the way in improving the nation’s education system, and detractors who say the model is a step towards privatizing education.

When the Daily Planet reported in August that the Minnesota School of Science chose not to renew a one-year contract requiring the charter to provide services to Minneapolis district setting 3 students, bloggers used the article as ammo for an argument that says charter schools pick and choose the students they work with and are really not public.

Open to all students?

Overall, Mesun said even families of students with significant disabilities have more school options now than they did before charters existed.

Schools like Fraser Academy in Northeast Minneapolis or Lionsgate in Crystal are designed specifically to be inclusive of students with special needs. At several charter schools in Minneapolis and St. Paul, 20 to 30 percent of students are in special education.

Still, districts play a role in serving special education students that charters currently could not fill. Said Mesun, “I think we need to recognize that charter schools are not always open to all students.”