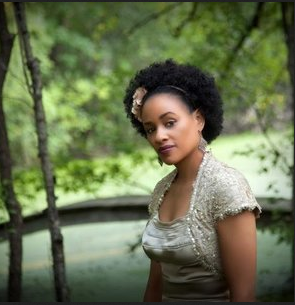 The Twins Cities, quiet as it’s kept, has a swinging jazz scene.  Fortunately for fans of songbirds, this gives premier chanteuse Charmin Michelle (charmsongs.com) a home base.  From which to do quite nicely around town, across the states and internationally.

Michelle is of the mellow, true old-school.  Classic cool.  With a signature style.  She established a presence in 1993, nominated Best Female Jazz Vocalist at the Minnesota Music Award and has thrived ever since.  Tours have taken in stints playing The toured Germany, Egypt, Israel, Sicily, Italy, Turkey, and Greece—and, on of her trips through Spain, going in the studio with likes of such heavyweights as saxmen Henry Allen, Grant Stewart, and Scott Hamilton, guitarist Peter Bernstein, pianist Ignasi Terraza and the Toni Sola Quartet.  She’s done four very well received CDs, Your Eyes, Hot (with Doug Haining and the Twin Cities Seven), Destination Moon and, in 2008 , Pure Imagination (with guitarist Joel Shapira).  As with more than a few artists, it can take a minute between fans getting the chance to buy more of her music.  She told Twin Cities Daily Planet a few years back that she was “working on the concept for a new CD, and hopefully more international tours” and asked when, in her guess-timation, there’d be something new, tersely replied, “Unfortunately I don’t have a guess-timation. I have a few irons in the fire at the moment that are in the planning stage. Hopefully a new CD (or CDs) will be the end result.

So, for the time being, live audiences get lucky with her extensive February itinerary.  She’ll be at Storm’s Fireside Pizza in Richfield, Mondays and Wednesdays throughout the month.  She hits the Cinema Ballroom in St. Paul on Feb. 22 with Jerry O’Hagan and his Orchestra and wraps a splash at Minneapolis’ downtown Marriott for the Wishes and More Winter Ball “A Cosmopolitan Affair” the evening of Feb. 28.  That afternoon you catch her at Midtown Global Market in South Minneapolis with Shapira.  Clearly, she enjoys collaborating.  “

“I love doing [it]. I enjoy sharing ideas and learning from the other artists. I generally collaborate with musicians I’ve worked with for a long time and with whom I’ve built a musical relationship.”

Revisiting the subject of recording, she states, responds to a query as to how going in the studio, crafting an album, differs from live performing, “Actually for me, the singing live is the set up for crafting the album, thus relieving the stress of preparing for recording. We choose our strongest material, confirm our arrangements and record. Studio can be a little challenging because you have no audience to feed off. I try not to nit-pick myself to death.”

“I’m currently working on some touring here, in France and Spain. My Barcelona based quartet and I are in the very early stages of planning a recording session for a CD.”

Whenever she finally records again, there shouldn’t be any like of an eagerly awaiting audience that’s snatch the disc up, mindful it might a while before it happens again.