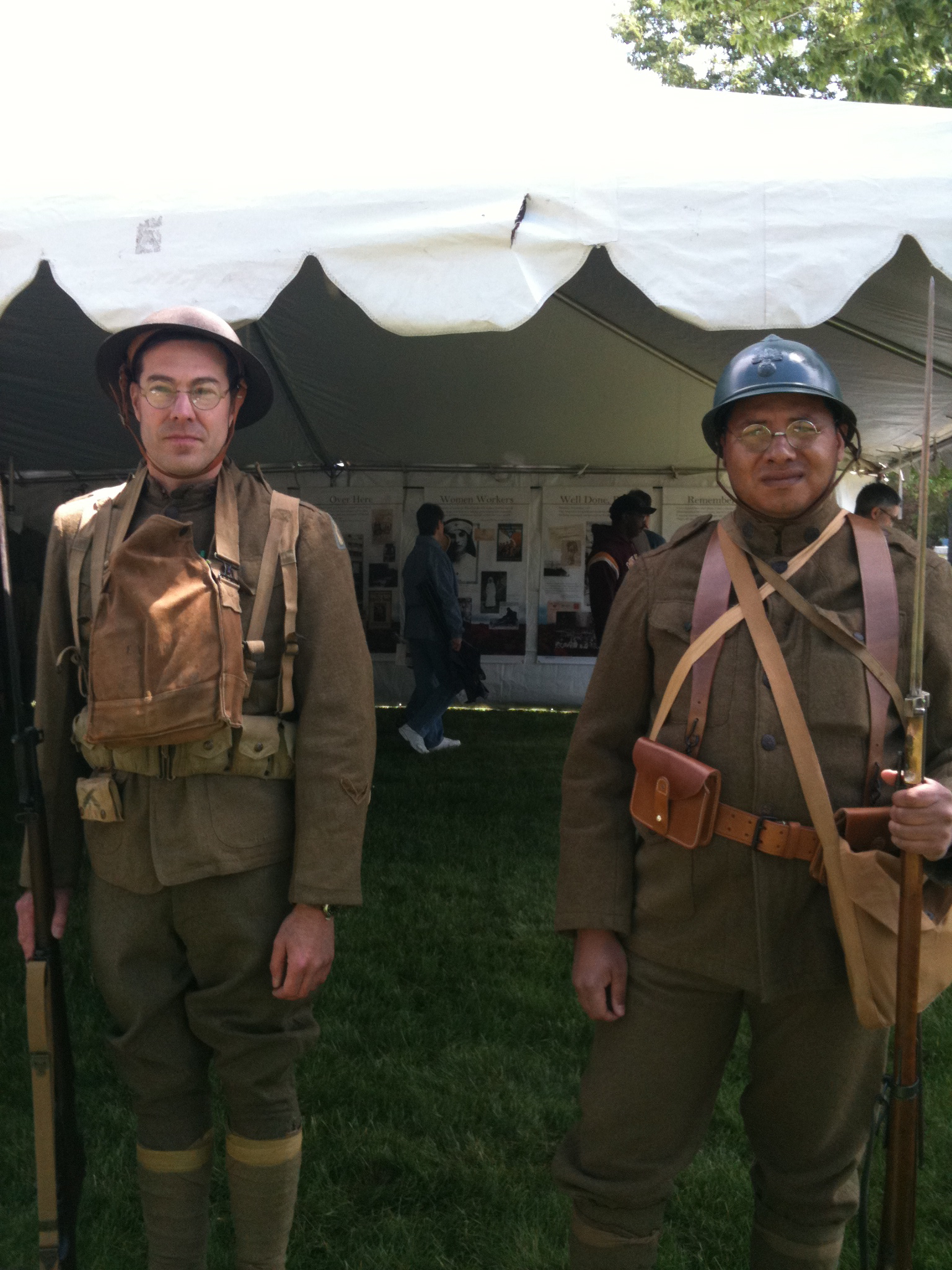 Straddling the border of Minneapolis and Robbinsdale lies Victory Memorial Drive, a tree-lined parkway dedicated to the 568 men and women from Hennepin County killed in World War I. This scenic area in the northwest corner of the city is one of the largest World War I memorials in the country, was designated an official historic district in 2003 and celebrated its 90th anniversary on Saturday as part of a rededication following a $6 million public rehabilitation project.

Nearly 1,000 people endured a cool summer morning and afternoon to pay tribute to and remember those who have given the ultimate sacrifice in service to our country. The day kicked off with a Say Thanks 5K Run sponsored by the Minnesota Military Appreciation Fund and attendees enjoyed a variety of activities for all ages including a historic scavenger hunt, an exhibit featuring war artifacts and machinery displays and a children’s arts and crafts area, where they could build their own “Silent Wings,” an aircraft without an engine used in World War II. Hackenmueller’s Meats, a locally owned butcher shop favored by area residents, offered bratwurst, hot dogs and hamburgers for sale and everyone was invited to take home a free commerative poster as a constant reminder of the cost of freedom.

The rededication ceremony began at 11 a.m. with a welcome by Hennepin County Commissioner Mike Opat, who highlighted that the new flagpole monument is made out of Minnesota granite because “stone is forever, just like the dedication of the brave men and women in our military.” Sounds of Blackness, the Grammy Award-winning vocal ensemble based in the Twin Cities, offered a dynamic presentation of the Star Spangled Banner. Remarks were also heard from other local elected officials and distinguished guests including Minneapolis City Council President Barb Johnson and Robert Petzel from the U.S. Department of Veterans Affairs. Petzel, a Minnesota native appointed as Under Secretary of Health by President Obama in 2010, noted that this memorial takes on added significance since the passing of the last remaining World War I veteran, Frank Buckles, earlier this year. Retired Lieutenant Colonel Mel Ohman recited the 1915 poem “In Flanders Fields” and the Robbinsdale City Band entertained those present with several patriotic tunes including John Philip Sousa’s “Stars and Stripes Forever,” the national march of the United States.

At the original dedication of Victory Memorial Drive on June 11, 1921, more than 30,000 people assembled to dedicate the elm trees planted in memory of the fallen soldiers of Hennepin County. The crowd was addressed by Governor J.A.O. Preus and a telegram was read from President Warren G. Harding as airplanes flew overhead dropping roses, poppies and peonies. The establishment of this parkway was a matter of world-wide interest, and when General John J. Pershing visited later in 1921, he remarked, “I can conceive of no more fitting monument to the heroic dead of Hennepin County than this great Victory Memorial Driveway with its living borders of magnificent trees. Here, present and future generations may come and witness the tribute of a grateful community to its fallen heroes, and meditate on their own duties and obligations as citizens.”

Known at the time as “The Great War,” World War I introduced such horrific advances in military technology as the use of poison gas and barbed wire and strategy involving trench warfare. During the Battle of the Somme in France from July to November 1916, more than one million soldiers died. Walter Lindahl, one of the 568 Hennepin County residents killed in battle and honored by the establishment of this historic parkway, wrote home from somewhere in France on July 26, 1918: “Dearest Mother, I am getting hardened to this life now so I am getting confidence in myself and feel a little more able to grapple with this crisis that is now before us. I can now see nothing but victory in sight and soon everything will be bright again and maybe, if God allows, your humble son will return again.” Now and into the future, Victory Memorial Drive will stand, as Minneapolis Park Board President A.A. McRae said at the original dedication of the parkway, “a living emblem to the hallowed memory of those of our loved ones who made the supreme sacrifice for liberty, justice and humanity.”